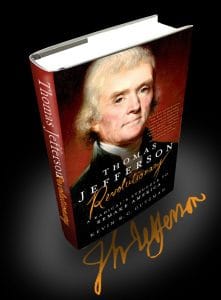 Mandeville, LA – Exclusive Transcript –“This is a horrific – -you’ve got to see the pictures of this – a horrific and violent act that was perpetrated on this train.  You know what the dude did?  There was a bomb – I’ve got the story here from – you have to go to British newspapers to find the story with a search warrant.  You can’t find it – if you’re looking for the story of the Russian train bombing, you’re not going to find it in an American newspaper.  There might be a little blurb on page A14 of the local fish wrap.” Check out today’s transcript for the rest….

Mike:  Where is all the sympathy for the 14 humans, fellow Christians, that were killed on a Russian train on Monday?  Where are the Je suis St. Petersburg memes?  Where is P. Diddy and the usual Hollyweird, whacko, heretic, apostate suspects standing in solidarity with the Russians?  Where are they?  [mocking] “Mr. Church, please, those people are communists.”  Communism is not the rule of law in the Russian Federation these days.  I hate to rain on your “USA! USA!” parades, but the Soviet Union is no more.  I don’t know if you people got the memo or not.  And even if the Soviet Union was still the pariah and the scourge that it was upon the Asian continent and the Eastern European continent, that doesn’t mean that all the people that lived in Russia or various parts of the Soviet Union were part of the communist government.  As a matter of fact, we have pretty good evidence and history now that that was not the case.  Why wouldn’t you pray for the souls that were lost on that train?

This is a horrific – -you’ve got to see the pictures of this – a horrific and violent act that was perpetrated on this train.  You know what the dude did?  There was a bomb – I’ve got the story here from – you have to go to British newspapers to find the story with a search warrant.  You can’t find it – if you’re looking for the story of the Russian train bombing, you’re not going to find it in an American newspaper.  There might be a little blurb on page A14 of the local fish wrap.  It’s not like it was when the madman recently drove his car over a crowd of people in London and killed five of them including a police officer.

I was reading this earlier.  I read it yesterday.  As a matter of fact, I changed my Facebook avatar to the Russian flag.  You’ll note that in today’s Pile of Prep, the graphic image is of the imperial Russian flag, last flown, I’m guessing, shortly before the 1917 Bolshevik Revolution.  Here’s the headline from the Daily Mail, “Russia terror attack: 14 killed in St. Petersburg.”  By the by, who is St. Petersburg named for, Christian?  [mocking] “Mitter Church, please.  We don’t have time to do that kind of thing.  Look, they’re not English-speaking people.  We only care about people that look like us.  We only care to mourn people if they were perverts, pornographers, or homosexuals and were killed by terrorists.  Then they’ve earned our sympathy.

I’m going to read you the caption from one of the photographs of the Daily Mail story.  Let me read this to you.  Where’s the sympathy for this woman?  “Well-known doll-maker Irina Medyantseva, 50, was among those killed in the bloodbath after an explosion ripped apart a carriage on the underground railway in St. Petersburg. She died saving her daughter.”  [mocking] “Mitter Church, it was a Russian kid.  She deserved to die.”  Right.  You’re pro-life, too, aren’t you?  Here’s another one, “Medyantseva threw herself over her daughter Yelena, 29, and in doing so saved her life, according to reports today . . . Also killed in the lethal shrapnel bomb in the city’s metro was Dilbara Alieva, 20, from Azerbaijan, who died from injuries at hospital after the terror attack.”  We’re not concerned about her, though.  She wasn’t a practicing lesbian.  If she was and the usual suspects find out, then they will rally to her cause.

“Maxim Arishev, 22, from Kazakhstan, was also killed in the explosion . . . was a regular visitor to St. Petersburg, and last year had visited with his girlfriend . . . Also wounded was 15-year-old Alexandra Zyablitskaya from Barnaul in Siberia. She had been to the city on a sightseeing tour with her grandmother . . . Psychologist Nadezhda Sosedova, 53, narrowly escaped death as she dozed in the bomb-hit metro carriage in St. Petersburg.”  There’s photograph after photograph after photograph of the deceased and those that survived. 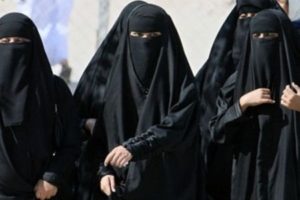 Listen to this.  Another bomb was supposed to go off but the Russian cops found it and defused it before it could go off.  It was filled with ten pounds of ball bearings.  You know what kind of damage that does?  It was disguised as a fire extinguisher.  If you fill it with ball bearings, which is a favorite tool of the Mohammedan, of the Orthodox Muslim, the Mohammedan Orthodox Muslim, the ball bearings act as bullets.  It’s the same thing as if you’re being shot at close range by a .38 caliber slug, depending on the size of the ball bearing.  This one didn’t go off, and the one that did go off was filled with nails and other metal implements.

The point is this: where is the sympathy?  Are these people not worthy of being mourned as the English-speaking people in London were, as the French-speaking people after the Charlie Hebdo attack were, after the Nice, France attack were, after the Paris nightclub attack, after the attack on a well-known homosexual pick-up club in Orlando?  Remember all the mourning after that?  Remember the outrage, “I stand in solidarity with rainbow flags”?  Apparently you have to be a pornographer.  You have to be either A, English-speaking, or you have to be a pornographer or a homosexual in order to expect the prayers and sympathies of the American and the rest of the Western world peoples if you’re killed in a terrorist attack.  Why is that?  That’s a question that we will continue to explore the rest of the day.

There is a suspect now.  Yesterday is was reported it was a bearded Muslim dude, Arab-looking Muslim guy.  That guy turned himself in.  It doesn’t appear – I don’t have the latest news here, that the first suspect is the guy that is the culprit.  Now it is thought that Russian [paraphrasing] “Akbarzhon Jalilov, born in Kyrgyzstan, has been named by security as the suspected bomber.”  His “home country . . . has seen up to 500 join ISIS, and the Boston Marathon bombers were also from there.”  Here’s the details:

The horrific blast occurred between Sennaya Ploshchad and Sadovaya train station in St. Petersburg, Russia . . . Ambulances raced to the scene of the carnage . . . At least 14 people have been killed . . . Nobody has claimed responsibility . . . City transport bosses have closed four stations after an anonymous warning of another attack.

At least 14 people were murdered and 50 injured [Mike: Folks, if you go to the link that I put up there on the story, you’ll see the photographs of the aftermath of the blast, as equally devastating and vicious as any prior terror attack, yet crickets can be heard chirping out there in the night.] . . .

Jalilov’s home country of Kyrgyzstan, which borders Kazakhstan and China in central Asia, is predominately Muslim and has seen up to 500 citizens travel to Syria to join ISIS. Boston Marathon bombers Dzhokhar and Tamerlan Tsarnaev were also born there. It was the last of the Soviet republics to declare independence in 1991 . . .

Kyrgyzstan, a predominantly Muslim nation of six million, is a close political ally of the Kremlin and even hosts a Russian military airbase. But this morning it emerged that Akbarzhon Jalilov, the man suspected of being behind the St. Petersburg massacre, was born in the Central Asian country . . .

Despite initially issuing search warrants for two suspected terrorists, authorities believe the suspected bomber was behind the attack and also have intelligence to suggest he planted a second explosive device – disguised as a fire extinguisher . . .

Security has been intensified around Russia. Thousands of policemen and FSB in civil clothes have been deployed in St. Petersburg’s shopping centres, railway stations, airports – and other areas with crowds of people . . .

An FSB source said; ‘Pictures of the terrorist were passed to border control and check points in the regions of Leningrad, Murmansk, Pskov, and the Republic of Karelia.’

These regions have borders with Finland, Norway, Latvia, Lithuania and Estonia.

Mike:  If you look at this on a map, St. Petersburg is in the northwestern part of the Russian Federation, near Finland and I think Norway up there.  We should be able to get a pretty good – Finland, Belarus is nearby, and – well, Belarus would be the closest one.  It’s in the northwestern part of Russia.  To get reporting on this, as I said, you have to go to papers across the pond, as it were, or Russia Today.  Why is that?

Last Thursday on the program, we had a – I played some video clips for you, or the audio from the video clip, of the latest sting operation from the Center for Medical Progress and David Daleiden, who’s now been charged with 14 counts of invasion or intrusion of privacy by the California attorney general.  I’ve got this story from Jenna Ellis, “California Prosecutors Don’t Have A Case Against Planned Parenthood Whistleblowers.”  I played this for you on Thursday’s show.  It’s nothing short of amazing, folks, nothing short of amazing that the butchers at Planned Parenthood continue to get away and perpetrate what they’re getting away with and perpetrating, which is trafficking in human baby body parts.  First you have to kill the baby.  First you have to kill 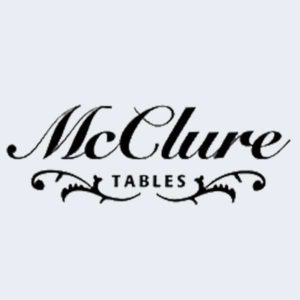 the baby.  Then you can harvest the parts, and then you can traffic in them.

The latest sting operation brings into clear focus – Daleiden’s latest videos, people are caught on camera intimating that babies are delivered totally intact and sometimes alive.  In other words, they survive the murderer’s attempt to kill them in the womb.  Then you have to be careful of who might be in the room before you can take the remaining action, because we don’t want people to be upset that work for Planned Parenthood that might have to witness the out-of-the-womb killing of the child.