Let’s just go through a little intellectual exercise here.  If you go back to the beginning, early ages of recorded history, one may have said that prior to the invention of the wheel, hauling things from point A to point B was pure drudgery.  Have you ever seen any of the shows, when The History Channel was actually about history — that’s an anagorism.  How long ago was that, a decade, when they use to have actual history on The History Channel?  Have you ever seen the shows on how they propose to show how the blocks that made, for example Stonehenge, which were hewn out of rocks from rivers, dozens of miles from where the actual site is.  Of course we wonder: How in the heck did they get those massive, 200-ton boulders from that river way down there all the way to here?  They figured out that they put them on logs and had armies of men and horses that were pulling the things and they would just move the logs in front of wherever the thing was to roll.  Wouldn’t they have benefitted mightily from a wheel?

You can say at one point in time when there was no wheel, whoever invented the wheel or went: Make that thing round and it’ll roll; instead of having it square, make it round and it’ll roll.  That was technology.  It was technology when we went through the Bronze Age and the other metal ages when man figured out that this stuff he kept making his fire by kept melting.  When the fire got too hot, he discovered that some of these rocks around the fire would melt because they had iron ore in the rocks or they had copper in the rocks or bronze.  They would discover, after the fire went out and the rock had melted, they’d look at a melted rock and go: Man, this stuff is hard!  You can cut things with it.  Then they figured out: Wow, what if we actually throw the rocks in the fire and try and capture the stuff that’s melting?  Then we can use another rock and beat it into a point.  Bammo, you’ve got a knife.

All I’m doing here is showing you that technology doesn’t have to be a computer circuit.  Technology can be something as simple as, again, melting a rock to get the ore out of it so you can make parts for the computer circuit.  That is technology.  We view technology as cool things, gadgets and what have you.  Technology is just something that humans use.  In our enlightened age here, we seem to have convinced ourselves, or many people have tried to convince themselves, that technology is actually the work of the future and that’s all that is needed.  No one will have to grow our food.  No one will have to milk the cows.  No one will have to figure out how to get the water from point A to point B.  We won’t have to go through any of the things we go through today because technology will replace all those things.  We’ll become like the people on the starship.  Did you ever see the movie Wall-E?  Did you or Eric see Pixar’s Wall-E?

Mike:  Ask Eric how close he is to becoming one of the passengers on the starship in Wall-E.

AG:  He thought you said Ali, not Wall-E.

Mike:  He thought I said Ali?

AG:  Yeah, as in the boxing movie with Will Smith.

Mike:  Well, in Wall-E you find out that technology has done everything.  They don’t even know what a plant is anymore.  They discover a corn plant and go: What is that!?  It’s green.  Is that what they used to call a plant?  Anyway, it’s a fascinating read about who we are and who we are to become. Young people listen up.  The essay is about 25,000 words.  I’ve highlighted about 1200 of them.

In Capek’s R.U.R., the costs are of a different kind. The products of Rossum’s Universal Robots rise up against their human owners and extinguish them from the earth. Versions of this scenario have proliferated almost without end in the nine decades since, spawning everything from the soft menace of HAL 9000 apologizing about his inability to open the pod bay doors to the Schwarzenegger-enfleshed titanium frame of the Terminator series laying waste to the carbon-only inhabitants of California. It was no mistake that Isaac Asimov structured his Three Laws of Robotics in a superordinate nest: (1) “a robot may not injure a human being or, through inaction, allow a human being to come to harm”; (2) “a robot must obey the orders given to it by human beings, except where such orders would conflict with the First Law”; and (3) “a robot must protect its own existence as long as such protection does not conflict with the First or Second Laws.” [Mike: So he establishes a little about robots, what they are, what they do. As I said, my contention is that Siri is a robot.]

We have always sensed that free time, time not dedicated to a specific purpose, is dangerous because it implicitly raises the question of what to do with it, and that in turn opens the door to the greatest of life mysteries: why we do anything at all. Thorstein Veblen was right to see, in The Theory of the Leisure Class, not only that leisure time offered the perfect status demonstration of not having to work, that ultimate nonmaterial luxury good in a world filled with things, but also that, in thus joining leisure to conspicuous consumption of other luxuries, a person with free time and money could endlessly trapeze above the yawning abyss of existential reflection. With the alchemy of competitive social position governing one’s leisure, there is no need ever to look beyond the art collection, the fashion parade, the ostentatious sitting about in luxe cafes and restaurants, no need to confront one’s mortality or the feeling banality of one’s experience thereof.

Even if many of us today would cry foul at being considered a leisure class in Veblen’s sense, there is still a pervasive energy of avoidance in our so-called leisure activities. For the most part, these are carved out of an otherwise work-dominated life, and increasingly there is a more permeable boundary between the two parts. One no longer lives for the weekend, since YouTube videos can be screened in spare moments at the office, and memos can be written on smartphones while watching a basketball game on TV over the weekend. What the French call la perruque—the soft pilfering of paid work time to perform one’s own private tasks—is now the norm in almost every workplace.

Stories about the lost productivity associated with this form of work-avoidance come and go without securing any real traction on the governing spirit of the work world. The reason is simple. Despite the prevalence of YouTubing and Facebooking while at work—also Pinterest-updating and Buzzfeed-sharing—bosses remain largely unconcerned; they know that the comprehensive presence of tasks and deadlines in all corners of life easily balances off any moments spent updating Facebook while at a desk. In fact, the whole idea of the slacker and of slacking smacks of pre-Great Recession luxury, when avoiding work or settling for nothing jobs in order to spend more time thinking of good chord progressions or T-shirt slogans was a lifestyle choice.

The irony of the slacker is that he or she is still dominated by work, as precisely that activity which must be avoided, and so only serves to reinforce the dominant values of the economy. Nowadays slacking is a mostly untenable option anyway, since even the crap jobs—grinding beans or demonstrating game-console feature—are being snapped up by highly motivated people with good degrees and lots of extracurricular credits on their résumés. Too bad for them; but even worse for today’s would-be slackers, who are iced out of the niche occupations that a half-generation earlier supported the artistic ambitions of the mildly resistant. It is still worth distinguishing between the slacker, of any description, and the idler. 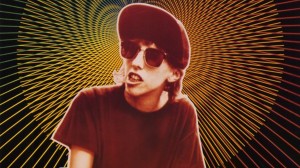