Mandeville, LA – Exclusive Audio and Transcript – You have people going on The O’Reilly Factor or going on Hardball with Chris Matthews or going on television shows that have no authority to make any decision whatsoever and having to make at-the-moment cases.  In other words, we have a fiat government.  Fiat is the Latin for “at will.”  We have an at-will government.  It is what it is when we say that it is; it’s what we say it is at any given moment.  If that is what we’re operating under, and it seems to me since so many people are jonesing for it that they want to operate under it.  My friends, tyranny is already here, you just refuse to see it.  The tyranny is already here. Check out the rest in today’s audio and transcript…

Mike:  Richard is in Hotlanta next.  Hello, Richard.

Caller Richard:  I want to say I appreciate you bringing to light Obama’s further transgressions involving the Libya issue than I’d originally thought.  If you can amuse me, I might just sort of delve into the minutiae again real quick.  Everybody has been saying Obama, in the Rose Garden, did not say it was terrorists.  Why doesn’t Mitt just say, “Mr. President, let’s just assume that you did say it was terrorists.  Then why the next two weeks all you did was talk about a video?  You went on Univision, The View.  You spent $70,000 of taxpayer money to run ads in Pakistan apologizing for the video.  If you called it a terrorist act, which you’re claiming, Mr. President, then why is all we heard for two weeks was the video?”

Caller Richard:  It’s like we’re looking the other way.  All I’ve been hearing on the news and from the Romney camp is we’re trying to dissect what he said in the Rose Garden, which we all know he didn’t call it a terrorist act.  Why don’t we just give him that and say: You did call it that, if that’s what you’re claiming.”  I think that’s what Mitt was trying to get to during the debate the other night and was cut off by Candy.  We have him.  We have him lying, do we not?

Mike:  I quit.  Whatever you say, dude.  I quit.  Hold on.  Let me get my lighter out of my pocket.  The sound you’re about to hear is me burning a U.S. Constitution, folks.  [lighter striking]  If you weren’t listening, let’s go over this again, Richard.  Apparently I don’t make any sense.  I got a piece of hate mail from some woman named Darcy Trovill over this.  Mr. Gruss can back me up on this.  I never said that the president didn’t lie, didn’t delve into the issue of what he knew and when he knew it and whether or not he is guilty of a cover-up.  I never did it, didn’t say it, wouldn’t say it because I haven’t thought that I should say it.

What I specifically said was so what?  Big freaking deal.  He is the President of the United States, Richard.  If this thing in my freaking hand does not exist — it’s a U.S. Constitution — he has no freaking authority if he violates that sacred trust.  Maybe I’m just wrong and crocked in my head.  If he violates that sacred trust of that oath, then there is no presidency.  It doesn’t matter what he does afterwards in lies because we don’t have anything to hold him to.  [mocking] “Oh, he told a lie.  Let’s have a show trial on The O’Reilly Factor.  That’s gonna fix all this.”  My point is that he is the president.  He has to get permission from the Congress to bomb Muammar Gaddafi into the afterworld.  He did not do so.  The blood that is on his hands is for violating his oath to this.  That is what I care about.  Do you know why?  Because I want to prevent Mitt Romney from doing it, too.  I want to prevent Hillary Clinton, should she become president, from doing it, too.

Why doesn’t this make sense?  I don’t care whether or not he lied.  What I care about is did he lie when he violated his oath of office?  Did he exceed the authority that this document in my hands accords to him?  Yes, he did, and he ought to be railroaded out of office and town as a result of it.  That’s my point.  Why don’t you just humor me?  Explain to me why that doesn’t make more sense than chasing the guy around a debate stage and asking him what he knew and when he knew it?

Caller Richard:  But we both know that Mitt has already not gone down the correct path.  We know the path he’s going down.  I guess my comment was I think Monday, in the debate, I hope that Mitt at least sees that.  I’m on your side, Mike.  I agree.

Mike:  I’m just trying to understand why, when I explain it as I just did — and I had to pummel my precious personal copy with underlines and notes in it, of the Constitution to do so — why when I try to explain this, why do people that call themselves conservatives send me hate mail laced with F-words?  Why?  I want Obama gone.  I just want to do it legally and correctly.  I want to prevent the abuses that he’s visiting on our republican form of government from ever happening again.  You people out there just want blood.  It’s in the water.  You want Obama gone.  You don’t care how he — I don’t mean to say you, Richard.  You seem not to care as to how we get rid of him.  Does it not matter what the future occupants of the White House, of the Oval Office, does it not matter what power they can or cannot exercise?  Where is the disconnect here?  We all agree that the czars are wrong.  We all agree that all the other things, the nationalizing, the industries, that these are all wrong things.  If you don’t use this to correct them, what do you have?

You have people going on The O’Reilly Factor or going on Hardball with Chris Matthews or going on television shows that have no authority to make any decision whatsoever and having to make at-the-moment cases.  In other words, we have a fiat government.  Fiat is the Latin for “at will.”  We have an at-will government.  It is what it is when we say that it is; it’s what we say it is at any given moment.  If that is what we’re operating under, and it seems to me since so many people are jonesing for it that they want to operate under it.  My friends, tyranny is already here, you just refuse to see it.  The tyranny is already here.  If they can do whatever they want because they currently hold the office and you gave them sanction to do it, then why am I even holding this Constitution in my hand?  Why does it even matter anymore, Richard?  We should all just throw our pocket Constitutions away.  As a matter of fact,

don’t anyone ever call me up and quote Article 1 through 7 to me again, because I’m just going to say, “What’s that?  I don’t even know what you’re talking about, dude.  We’ve got a fiat government at will.  Those guys can do whatever they want.”  That’s the way business is being done here today.

At the end of the discussion here, what ought to be evident, to me anyways, and I would hope — although I am losing hope — would be evident to other people is, do you really, seriously not believe that if elected, Mitt Romney will not use some of the excesses of power that have been handed down to him from past abusers of the Article 2 office of the presidency?  If you reject that, okay.  You’re a believer in something that I don’t think exists.  If you fear that, then you should want, with every fiber of your constitutional being, want it to be a sin, a crime, an impeachable offense against the document that gives him power.  He doesn’t have any power unless there’s a constitution.  I hope that that explanation made it just a bit more clear. 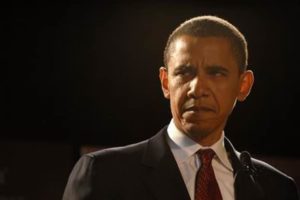 0Shares
article 2Chris MatthewsConstitutionfiathardballlatinLibyao'reillyObamaromneyterrorist
Previous PostRomney and Obama Are the True Successors to King George IIINext PostHey DeceptiCONS: Do We Have to Spread Some American Exceptionalism in Bangladesh?

Mike, do not give up hope. People write nasty stuff because you are shaking the foundations of all they hold near and dear. They have been taught to believe that government is always good, kind and benevilant. It us hard to come to grips with our current state of affairs. You, and only you are the voice crying in the wilderness. There are twice or three times more people listening to your show nodding agreement then the mail you are recieving. Do not be discouraged. We are here, we get the msg. And You are our mentor.