Romano Guardini And The End Of The Modern World

Mandeville, LA – Exclusive Transcript – “Guardini wrote about this in 1910 or so, “The Christian Foundation of Modern Values.”  You want an inside track on what’s really going on in most people’s brains today, or in their minds and how they think, read this.”  Check out today’s transcript for the rest….

Mike:  “Superman vs. Mass Man in the Technocratic Age” by Keith Lemna.  Listen to this.  I’d never heard of this particular writer, so I looked him up.  Boy am I glad that I looked him up.

The writings of German theologian, philosopher, and cultural analyst Romano Guardini (1885-1968), one of the most influential Catholic intellectuals in the 20th century, have come to the fore with the papacy of Pope Francis, well-known to be a great admirer of his. Pope Francis’ encyclical, Laudato Si’, has spurred a re-examination of Guardini’s apocalyptic writing The End of the Modern World (1950), by making it a crucial point of reference. In line with Guardini, Pope Francis diagnoses the root cause of the conjoined anthropological and cosmological crises of our day as a globally-institutionalized, monolithic “technocratic paradigm” that encourages a rationalistic, domineering attitude in the human race toward both physical nature and its own being.

Mike:  Guardini wrote about this in 1910 or so, “The Christian Foundation of Modern Values.”  You want an inside track on what’s really going on in most people’s brains today, or in their minds and how they think, read this.  As a matter of fact, this is posted in today’s Pile of Prep.

During the Middle Ages life was interwoven with religion at every level and in every ramification. [Mike: As a matter of fact, when we had John Sharpe on and we were talking distributism yesterday, this was basically the theme.] For all men the Christian Faith represented the generally-accepted truth. In some manner everything was stamped by Christianity and the Church: the social order, legislation, the ethos governing public and private life, the speculations of philosophy, artistic endeavors and the historic climate within which all ideas moved. Even while including all these things, we do not begin to indicate the cultural values won for the personality of man through this mingling of the cultural and the religious. Even injustice itself stood measured and condemned by Christianity. Although the Church had grown up in intimate union with the State, although Emperor and Pope or Prince and Bishop were often at 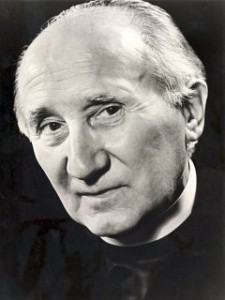 odds—accusing and heaping abuse upon one another—men never questioned the church herself. (…)

In time, man began to doubt the truth of Christian Revelation, and the doubt deepened as the medieval period drew toward its end. As an absolute standard claiming the right to measure the direction and conduct of human life, Revelation was enduring more and more vigorous attack. The new culture taking shape in Europe bred an outlook which thrust into prominence the increasing opposition to the Church. European man was adopting as self-evident truth the point of view which gave to politics, economics, government, science, art, philosophy and education principles and criteria immanent to themselves. In doing so men planted the seeds of non-Christian, even anti-Christian, ways of life in the soil of Europe. The old insistence that life be ordered by Revelation was taken as an encroachment by the Church, so completely had the new mind seized the power over men’s imaginations. Even the faithful came to accept this state of affairs . . .

The old insistence that life be ordered by Revelation was taken as an encroachment by the Church, so completely had the new mind seized the power over men’s imaginations. Even the faithful came to accept this state of affairs accepting as normal the new order which said that matters of religion belonged in one sphere of life and secular matters in another.

The individual man was left adrift to decide to what extent he would live in both of them.