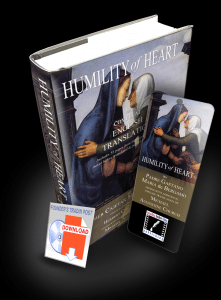 Mandeville, LA – Exclusive Transcript – “There’s no pursuit of the intellectual arts.  The only flimsy pursuit we have of it is, again, through the cult of personality, which is: Such and such just wrote the greatest tome.  What’s it about?  I don’t know, but it’s awesome and I’m going to get it and read it.  Why?  I don’t know, because he wrote it / she wrote it, and they’re popular, and I want to be popular, so I’m going to read what popular people write.”  Check out today’s transcript for the rest….

Mike:  I’m talking, of course, about the end of The O’Reilly Factor on Fox News, after a 22-year run, I think, a 21-year run.  O’Reilly’s gone.  I brought this up in an ethical context on Monday, asking the question – somebody sent me a video last night that Remnant TV made.  It said: Is there another reason why O’Reilly might have gotten whacked?  It had to do with the fact that he kept calling George Soros out, and that Soros is in the employ of Moloch, we know he is, and of Baphomet and Satan and Lucifer and all the rest of them.  O’Reilly had crossed Soros one too many times, and Soros ultimately got to him.  I don’t know if I buy that line so much as I buy the line that, look at what it is that the most popular television – if you go out there and find a “conservative” and ask them where they get their television news, they’re invariably going to say Fox News.  You’re not getting actual news.  Some news may be accidentally put on there, but you are getting a lot of spin, a lot of propaganda, all tailored towards the same end: War, war, war; bomb, bomb, bomb; kill, kill, kill; elect, elect, elect; listen to us, listen to us, listen to us; we’ll lead you, we’ll lead you.  They’ll lead you where?  To what?  To do what?  The guard that threw in with O’Reilly –

This is a shocking statistic, folks, but it’s true.  If I asked you – and you people listening at home here on a Monday, if I asked you: What do you think the median age is for a Fox News viewer?  I said median.  What does that mean?  That means that there’s a high mark (eldest), low mark (youngest).  The number that’s in the middle is exactly that, right in the middle between the average youngest listener and the average eldest listener.  The median age is 68 years old.  That means there are 84-year-old listeners and 52-year-old listeners.  In other words, people of Christopher, his generation, aren’t watching Fox News.  They may from time to time, but the number is very small.  Why is that significant?  It’s significant because, what are they watching?  Where are they watching?  Where are they getting their news?  If I told you, you wouldn’t believe some of this stuff.  Listen to this.

I have two stories.  This is from David French, “Bill O’Reilly, Roger Ailes & Toxic Conservative-Celebrity Culture.”  That’s one.  If we go back in time to 2009, John Derbyshire wrote for The American Conservative – I actually interviewed Derb about this back in the day.  It’s probably in the archives somewhere.  As a matter of fact, I could probably find it and publish it or republish it as a public service for you, because I think I interviewed Derb about this.  “How Radio Wrecks the Right.”  The two pieces are linked together, interchangeable.  Here’s what led me to all this, Rod Dreher, “Generation O’Reilly.”  Here’s the statistic I was giving you.  Listen to this.

Bill O’Reilly’s loyal viewers were largely older, suburban or rural, middle or lower-middle class, generally white, and Republican. At the end of 2016, O’Reilly averaged 3.3 million nightly viewers, but while viewers in the key 25-to-54 demographic increased significantly from 2015 (probably an effect of the unusual election year), they still accounted for less than one-fifth of his nightly

There are those who say that the Left is “taking scalps,” and they have a list of Republican victims to prove their thesis. Roger Ailes is out at Fox News. Bill O’Reilly is out at Fox News. Michael Flynn is out at the White House. Those three names — the head of the most powerful cable news network, the highest-rated cable news personality, and the national-security adviser — represent a stunning wave of resignations and terminations.

But this isn’t scalp-taking, it’s scalp-giving. Time and again prominent conservative personalities have failed to uphold basic standards of morality or even decency. [Mike: This goes back to our conversation where I started this as truth does not have an expiration date. My pursuit of it, your pursuit of it, Chesterton’s pursuit of it, Orestes Brownson’s pursuit of it, none of it has expiration date.] Time and again the conservative public has rallied around them, seeking to protect their own against the wrath of a vengeful Left. [Mike: Make no mistake about it, the left is firmly in the hands of Moloch and the Dumbocrat Party. Absolutely, there’s no doubt about it. That’s not the point, though.] Time and again the defense has proved unsustainable as the sheer weight of the facts buries the accused.

Moreover, the pattern is repeating itself with the younger generation of conservative celebrities. The sharp rise and meteoric fall of both Tomi Lauren and Milo Yiannopoulos were driven by much the same dynamic that sustained O’Reilly for years, even in the face of previous sexual-harassment complaints — Lahren and Yiannopoulos were “fighters” who “tell it like it is.” O’Reilly was the master of the “no-spin zone” and seemed fearless in taking on his enemies.

What followed was a toxic culture of conservative celebrity, where the public elevated personalities more because of their pugnaciousness than anything else. Indeed, the fastest way to become the next conservative star is to “destroy” the Left, feeding the same kind of instinct that causes leftists to lap up content from John Oliver, Samantha Bee, and Stephen Colbert. Liberals use condescending mockery. Conservatives use righteous indignation. That’s not much of a difference.

The cost has been a loss of integrity and, crucially, a loss of emphasis on ideas and, more important, ideals . . .

Mike:  Not only that, David, it’s a loss of intellect.  There’s no pursuit of the intellectual arts.  The only flimsy pursuit we have of it is, again, through the cult of personality, which is: Such and such just wrote the greatest tome.  What’s it about?  I don’t know, but it’s awesome and I’m going to get it and read it.  Why?  I don’t know, because he wrote it / she wrote it, and they’re popular, and I want to be popular, so I’m going to read what popular people write.  Wouldn’t you rather be smart?  Would you rather be right or would you rather be popular?  Again, this all has to do with the breakdown in the pursuit of the eternal things, the permanent things, as Joseph Pearce calls them, the good, the true, and the beautiful.  Back to French:

. . . You can’t be squeamish about details like truth or civility or decency. When searching for ideological gladiators, we emphasize their knifework, not their character or integrity.

Mike:  Here’s an example.  Go on your Facebook wall.  Look at what’s on the wall.  [mocking] “Did you just see how such-and-such just destroyed such-and-such?”  I would wager you that at the turn of the last century when Chesterton was doing battle with H. G. Wells and George Bernard Shaw – George Bernard Shaw was viewed at the time as the literary, intellectual titan of Great Britain.  Chesterton and he would have public disagreements, where one would write one thing and the other would write another.  If you read what they wrote about each other, it was intellectual warfare.  It wasn’t: Let me see how I can scandalize the other guy.  In other words, they weren’t standing on a playground going: Your mother wears brogans.  Yeah, well, your mother’s so fat that when she goes to the beach she takes up two zip codes.  You see the difference, right?

Of course, this notion reached its apex in the person and personality of Donald Trump, but Trump had an advantage that O’Reilly, Ailes, and others simply didn’t enjoy. When he was under fire, especially in the general election, he could argue that the choice wasn’t between truth and lies but between him and Hillary, between lies and lies. Which liar do you want? The one allegedly on your side, right? . . .

The message sent when conservatives try to defend the indefensible is the same one that Democrats sent as they continued to prop up the Clinton machine through scandal after scandal.

Make no mistake, there are conservative “fighters” who are men and women of integrity. Fox News still has a number of journalists and pundits whom I trust and admire. But when we ask for fighters first, and we elevate aggression over truth and competence, we ask for exactly the kind of scandals we’ve endured. [Mike: I think that’s exactly right.]

Moreover, the degradation to our culture far outweighs any short-term, tribal political benefit. The message sent when conservatives rally around the flag to defend the indefensible is exactly the message the Democrats sent so loudly as they continued to prop up the Clinton machine through scandal after scandal. Only winning matters . . .
[end reading]