Mike:  This is Constitution Week.  Some of you are lamenting the fact.  Let’s hear how the framers of the Constitution, who got a lot of things right, and they were brilliant men, let’s hear how they presented or how they structured the Constitution in case of war, an actual declared war.  Article I, Section 8, “To declare War, grant Letters of Marque and Reprisal, and make Rules concerning Captures on Land and Water.”  Let’s read the next clause.  Again, your average “conservative” or your average “constitutional conservative” stops right there.  That’s all they know.  You know why?  Because it’s inconvenient to the warfare state.  They don’t want to be incriminated.

Continuing, “To raise and support Armies, but no Appropriation of Money to that Use shall be for longer Term than two Years.”  Why do you think they chose a term no longer than two years?  What would transpire after two years, Mr. Kreslins, Ms. Sherman, Mr. Christopher, Maggie O’Connell?  What would transpire in the federal system after two years?  What would transpire?  An election.  What’s the connection there?  You start making war, mayhem, bombing, killing, maiming, empire building across the planet, we’re going to elect your butt right out of Congress, when Congress was in scale and you could do that.  Of course, you can’t do it now.  That’s the connection.

This is why your average decepticon, the frauds that call themselves “conservatives,” that’s why they don’t read the next clause.  And they certainly don’t want to get to the next clause.  “To raise and support Armies [Mike: Note the plural there.], but no Appropriation of money . . . .”  In other words, you’d raise an army and it would be disbanded.  So in 20 years if you had three skirmishes, you would have raised what?  Plural, armies.  Again, this doesn’t imply, it designs no standing army.  It doesn’t imply it, it designs it.  It provides for it.  It foresees that we’re not going to have a standing army.  Don’t you get it?  Oh, but you’re a constitutionalist.  [mocking] “Mitter Church, they didn’t have Mohammed and they didn’t have ISIS back then.”  Yes, they did!  Yes, they did.  They most certainly did.

This is truth here, folks.  I know it hurts.  Many of you will just tune it out.  Go ahead, go ahead.  Again, restoring the correct order by promoting transcendent truth in all ways, always.  That’s the mission statement of this channel and this show.  Continuing, “To provide and maintain a Navy.”  Why provide and maintain a Navy?  It’s very simple.  Naval power was necessary for commerce.  We know this from the early days of the – you can go back into one of the first acts that is proposed in 1789 when the first Congress convenes is:

We need some ships; we need some frigates.  We’re going to start trading with France and Spain and Great Britain and Mediterranean countries and Italy and Greece and what have you.  We hear that there are pirates off the Barbary Coast.  We need a Navy.  A Navy is necessary for commerce on the high seas.  It’s as simple as that.  It’s not provided for to go make war.  It’s provided for as a defensive measure.  There’s a big difference, folks.

I’m going to prove to you that the Constitution was framed to prevent a standing army, what we have today.  If you promote the standing army, please, for Heaven’s sakes, stop calling yourself a constitutional conservative because you’re not.  You’re a fraud.  You’re only constitutional conservatives when it suits you.  “To make Rules for the Government and Regulation of the land and naval Forces.”  Again, assuming that wars would occur, an Army would have to be raised, and different armies in different times, different rules would have to be made.  Everything in this provides for and foresees not having a standing army.  Otherwise, you just write the clause in there: Raise an Army.  I’m not done.

“To provide for calling forth the Militia to execute the Laws of the Union, suppress Insurrections and repel Invasions.”  Again, what does it foresee?  What did the framers foresee?  What are they writing these clauses for?  What are they preparing this government to be able to do?  To call forth the militia doesn’t imply; it relies on not having a standing army.  The militia is the first line of 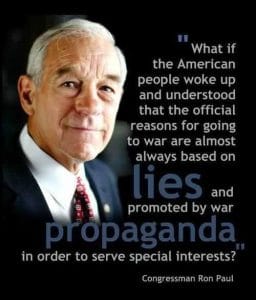 defense.  Get this through your head.  [mocking] “Mitter Church, you can’t prove that.”  The next clause proves it.

Continuing, “To provide for organizing, arming, and disciplining the Militia, and for governing such Part of them as may be employed in the Service of the United States, reserving to the States respectively, the Appointment of the Officers, and the Authority of training the Militia according to the discipline prescribed by Congress.”  Folks, if you’re honest and if you really seek truth, veritas, there is only one way that you can read those series of clauses.  They provide for an army that can be called into existence when and only when it is needed, to either repel an invasion or to execute a war that has been declared.  If those conditions do not exist, you don’t have a standing army, end of story.  I’ll hear nothing else on it.  You’re free to make your case.  [mocking] “That was then and this is now.  We need to do away with that part.”  Okay, then do away with it.  Make an amendment.  If you don’t like it, amend the Constitution.  It’s pretty simple.  Expand the power of the government saying you want a standing army, you’re always going to have one, and you want to basically repeal the militias (dumb thing to do) because we’re Blobistan now and we’ve got to go fight Syrians who are not at war with us.

Now the story takes on an entirely different meaning, doesn’t it?  “U.S. Admits It Bombed Syrian Troops. The U.S. has been bombing Syria for years. Now, for the first time, it’s hit the forces of the dictator Bashar al-Assad. And that could upend the entire conflict.”  How could we have been bombing Syrians for years?  I must have missed the declaration of war against Syria.  By the way, where are all those refugees coming from that Obama says we have to allow into the United States and Hillary says we’ve got to take in, and that the United States Conference of Catholic Bishops says and is conspiring with Obama and Hillary to bring in?  Where are they coming from?  What’s the principle country they’re coming from?  Did you say Syria?  No!  That’s too big of a coincidence.  Come on, you don’t expect me to believe that, do you?  Nancy A. Youssef at The Daily Beast:

The cruelest irony of a U.S.-led coalition strike that mistakenly killed at least 62 Syrian forces is that rather than damage the Islamic State, as the strikes intended, the coalition may instead been a boon for the terror group.

Mike:  Genius, right?  Besides the fact there was no declared war, besides the fact there is no authorization for this that I am aware of, other than some ubiquitous – [mocking] “Mitter Church, we put ISIS in on the AUMF.”  Again, read the Constitution.  The Constitution was not made so the warfare state could be created.  It was made to prevent one, you idiots.  You’re a counter-constitutionalist.  This is why, folks, we have to counsel secession.  My colleague Mark Kreslins, if he has addressed this, I have not heard it.  He has addressed it because Mrs. Clinton will call out the Luftwaffe on us if we do decide to secede.  Folks, secession has to occur and the correct order must be restored or the secession is going to become a failure.  If you’re not going to secede with the intent of rewriting constitutions and restoring the order of the kingship of Christ and the teaching of Almighty God and the moral code as being superior to and the State assisting the Church in salvation of souls, and not allowing heresies and errors to become legally protected, which is what we do today, then you’re doing all this for naught.  It’s not going to matter.  You’re going to wind up exactly back where – you might even be worse off because you’re creating the conditions under which a dictator could rise.

The Syrian forces based near the eastern city of Deir el-Zour, the site of four strikes Saturday, were a buffer between the citizens of Deir el-Zour and the terror group. And if Syrian troops were hit by a coalition strike, it could lead them to retreat, creating an opening for ISIS to move onto a major city in eastern Syrian.

Mike:  The geniuses at CENTCOM intervene and bomb the wrong side.  Again, let’s review.  We are not at war with Syria.  If we were, it would be required of Congress to make, fashion, pass, and send to Obama a declaration of war.  That’s how it’s supposed to work.  That’s how any constitutional conservative should want it to work.  That’s how any federalist should want it to work.  That’s not how it’s working.  The war is being waged by President Obama, but he’s not receiving any pushback from the allegedly-conservative Republican Congress, or the allegedly-conservative Republican Senate.  He’s being aided and abetted.  If anything, they’re sniping at his heels saying: He’s leading from behind.  These cowards won’t do what is necessary.  Syria has not attacked the United States.  There is no reason for us to be at war with a country 8,000 miles away other than the military-industrial complex needs for us to be at war. 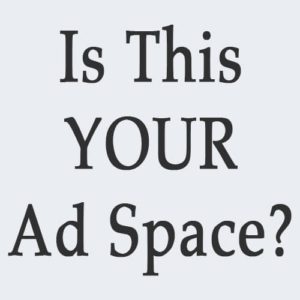 A defense official told The Daily Beast that U.S. Central Command now has concluded it was a mistaken strike and is trying to determine how it made such a big mistake.

The repercussions came swiftly. On Saturday evening, U.S. officials reportedly told their Russian counterparts that they reject the “unintentional loss of life,” essentially admitting responsibility for a strike. And Russia called for an emergency United Nations Security Council session Saturday night. [Mike: Imagine this. Now the Russians are the good guys, right?]

Around the region, some looked at the strike as proof that the United States created the ISIS threat and now is conducting strikes on its behalf.

Mike:  You talk about creating terrorists.  Creating a trail of dead children in any country on Earth that values life in any way, shape, or form, and the parents and siblings of those children might get mad.  They might think they should commit revenge, perpetrate an act of revenge.  Let me take you back to the 19th of July 2016.  As if that’s not bad enough, here’s another headline.  This is from the Telegraph UK, “US air strike in Syria kills nearly 60 civilians ‘mistaken for Isil fighters’.”  Now, you housewives, when you went off to work today to go help design and build and order supplies to go make bombs that could be put underneath planes and put on ships, shipped off to the Saudi Arabians, etc., etc., the bombs were dropped on children just like yours.  I’m not blaming you, but I am pointing out that the empire and the cult of death prevents you from being horrified at what we’re doing and from doing something about it.