Mandeville, LA –You just can’t make this stuff up folks:

“The decision to remove four Confederate monuments from the heart of New Orleans came down to an essential question: What kind of city do we aspire to be? Is New Orleans the inclusive, tolerant place we tell the world it is? Are we committed to healing racial divisions? Are we dedicated to fairness and equality? We must be. That was the essence of the City Council’s vote Thursday (Dec. 17) to take down statues of Robert E. Lee, P.G.T. Beauregard, Jefferson Davis and a monument to a Confederate rebellion.”

“Confederate rebellion”!? Only the nominalists isolated inside the crimson palace of the Times Picayune (it has moved ops to Alabama) could term secession, the act of severing political ties in favor of new ones from “rebellion” the act of revolting against the current regime to alter or change it.

I M B E C I L E S – we are surrounded by them, in positions of economic, and cultural power, and finally they are in positions of spiritual power. That these imbeciles have figured out how to game and control secular systems says a lot about the imbecility those institutions were conceived in.

There are no analogies, no “same thing as” … and no rational explanations for the attempt to fashion utopia through the erasing of history. The grandson of Patrick Henry fought under General Lee, Thomas Jefferson’s grandson from his daughter (a Randolph) fought under Lee. Lee’s great uncle was the same RH Lee whose imprimatur was at the bottom of the “Lee Resolution” that makes up the legal part (last 2 paragraphs) of the Declaration of Independence. If the statue of R.E. Lee is a “nuisance” than so are the authors and text of The Constitution, 37 men who refused the chance to purge the slave trade from the new union by writ. Please resist the Judgement Pornosphere™ urge to say “slavery’s not in the Constitution”, therefore the right to it wasn’t either. Because Amendment 13 was necessary for Abolition it was a thus a power reserved to the States and in that revelation, viewing this absurdum propitium lex, we shout eureka!: The same Confederates now placed in faux infamy by the NOLA council, did LEGALLY secede from the corrupt Union utilizing the same “reserved powers doctrine” their alleged motivation for said slavery emanated from. Actual history’s a b**ch ain’t it?

That about sums it up but no review of this dingy star of modernist “light” would be complete with out some Chesterton: 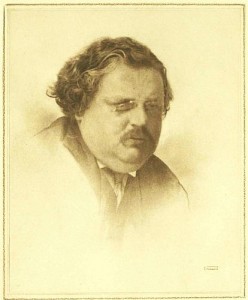 “But there is one thing that I have never from my youth up been able to understand. I have never been able to understand where people got the idea that democracy was in some way opposed to tradition. It is obvious that tradition is only democracy extended through time. It is trusting to a consensus of common human voices rather than to some isolated or arbitrary record. The man who quotes some German historian against the tradition of the Catholic Church, for instance, is strictly appealing to aristocracy. He is appealing to the superiority of one expert against the awful authority of a mob. It is quite easy to see why a legend is treated, and ought to be treated, more respectfully than a book of history. The legend is generally made by the majority of people in the village, who are sane. The book is generally written by the one man in the village who is mad. Those who urge against tradition that men in the past were ignorant may go and urge it at the Carlton Club, along with the statement that voters in the slums are ignorant. It will not do for us. If we attach great importance to the opinion of ordinary men in great unanimity when we are dealing with daily matters, there is no reason why we should disregard it when we are dealing with history or fable. Tradition may be defined as an extension of the franchise. Tradition means giving votes to the most obscure of all classes, our ancestors. It is the democracy of the dead. Tradition refuses to submit to the small and arrogant oligarchy of those who merely happen to be walking about. All democrats object to men being disqualified by the accident of birth; tradition objects to their being disqualified by the accident of death. Democracy tells us not to neglect a good man’s opinion, even if he is our groom; tradition asks us not to neglect a good man’s opinion, even if he is our father. I, at any rate, cannot separate the two ideas of democracy and tradition; it seems evident to me that they are the same idea. We will have the dead at our councils. The ancient Greeks voted by stones; these shall vote by tombstones. It is all quite regular and official, for most tombstones, like most ballot papers, are marked with a cross.”