Mandeville, LA – Exclusive Transcript – Mrs. Feinstein is no John Taylor of Caroline.  Mrs. Feinstein is no George Frisbie Hoar, no Robert Taft, no Sam Ervin, no Jesse Helms.  So do I believe that?  No, I do not.  That is tragic.  You and I have great cynicism towards this.  Just the fact that we say we know this is all kabuki theater, we know you guys have rehearsed this.  I don’t know where the dress rehearsals were, but I’m pretty convinced you had them.  Isn’t that as informative of our current situation as anything else you could say?  Check out today’s transcript for the rest…

Mike:  Here’s another whopper.  While they’re securing the data of the known universe, the FBI in order to do this I guess has to fly drones over your house to make sure you’re doing what you’re supposed to be doing.  Here’s Mueller admitting: Yeah, we use drones domestically.

Sen. Chuck Grassley: Does the FBI use drones for surveillance on U.S. soil?

Grassley: I want to go onto a question —

Mueller: Let me just put it in context, though. In a very, very minimal way, and very seldom.

AG:  That sounds good, then.  Awesome.

AG:  I find the trying to give it a context at the very end of the clip hilarious.  He’s like: Oh, wait, I gotta say seldom and limited so no one gets concerned.

Mike:  Or if you work for the NSA, you can just back the tape up….

AG:  I would assume they’re rolling on this anyway.  They’re good to go there.  For Senator Paul, he said in the past he’s not against drone use for like a bank robber that is brazenly putting citizens in danger.  That was his example.

Mike:  He used the example of a bank robber or a liquor store owner who had just come outside with a gun.

AG:  Something to that effect.  I wonder if that falls under the seldom surveillance use that Senator Paul mentioned, in terms of what he would be all right with.  Or even if what Director Mueller say yesterday doesn’t work in Senator Paul’s mind in terms of what domestic drone use should be used for.

Mike:  I wonder if seldom and minimal would be to have a drone flying overhead of the Branch Davidian “compound” in Waco, Texas so that the tanks get a clear laser line of sight where they want to launch the teargas.  Is that a seldom and minimal?  Or flying over the compound of Randy Weaver at Ruby Ridge and put a laser bead on Mrs. Weaver and give the FBI agent a clearer shot, is that a use?  There are some more modern instances of this.  What is seldom and minimal?  My opinion is the national government, which is what we have today, has no authority for the kind of police action that it performs on a daily basis.  You shouldn’t want it to have the authority.  Law enforcement ought to be very, very close to the people.  As a matter of fact, law ought to be known by the people.  The only way you can actually have law and order is if the people know the law.  To know the order you have to know the traditions and customs, what the moral code is.  To keep the law and order, you have to know those two things.

Having said that, let’s just pretend for a moment that the FBI is supposed to do what it does, is supposed to exist, and it’s supposed to have the police powers and police capabilities that it has.  It would make sense then, I suppose, that you would then, in the pursuit of your duties, have the eye in the sky.  People don’t seem to have a problem with traffic cameras.  You should have a problem with them but people don’t.  So the eye in the sky, the drone, is just a traffic camera on steroids.  The traffic camera probably doesn’t have a microphone on it and can’t listen from 30,000 feet away.  It probably doesn’t have a heat sensor on it.  It can’t tell you how many people are in the car that it just photographed for speeding or running the stoplight or whatever.  The drone has all these capabilities.

The question would be, for me anyway: Seldom and minimal, what does and what can the seldom and minimal drone do?  Can it do what I just said?  Can it eavesdrop and spy?  Does it have sensors on it so it can pick up radio signals?  If you are over a cellular phone call, after all it is a radio transmission from your phone to a tower where it was relayed and from the tower to your phone.  That’s what it is.  That’s how it gets from point A to point B.  Can the drone pick up on all these things?  What is it that the seldom and minimal drone can do?  Does it have any bombs on it?  Does it have a gun?  Does it have any weapons system whatsoever?  Does it have the ability to, as I said, drop a laser beam on someone so that someone else can get a precise shot?  All these questions remain unanswered.  The reason they reason they must remain unanswered is because we’re the sheeple.  You don’t need to know any of these things, citizen.  The government is doing all these things for your benefit.  That’s why we have to have FBI agencies all around the known universe, as Mueller just confessed.

One more, Senator Dianne Feinstein, who I’m convinced is in on all this.  I heard this clip yesterday.  Feinstein is asking a question she knows the answer to.  She already knows the answer.  She’s only asking it for the appearance that the United States Senate cares about these things.  [mocking] “We know the citizens are outraged about this and we are here.  We’re going to question these people, the heads of these agencies.” — “You mean the agencies that work for you?” — “Well, you’re not supposed to know that they work for us.  That’s above your pay grade, mister.”  Here’s Feinstein asking Mueller about the drones.

Sen. Dianne Feinstein: One other quick question. People are concerned about privacy. I think the greatest threat to the privacy of Americans is the drone and the use of the drone, and the very few regulations that are on it today, and the booming industry of commercial drones. You mentioned that you use it for surveillance. What are the privacy strictures on the use of drones by your agency today?

FBI Director Robert Mueller: Well, it’s very seldom used and generally used in a particular incident where you need the capability. I will have to go back and check what we keep in terms of the images and the like. It is very narrowly focused on particularized cases and particularized needs of particularized cases. That is the principle privacy limitations we have.

Feinstein: I would like to get that information. I think it would be helpful to us legislatively.

Mueller: I’d be happy to do that.

Feinstein: Thank you very much.

Mike:  Thank you very much, Director Mueller.  I’d like to get that information.  It would be very helpful to us legislatively.  Wait a minute.  Wait just a cotton-pickin’ minute!  You mean you didn’t already legislate and grant him authority to do this Mrs. Feinstein?  Puh-freaking-lease.  AG, I’m going to have a heart attack here on the air, I really am.  I’m supposed to believe that she doesn’t know the answer to that question.  My follow-up from the peanut gallery: If you don’t know what the legalities of this are, Mrs. Feinstein, who does?  Is there a Wizard of Oz behind the curtain that’s making the rules up?  Folks, the more we learn about this, the more eerie and creepy it becomes.

AG:  Is there any credit to be given to her in the sense that she knows the answers to these questions but she needs a forum to get it out in the open, so by performing this coordinated dance — across the board, these congressional hearings are coordinated dances —

AG:  People know the questions.  They know what to expect from the answers.  The real goal of them is to have the people in charge, in this case FBI Director Robert Mueller, explain to, in essence, the public because the congressmen and women already know the answers, but explain to the public what these policies are and how they are being used in day-to-day life that affects the public.  Feinstein is performing a necessary duty so that the public has this info as well.  Even though she’s not surprised by anything, she can put on that fake face, that: I’d love to have that information.  In essence it’s really the public wants that information and deserves that info.

As I said, I’d like to but I do not.  Mrs. Feinstein is no John Taylor of Caroline.  Mrs. Feinstein is no George Frisbie Hoar, no Robert Taft, no Sam Ervin, no Jesse Helms.  So do I believe that?  No, I do not.  That is tragic.  You and I — you’re probably as cynical as I am, maybe not as much but cynical.  You and I have great cynicism towards this.  Just the fact that we say we know this is all kabuki theater, we know you guys have rehearsed this.  I don’t know where the dress rehearsals were, but I’m pretty convinced you had them.  Isn’t that as informative of our current situation as anything else you could say?  I think it is. 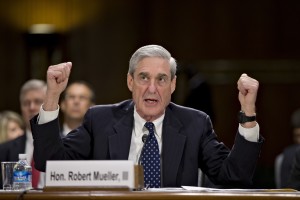 These people are control freaks and will stop at nothing because they think they sent from GOD to rule over the masses. This cycle will never end because the masses are brain washed and are scared of the unknown. Honest though they are greedy cowards.