The Results of the Sexuality Experiment

Mike:  What had to be done in order to undo what was Christendom?  That’s the continent of Europe.  The truth had to become not true anymore.  The truth had to then become questionable.  Not true.  True?  That’s why I kind of told the little story about Judas.  In the 20th century, that expanded on steroids.  With modern technology and the industrial age rearing its head, what happened?  Man became even more unmoored from any restraint and any connection that could be placed on him or to him from the natural order and the natural world.  We talked about this yesterday here on the Mike Church Show on the Veritas Radio Network and the Crusade Channel.

By the way, I hope you will stop by VeritasRadioNetwork.com today and click that join button at the top of the page.  If we don’t convince enough of you to follow our shows and to become members here and to become paying members, and then possibly donators to our crowdfunding effort, which you’ll find on the site and at MikeChurch.com and in my Founders Tradin’ Post, then we cannot continue to bring the truth to the air and to have independent broadcasting.  That’s what we have here.

We have a radio station that we are creating, asking for your help financially, your help even in developing, in designing, in conceiving, in creating here.  I tell you every day the suggestion box is always open.  For those of you that have suggested things, I’ve tried to respond to every one of them and thank you for your suggestions.  Go to VeritasRadioNetwork.com.  There’s a contact form at the bottom of the page.  Or send me an email, [email protected].

By the way, I keep forgetting to promote, this Thursday night, the final GOP debate before the Iowa caucus will be covered here on the Veritas Radio Network’s Crusade Channel.  We will preempt regular programming.  We’ll be live with instant commentary and analysis.  We’ll go on with the audio portion about 7:45 Central.  Mark Kreslins and I, David Simpson, your favorite cast from the Crusade Channel, will all be participating in this.  Of course, there’s a chatroom for Founders Pass members.  Those of you that do decide to become members, support our efforts, and get radio the way it should be, delivered to you every day, you will have access to the chatroom.  It’s a great way, a lot of fun to watch the debates.  Hang out with listeners, with likeminded listeners and get to know one another and share stories.  We’re going to have some great sales this Thursday night from the Founders Tradin’ Post and much, much more.

As a matter of fact, if I can con Simpson into coming here, he can promote the giveaway of the Grace digital media radio, the desktop radio that’s going to come preprogrammed with Veritas Radio Network.  It’ll be a preset button.  Those of you going, [mocking] “Man, I can’t get that Veritas.  I ain’t got that internet radio.  I just want a radio.  I miss you on XM.  That’s real radio.”  It’s funny still for me to hear that.  After all those years of being told: Why don’t you leave that satellite thing, whatever that thing is, and get on regular, real radio.  Now that has become real radio and this broadband radio is now not real radio.  Go figure.  Anyway, we’ll see you Thursday night.

Back to the story of the Canadians, “Alberta, Canada’s Progressive New Government Bans the Words ‘Mother’ and ‘Father’ in Schools.”

Now that progressives have consolidated their power over schoolchildren, you’d better not be overheard in the hallways saying, “So’s your mama.”

Now, has this kind of B.S. happened somewhere else?

Alberta and Ontario are trying to imitate frigging Sweden…who replaced him or her with…HEN . . .

Sweden is now the RAPE capital of the West. 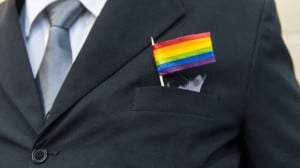 Mike:  There are stories on this here and you can look at one in today’s Pile of Prep.

Here’s the pertinent language from the rainbow-adorned “Guidelines for Best Practices” that the progressive NDP government issued last week:

“School forms, websites, letters, and other communications use non-gendered and inclusive language (e.g., parents/guardians, caregivers, families, partners, ‘student’ or ‘their’ instead of Mr., Ms., Mrs., mother, father, him, her, etc.).”

The purpose of the guidelines, according to the text, is to create “learning communities” that “respect diverse sexual orientations, gender identities, and gender expressions.”

And that means that the kids, no matter how young or how old, get to pick their own gender and force everyone else in the school to abide by their choice.

“Self-identification is the sole measure of an individuals’ sexual orientation, gender identity or gender expression….”

“Some individuals may not feel included in the use of the pronouns ‘he’ or ‘she’ and may prefer alternate pronouns, such as ‘ze,’ ‘zir,’ ‘hir,’ ‘they’ or ‘them,’ or might wish to express themselves or self-identity in other ways (e.g., Mx. instead of Mr., Mrs., Ms., or Miss, or no prefix at all)….”

“If sports teams are divided by gender, students are given the opportunity to participate on the team that reflects their gender identity and expression . . . Students with diverse sexual orientations, gender identities and gender expressions have a right to accommodation when it comes to the use of washroom and change room facilities that are congruent with their gender identity. [Mike: So you get to pick your team, pick your bathroom. Isn’t this great? I can’t wait for this to make it into public schools in ‘Murica. How about you?] This applies during school time and school-related activities on and off school property.”

Mike:  So what did we just learn?  When you send your kids to school in Ontario, Canada, don’t send them as Johnny or Suzie.  Don’t send them in dress that might indicate they’re Johnny or Suzie.  Let them go to school and let them discover whether or not they’re Johnny or Suzie.  Suzie might discover: I ain’t into this whole girl thing.  I think I want to go hang out with the boys.  Johnny might discover that: Hey, I can say that I don’t want any more of this boy thing and go hang out with the girls and they can’t stop me from taking a shower in there with them.  You can’t stop me from using your bathroom.  They can’t stop me from going to their events.  Anyone that doesn’t think that conniving young boys filled with testosterone and other hormones, that they’re not going to use this to their advantage is just naïve.

Progressive, liberal, feminism, left wing, are no longer in control of their own ideals, it has been taken over by those who are imposing their own “personal” twisted views.

Mike:  That’s really a great point.  Just imagine this now.  The feminists wanted women to be recognized as women specifically, but as women that were capable of doing the same things as men.  Now the feminists have lost control of that and now new feminists say that women must be recognized not as women at all, as they can do things that men can do, but they now must be recognized as men if they so deem.  Some feminists, some members of Gal-Qaeda may go along with this.  They may say: That’s fine with me.  Then a funny thing happened.  Then all of a sudden men who now have been accorded special privilege, unnatural special privileges as a result of their sodomitical status, their sodomitical marriages, and their desire to commit their sodomy acts in or near public, and have people recognize it in or near public, now they’ve won minority status just as the former member of Gal-Qaeda won minority status.

Now the men, or alleged men, can now say: You’ve got to make that bathroom available to us.  How long before this graduates and saturates down in and then the confusion starts to settle in before it starts at 15-year-old high schools, junior highs.  Junior highs go: Hey, man, this is pretty cool.  I can change my identity.  I don’t have to be a boy today.  I don’t have to be a chick today.

That’s awesome.  Then ten-year-olds, nine-year-olds, five-year-olds.  Pretty soon it’ll make its way into prenatal.  Then you’ll have the parents doing what the Chinese do.  This is already happening in some places in Europe.

They’ll do what the Chinese government says.  We have too many girls.  We need more boys because we need workers.  If you’re going to have two kids, you’ve got to have two boys.  You can’t have a girl.  They can have a girl but you can’t.  The Chinese government mandates, basically, the population by gender.  They try to control it by government fiat.  Another one of the intrinsic evils in communism.  How long before men and women, now fully empowered to choose the gender – note I said choose – of their children, if they can’t genetically figure out how to do this and program it in – how long then before the selection process – if you’re going to allow the choosing of gender, then why not allow the parents to choose the gender?

Imagine this.  It may actually be beneficial.  If the parents choose the gender, they may be committed to defending their choice.  I picked you as a boy and you’re going to be a boy.  I can just hear the dad from Rudolph the Red-Nosed Reindeer: No son of mine is going to go out there with a nose that looks like that.  Come here, boy.  Then he puts the mud over the nose.  I don’t like it.  It’s going to look great.  All this confusion comes from one fatal error.  You can deny that it comes from one fatal error all you wish.  Your denial should be met with rejection.  If you want to correct the problem, then stop and go back to the source.  We always have to look for ultimate purposes and ultimate causes.

What is the ultimate cause of this?  Don’t say it’s liberals.  It’s not Obama.  It’s not Roosevelt.  It’s not Margaret Sanger.  They’re all guilty, obviously, of the error.  What began this process?  It came out of that disastrous time in human history that we today call – and we have to call it this – the enlightenment.  We have to call it the enlightenment because enlightened people were they, as opposed to the unenlightened people of the dark ages that held man down, of the dark ages of the medieval times that suppressed man’s natural ability and suppressed man from being all that man could be.  The truth had to be denied at the source.  The acknowledgement that there was an authority and that there was a teaching and enforcement authority had to be and was denied.  It’s still being denied.  You don’t have to accept that denial, but good luck finding an even small minority of citizens to join you, which is why here we have resigned ourselves to being happy, resigned and consoled ourselves with being happy as what we call remnants.  Want to join?