Mandeville, LA – Exclusive Transcript – Tom Woods and Kevin Gutzman are probably two of the smartest men that I have certainly ever met.  Tom was a late bloomer.  Tom started out as what he calls a neocon and what I call a decepticon.  It’s not until you immerse yourself in the actual study of history — I don’t just mean the epical history we love to romanticize about.  I mean an actual viewing of the nitty gritty, the good, the bad, and the ugly part of history and the philosophical works.  Check out today’s transcript for the rest…

Mike:  Julie in Texas is next.  Julie, how you doing?

Caller Julie:  I just want to tell you, your little rant right there is why I listen to you.  I come from a different paradigm, that old paradigm, and it’s all changing.  You nail it every time and I learn something.  I just want to thank you for that.

Mike:  As you probably know, Julie, not only am I the president of the company, I am also a client.  Like the bad Hair Club for Men commercials, I came from that paradigm, too.  You know this.  I did this and did not get religion, as I call it, until 2007.  For an awful long time in my career, 15 years, I did this.  My friend Tom Woods is a convert.  Tom went to Harvard.  People don’t know that about the great Tom Woods.

Caller Julie:  I did not know that.

Mike:  Yeah, Tom is a Harvard guy, one of the smartest guys alive.  Tom Woods and Kevin Gutzman are probably two of the smartest men that I have certainly ever met.  Tom was a late bloomer.  Tom started out as what he calls a neocon and what I call a decepticon.  It’s not until you immerse yourself in the actual study of history — I don’t just mean the epical history we love to romanticize about.  I mean an actual viewing of the nitty gritty, the good, the bad, and the ugly part of history and the philosophical works.

Let me just say this to you.  When we talk about war and the use of our military, it’s very difficult, I think, for anyone to be an honest Christian gentleman or gentle lady and to hold the violent and I would say dubious thoughts about war and the use of military in our minds that we hold, that everything can be solved by some kind of military operation or show of military force.  Does that mean that it’s wrong to show that you could field an army of the greatest size the world has ever seen, that in the blinking of an eye you could obliterate any enemy near or far, hither or yon?  The right to self-defense is not in question here.  If you study any of what the great saints, Augustine and Aquinas, just to give two examples, what they wrote about war and just war, and I think if you meditate on it and think about that, I just don’t see how you can be anything other than a noninterventionist.  Does that mean you cannot be drawn into a war if you are attacked?  No, it doesn’t mean that.  It just means you recognize that you do not have the right to go cavorting around the world dictating to other countries and other people how they’re going to act and how they’re going to govern themselves.

Mike Church Show Transcript: Universal Respect For Life Is The Cure For The Culture Of Violence

There’s an awful lot of humility there.  Isn’t the entire experience of Christianity and being a Christian or a member of a Judeo-Christian religion, isn’t really that entire experience and the part of it that we totally separated ourselves from and lost is the virtue of humility?  Isn’t it amazing, Julie, that we don’t seem to personally or militarily or as a country want to be humble?  No, we’ve got to be the biggest, baddest you-know-whats on the block.  Yet when we watch movies or read books, we all love the underdog.  The underdog is usually what?  Is he gregarious?  Is he bombastic?  Or is he usually the most shy, quiet, humble guy in the room?  We still have a sentimentality for the humble, the quiet, the meek.

I don’t think we’ve lost all of these things, but we certainly have been able to put them at bay and let our more, as the general says in the Stonewall Jackson clip, put our most bellicose forms of persuasion ahead of maybe our more merciful forms of persuasion.  I think that has a lot to do — that’s why you have a government that thinks it can be big and bad and boss you around and bully you, because it is chosen and comprised of people that come from a civilization that thinks it is its right to bully and boss people around.  Does that make sense?

Mike:  That’s what I have discovered in the last eight years and what I’m still discovering on a daily basis.  I am not home yet.  I, like you, madam, am learning and appreciate more than you can ever know that you made the phone call today and said what you said.  Thank you, my dear, for making my day.

Caller Julie:  Thank you for everything you do.

Mike:  I’m doing what you’re doing, I’m just doing it a little bit more publicly.  Thank you, Julie, great to hear from you. 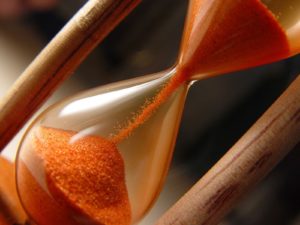 That was a great call, Mike. Julie said it perfectly, and so did you. Keep it up!