Mandeville, LA – Mike Church‘s daily Pile of Prep, Welcome to mikechurchcom’s Pile of Prep, all the materials used to prepare the Mike Church show. Just when you thought it was safe to turn your smartphone on around your morally challenged friends, don’t be surprised if you are not challenged to show-off your Tinder and Hinged “hookups”. Now we can add serial digital adultery to immodesty, homosexuality transgenderism and abortion. The good news is the list of human outrages that have yet to be attempted and then perfected to sinful ecstasy is getting smaller everyday. The First GOP, Presidential debate happens TONIGHT in two flights, we will have a LIVE Chat and audio coverage of the event here. “Wherever there is Animal Worship there is Human Sacrifice. That is, both symbolically and literally, a real truth of historical experience. Suppose a thousand black slaves were sacrificed to the black-beetle; suppose a million maidens were flung into the Nile to feed the crocodile; suppose the cat could eat men instead of mice–it could still be no more than that sacrifice of humanity that so often makes the horse more important than the groom, or the lap-dog more important even than the lap. The only right view of the animal is the comic view. Because the view is comic it is naturally affectionate. And because it is affectionate, it is never respectful.” –  G.K. Chesterton, Orthodoxy

READ A FREE, FULL CHAPTER FROM MIKE CHURCH’S NEW EDITION OF WASHINGTON IRVING’S “LIFE OF GEORGE WASHINGTON”. PRE-ORDER YOUR HARDBACK COPY FROM THE ONE AND ONLY FIRST PRINTING TODAY! OR DOWNLOAD THE DIGITAL EDITION IN PDF & EPUB NOW

Digital Adultery Addiction=Hooked On Hookups – The devaluing of human life brought on by the rejection of the natural order and the Reveled supernatural Order has reached its end. “Hookup culture” embellished by the revolution of digital adultery via “Tinder” and “Hinged” make having rampant sex as easy as ordering pizza. There should be no mystery then to the sheople’s reticence in abolishing abortion or foregoing contraception. At least the pizza doesn’t come with venereal disease or eternal damnation. CAUTION: There’s VERY graphic, sexual language in the Vanity Fair piece. Speaking of the Deadly Sin of Vanity, from the piece we get this prince charming:

” “It’s instant gratification,” says Jason, 26, a Brooklyn photographer, “and a validation of your own attractiveness by just, like, swiping your thumb on an app. You see some pretty girl and you swipe and it’s, like, oh, she thinks you’re attractive too, so it’s really addicting, and you just find yourself mindlessly doing it.” “Sex has become so easy,” says John, 26, a marketing executive in New York. “I can go on my phone right now and no doubt I can find someone I can have sex with this evening, probably before midnight.” “

DeceptiCONNED: WHY there will probably never be a vote in the House of Representin’ on the “war against ISIS”: most of the sheople are too busy practicing digital adultery or playing Fantasy Football to care long enough to demand accountability for this continued assault of the Constitutional order.

The Ghastly practices of Planned Parenthood, captured in the CMPO video stings on the sale of baby-body parts, SHOULD HAVE changed the abortion “debate” but that has not happened yet (see Chesterton’s essay on human sacrifice), maybe there needs to be a renewed effort to describe what the process actually entails.

Pro-Choice No More? – This columnist from the Daily Beast confesses that he may not be so gung-ho “pro-choice” after the CMP videos which he describes as “game changers”. While I welcome any and ALL conversions to Life, we must be careful to not elevate scientific discovery (video images) over the humility of Man’s subordinate role in Creating new human life with God and under his authority. THAT’S the reason Life is respected at conception because the process that God created has begun.

SAINT OF THE DAY aka “Why they’re Saints and am not” lessons –We could all learn something to live by from the life of Saint and Martyr St. Laurence, whose celebration day is today

Saint Terese of Lesieux had it right 130 years ago: “I don’t fear angry Protestants, I fear bad Catholics”. Witness now the archbishop of Chicago who cannot bring himself to univocally denounce and make anathema the sale of butchered baby remains by Planned Parenthood, but somehow thinks that death row inmates and inner city dwellers face life threatening horrors that are superior to the plight of the soon to be born, defenseless innocent child.

CNN Dusted by Marco Rubio – I won’t scandalize Chris Cuomo by calling him names but I will back up Mollie Hemingway’s assertion that he is less than exceptionally intelligent. In this literary recap of his interrogation of Senator Marco Rubio on Friday, Cuomo insists that no one know when Human life begins including scientists, but Rubio is having none of it (see the video of conception below) and to his credit does not surrender and inch.

VIDEO: This beautiful, animated video shows the process of human conception as you’ve never seen it before and illustrates what science now knows and Faith had previously revealed: human life BEGINS at conception.

There Is Such A thing As A Free Lunch, And Hillary Is Buying Your Kids One, Generation Epic Fail’s Bailout – Slick Hilly is about to do an ObamaCare for “college”.Of course the same kids will be taxed mightily as will their yet to be born children, to pay back the money printed and bowrrowed to implement this latest offering to the generation I like to call “epic fail”

All He Is Saying Is Give Peace A Chance – Professor Andrew Bacevich deconstructs the DeceptiCON War-Hawk argument on the perils of the lately negotiated deal with the Iranians: that if properly implemented the “Big Enchilada” war policy that the U.S. currently employs actually WOULD have to change to less bellicosity. Bacevich presents Exhibits A. IRaq, B. Afghanistan and C. Libya as evidence of the failure of Big War’s lethal deceit

Remember that statistic I gave last week that 47% of all babies born to middle class white women are born bastards (yes, there is such a thing, still). Well along comes Bristol Palin with single parent child # 2

TRUMPZILLA SHINES & BY SHINING FALTERS – Donald Trump’s performance in the first debate last night was as expected and while I think he delivered precisely what people want him to deliver there was ONE MOMENT when he actually became human and believable…even likable. Here’s a “Top Ten” Donald take away list

LOST IN SPACE: If NASA is paying Boeing and SpaceX to build rockets for them then the U.S. still has an unconstitutional  “space bus” on the payroll that is now funneling corrupt funds to at least TWO corporations who claim to be “private”. THIS is why the U.S. government cannot be repaired or reformed but it can be dismantled, one CorruptiCON and CorruptiCRAT at a time, start with Boeing.

DeceptiCONNED: Iran’s march to “regional hegemony” is not going to fulfill the war-hawk caucus’s dire predictions or even come close because 1. DeceptiCONS cannot even define “hegemony” and apply it properly in this instance and even if they could 2. The Iranians do not and will not magically acquire the massive resources needed to achieve “hegemony” which is of course the tyranny porn, lusted after by DeceptiCON deniers of a peaceful, modest foreign policy.NEVER-ENDING WAR is baaaa-aaaaack – I’d like to know under what authority is Obama launching airstrikes in the sovereign nation of Syria? The alleged reason is to protect U.S. trained “rebels” in their fight against ISIL/ISIS, HYDRA, SHIELD, GOLDFINGER. BLOFELD and whoever else we declare as an enemy today. Of course the war-hawk USA! crowd in Congress will do nothing about THIS usurpation while protesting mightily the power grab needed to try and regulate every coal fired power plant out of existence.

WHERE’S THE WOMENS HEALTHCARE, PP? – So how many mammography centers does Planned Parenthood run/operate in the U.S.? Remember, the pushback against its being forced to permanently fast from the Federal trough is all those “health services” it provides to women in need. Well it can now be revealed that Planned Parenthood runs exactly ZERO mammography centers. That’s right zero point zero…NONE. Sean Davis has all the details

It will come as no surprise but should still shock any reader’s senses to know that the man behind the Gurney Kill Butcher Shop videos showing Planned Parenthood’s monsters haggling over prices for the body parts of aborted babies has a video that shows the company Stem Express’s executives ADMITTING THAT THEY RECEIVE FULLY INTACT BABIES for their “research”. David Saleidan, the Center for Medical Progress’s leader says this then raises the question of babies being born alive, THEN “aborted”.

0Shares
tinder
Previous PostChesterton: Where There is “Serious” Love of Animals (Cecil) There Is Human Sacrifice (abortion)Next PostDemocracy’s Epic Fail: The Electoral College Should Be Brought Back 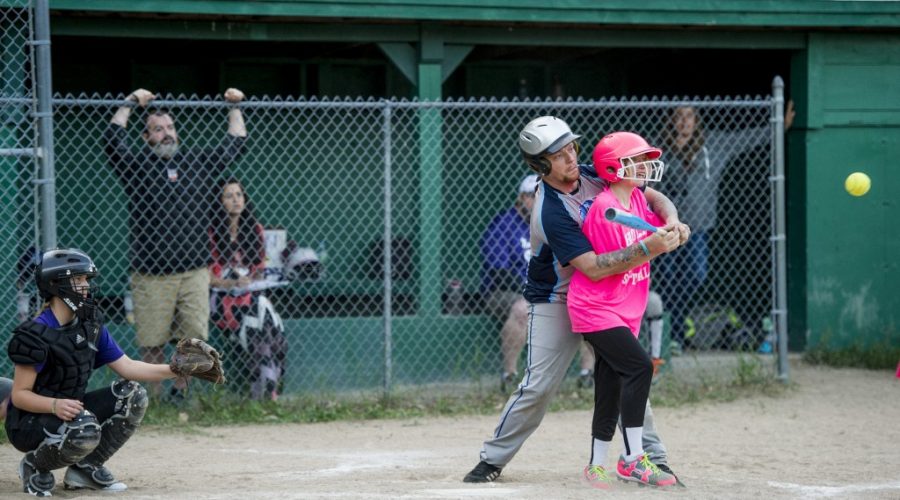 Where Are The Fathers To Defend Their Daughters From The Junior Trans Mafia?

Welcome To The Age of Digital Adultery Via Tinder, Hinged & Other “Hookup apps”