Only The Good Die Young 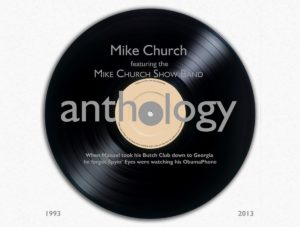 Mike:  This story was originally posted at The Daily Sun newspaper in Great Britain.  Here’s the headline, “Three Lesbian Women ‘Marry’ Each Other, Claim to Be World’s First ‘Throuple’.”  Walter, what’s a throuple?  That’s a good question, what is a throuple?  Well, when you just confer the ability to make up your own moral codes and your own set of moral laws and what have you, this is what’s going to happen.  Again, if you think this is the end of it, this isn’t even close to being the end of it.  How depraved and promiscuous has the American society become when a story like this doesn’t even generate the hint that maybe something ought to be done about this.  And it won’t.  You know what it will generate, [mocking] “Well, we have to have open minds about these things.  These women have the right to experience love.”  Three of them?

I suspect that three of them will now give way to four and five and six and pretty soon you’ll have a Brady Bunch.  Pretty soon you’ll have the old television show from the 1970s, eight is not enough.  As a matter of fact, if we wanted to have fun with this, we could just sit here for the rest of the day and say that now that polyamory is being foisted on our heads, just as some of us predicted it would be, we’re going to have to go back and change the titles and the stars of all the family-friendly television shows from the ‘60s, ‘70s, ‘80s and early ‘90s.  What will they be called now?  Eight Is Not Enough, that’s a good start, the Not-So-Odd Couple.  I could probably make a dozen of them up just thinking off the top of my head. 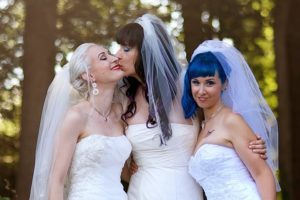 I have recently seen and have commiserated with people that I know that fancy themselves as — they’re not Catholics — what many of you call evangelicals, born-again Christians, whatever you want to denominate them.  It’s quite surprising to me that all of them are now devotees and have selected their favorites of who their favorite pop music stars are.  You can go to a restaurant today and it’s almost impossible to escape the soft-core pore.  Just recently here, in the last couple days, I had the chance to share some bread with one such individual, or I should say one such individual’s family and myself and my daughter.  I just notice these things.  I notice what it is that’s playing on the overhead speakers.  I can hear the soft-core porn coming out of the speakers, and then I can see everyone, regardless of sex, regardless of age or ought to know better, tapping feet, humming the rhythm, or even mouthing the lyrics back.  I just think to myself: You know what this is?  It’s so ubiquitous now that it’s inescapable.  It doesn’t even appear to be aberrant any longer, but boy, it’s aberrant.  It is aberrant, the suggestiveness in almost all of what is called pop music today is repulsive.

I was thinking about this today.  Some of you are going to go, [mocking] “That’s it, Church, I’m never listening to you again, you prude.  You gotta get out there and have some fun, boy.”  I was thinking about this.  During this particular restaurant encounter, I went to the bathroom.  You can’t even escape this in the bathroom.  I’m in the bathroom and this stuff is piped into the bathroom now.  So they start playing an old Billy Joel song, a song that I probably have sung a couple hundred times, shame on me.  I won’t sing it anymore.  As it comes on, I find myself almost entrapped because it just seems so natural to do so, to sing the lyric that goes with the song “Only the Good Die Young,” which I’m sure many of you have CD recordings of, many of you have on your iPods and you think: That’s a great song.  That’s great lyrics.

Anything and everything you have ever wanted to know about Stonewall Jackson!  The first pamphlet in a series for persons of Historical Importance.  Great for homeschool children, adults and the average True Blooded American that wants to learn more about American History.

Think about what is being said.  Just to give one example of this, just to show you how innocuous this is today, but it is patently offensive and it is patently aberrant.  Just think about what’s contained in that song.  “I’d rather laugh with the sinners than cry with the saints.”  Why in heaven’s name wouldn’t you want to cry with the saints or laugh with the saints, as if the saints have never had a moment of laughter?  It dawns on me, as you think about this: What is the purpose or the reason why there are these figures that throughout history have become saints?  There’s not a one of you listening to this broadcast right now that in any small town or large town in the United States can’t drive to any street corner and find me and call me, as you’re sitting in front of it, from some church that is named after whom?  St. Michael, St. Anthony, St. Athanasius, St. Catherine, St. Agnes, there are hundreds of them.  [mocking] “Mike, what’s the point?”  How did they become saints?  There’s actually a code, a test.  They have to meet certain qualifications — St. Thomas, St. Augustine.

If there’s a horrible sickness out there, say Alzheimer’s, and if you knew that there was a cure for Alzheimer’s and you knew lots of people that were suffering Alzheimer’s, would you vend or render the cure to those suffering the Alzheimer’s?  I think the answer 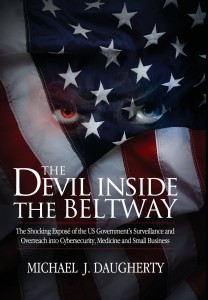 to the question is: Of course you would!  It’s a horrible disease.  It debilitates the body.  It totally eviscerates the mind, makes the human condition a thing of horror and the person that’s suffering it a subject of pity.  Why wouldn’t you?

If you had a cure for a sick soul, would you administer it?  [mocking] “Come on, that’s a loaded question, of course you would.”  All right, well, what’s the cure for a sick soul?  Here’s the short answer: Pursue sainthood.  We’re not all going to become saints.  No one is under the delusion that we’re all going to become saints.  I said pursue sainthood.  One of the things that you would do is, if you were in pursuit of sainthood, I don’t think you would mock the saints.  I think if you were trying to avoid the fiery pit of hell, you wouldn’t want to be laughing and yucking it up with the sinners instead of crying with the saints.  It’s just one example.  I don’t mean to bludgeon anybody that listened to that song last night and remembered how cool it was back in the ‘70s.  This culture, this society that we live in, that doesn’t take any offense or that few take any offense at any of these displays of morally-deprived and aberrant behavior, you’re going to create the following.