Mandeville, LA – Exclusive Video and Audio – There are clauses in the Constitution that the Government can rely upon to deal with citizens who are expected of committing treason and those include trying them in a court of law… not flying a drone over their house and dropping a bomb on them while they’re having a BBQ. And this lethal power that the state wields is very dangerous because it is the ultimate power, there is nothing more precious than life and for it to be asserted in public that a Government can take the life of it’s citizens is to let the genie out of the bottle, as they say. For more check out today’s Founders TV and sign up for a Founders Pass if you don’t already have one… 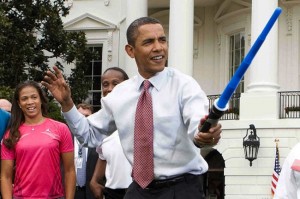 I dont understand the surprise by this answer of course its constitutional of course the courts will side for it, Its happened since 1861 when the States were told to raise regiments to quell the “rebels” who had seceeded oh im sorry lincoln didnt care forced a situation at Fort Sumter. Couldnt negotiate sent his version of the drone to retake and kill citizens that he said were still part of the union. which they said were not but without regard to the lives they were taking brought troops and military hardware which is what a drone is, its a fancy cannon ball. its directional artillery but its still the process of war.

I listened to the other guys today on the radio say how wrong Obama is, How if this ever happened the People would not stand for it, when its already happened and they did stand for it. firing a drone is clean sending an army to a city to take it over is dirty.

mike i gotta tell you i have taken the red pill. I made arguments yesterday my fellow big R republican coworkers just sat there flabergasted mouths open wide shocked

i yelled at my radio today as the hosts said obama was the worst president in history for saying that he had the right to use a drone against a citizen.. when we have already had one president do it for hundreds of thousands of them, not including the total destruction of Atlanta and other cities in the south. not just military targets.

IVe been to mordor on the potomac i love the city perhaps its my roots since i have traced them back to virginia Maryland and Pennsylvania. But now that i see the set up of the city the Washington monument being what was central. and majestic now its a side note because where the lincoln memorial was designed with a message from another noted American progressive that also sent a generation to war.. FDR made sure that he placed a larger than life Lincoln staring at the representatives of the people and the states, as a constant sentinel reminder of the ongoing fact that the Union stands above the States that formd her and never dare step out of line again..