What Is Advocation? How College Is Promoted

Mandeville, LA – Exclusive Transcript – “It’s simply to observe this and point out how inappropriate it is, and how the use of words has become so perverted, and the things that we tell kids they’re supposed to do and they must do do not comport with the way we act and the things we act upon.”  Check out today’s transcript for the rest….

Mike:  I went to orientation for daughter number two to the college that she is going to be attending beginning this August.  I won’t give you the name of the university, but if you listen long enough in the future, you’ll be able to figure it out.  The kids have an entire day-long orientation, and at least one member of the family also has to attend an entire day of adult orientation.  I volunteered.  I went to the adult orientation.  We went together and split up after the meet-and-greet.  She went her way and I stayed in the adult orientation room.  There are a couple of observations here that I’ll pass on.  See if anyone else alive has ever had this experience, because I seem to be the only one that ever has any of these experiences.  Perhaps we can share this moment.

By the way, I don’t fault the administrators.  This is not to condemn the people that I’m about to talk about.  I’m not going to name them anyway, but it’s not to condemn.  It’s simply to observe this and point out how inappropriate it is, and how the use of words has become so perverted, and the things that we tell kids they’re supposed to do and they must do do not comport with the way we act and the things we act upon.  The admissions people – it didn’t matter whether you were talking about housing, whether they were talking about the “education” the kids were going to get, whether they were talking about financial planning, financial assistance, meal plans, etc., etc.  It didn’t matter to a presenter – there were about a dozen of them during the day.  Over and over and over and over again, the purpose of the daughter going to that particular college was for job training.  We’re going to get you in, get you out in four years, and you’re going to get a good job.  We’re going to get you into that workforce.  We’re going to prepare you for that workforce. 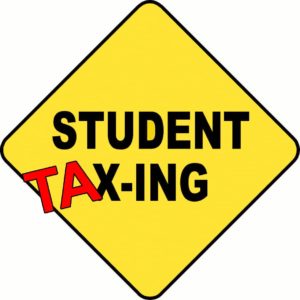 There were two others that were divided up there.  Over and over and over again, it was not about the advancement of the daughter’s mind and her ability and skill to think and to use logic and to use reason and to pursue truth, none of that, none of the learning of the liberal arts, none of the enhancement of life and of the mind that will be the result of learning how to think.  It was all about economics and job training.  This is the bill of goods that is being sold to every youth, nearly every youth, in the United States today, if indeed not in the entire Western world.

That is such a drastic departure from about 1200 years of advancement in civilization.  It’s difficult for me to pick a spot that I would want to start making the comparison and trying to drive that point home.  Some of you might be saying, [mocking] “What difference does it make?  If they go your stupid route, they still wind up getting a job.  They still wind up this, that, and the other.”  This is where we come to the term “vocation.”  What is a vocation?  That’s a job, is it?  It used to be that motherhood was a vocation.  How many of you knew that?  Fatherhood is also a vocation.  Can you point me to a school where I may go get a four-year degree in either of those?

There are still currently vocations.  For example, you may see a vocation as a minister.  You may seek a vocation as a sister, as a brother, as a monk in other words, or a nun.  You may seek a vocation as a priest or a pastor.  You may seek a vocation as a cantor.  Of course, you could go to a liberal arts college and learn music, which is one of the quadrivium of classical liberal arts, and then apply that into that craft.  We had a gentleman that called last week and was almost embarrassed he had gotten a degree in music and was using it for that vocation.  Everything is ported towards the amount of money that can be earned.  It has nothing to do with quality of life and happiness, which we discussed in the first hour how you pursue that.  Happiness is derived by having that good job, which is not to say that people don’t find happiness in labor because you can.  That’s not the ultimate happiness.

If we were teaching our kids from the start how to think and not what to think and freeing them.  You want an example of real liberty?  How about the liberty to not have to participate in Mordor on the Potomac and our elite federal ruling masters on the East Coast and how they have designed a system that is nearly inescapable.  It’s like trying to escape Earth’s orbit.  You’ve got to be going 21,000 miles an hour to escape Earth’s orbit, or whatever it is.  It’s almost inescapable to escape their plan.