Mandeville, LA – Exclusive Audio and Video – I digress on the whole bringing “the Republican party back to its roots” initiative. As I will demonstrate in “What Lincoln Killed-Episode III” (I HAVE thought that far ahead) the “Radical Republicans” were no friends to liberty or anything that you would call “conservative” so that project is actually one that would make our current politics worse. As Clyde Wilson points out today at Lew Rockwell’s site, “conservatives” were formally identified not so much by party as by their rejection of consolidation in the center. There are but 4 Republicans alive today who practice this and they do not make the cover on NRO. – Mike Church

Conservatism Without Alexander, Abraham, and Irving

Brion McClanahan, one of the best young historians of the day, and I have collaborated on a book that ought to be of interest to readers of this site. In fact, you were one of the audiences we had in mind as we wrote.

The book is Forgotten Conservatives in American History

(Pelican Publishers). Before you are off-put by the reference to “conservatives” in the title, consider some of the sixteen figures we have treated – John Taylor of Caroline, Condy Raguet, Grover Cleveland, William Graham Sumner. Our goal has been to establish a conservative tradition of thought that, from the War of Independence to the mid-20th century, defended the decentralist, laissez-faire, and non-interventionist regime bequeathed by the best of the Founding Fathers. The true conservatives have been those who wanted to let the American people alone and not hector and dragoon them into schemes of “progress” and foreign entanglement.

Conservatism, for us, has been a powerful and eloquent train of thinkers who have opposed the Hamilton/Lincoln regime of state-capitalism and the Roosevelt/Bush/Irving Kristol agenda of “global democracy.” Our conservatism stands strongly contra to the historic Republican party and to “neoconservative” imperialism. In this we are not so much out-of-step as some may think. Russell Kirk, “the father of modern conservatism,” considered Alexander Hamilton to be no conservative but rather a dubious “innovator.” And more than once Kirk lamented that “the conservative disposition” in the United States has too often been misunderstood by identifying it with rent-seeking behaviour.

As we have tried to show, many of the great figures of American literature – James Fenimore Cooper, H.L. Mencken, William Faulkner – fit well into our scheme of true American conservatism. The thinkers Dr. McClanahan and I have presented are perhaps not so much forgotten as they are unheeded, but they are all good men who have warned tellingly of the march toward the regime of regimentation and exploitation that is now established. Not only established but celebrated as the glorious end of history.

Copyright © 2012 by LewRockwell.com – reposted with permission 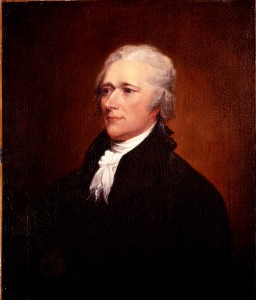 Excellent commentary. It’s rare that the parties steer far from their establishment base. But, for decades, the right has been linked with the Republican Party because there’s nowhere else to go… among the two major parties.

That’s why the challenge is not reforming Congress as the claptrap goes it is chugging the course of the GOP. if this can not be accomplished and the [r]epublican movement’s numbers swell, then the need for a new party will emerge.

I’ve got to get this book! Thank you for sharing such quality material, Mike. Your show, your website, and the resources you share are a breath of fresh air. God bless…..