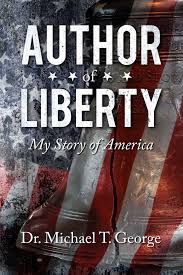 Mandeville, LA – Exclusive Transcript – “There’s a line in the Roman Rite, right before you get to the Domine, non sum dignus, of the Centurions Creed, about I am not worthy.  There’s a line in there where you acknowledge that you’re about to receive the body and blood, the precious body and blood of Our Lord.  What is it that I could possibly do for you?”  Check out today’s transcript for the rest….

Mike:  Yesterday we were exhorted to do this.  The priests were very busy yesterday.  It was heartening to see – when we think that the lights are being dimmed or that the glass is half full and we should fall into a state of despair, the world is rotten, everything is crumbling around us, there are maniacal and evil people, Hillary is still out there, etc., etc., you have to temper that with the fact that if you look for it, there actually is goodness, there actually is trueness, and there actually is beauty out there.  There’s actually humility out there.

You see somebody standing on line – there must have been 20, 25 people standing on line yesterday prior to our noon mass to go to confession.  This is part of a tradition, but it’s also part of something – it’s an act of humility.  You do this because you know – even if you haven’t committed some grave, horrible, mortal sin, to prepare yourself and to become as spotless and pure as you can when the light of the world of the birth of Christ is re-celebrated and reenacted on that day, Christmas Day.  It would only make sense.  It sounds to me, or the way I view that, is that’s something humble.  It’s something beautiful and honorable.  We’re expected to go: Hey, God, give me, give me, give me.  God wants me to be happy and have a bigger house and lots of presents and a car this Christmas.  What are you going to do for him?

How do I repay this, this most awesome, most beautiful and important of all gifts?  One of the things that we can do is to prepare ourselves – that’s what Advent is all about, preparing the way.  He’s coming.  Get ready.  It was just moving yesterday to see so many people, such a humiliating experience.  You’re standing in the confession line and everybody knows why you’re there.  Nobody is guessing.  To prepare the way for the coming of the coming of the Lord –

I have this, one little tidbit story or two that I have here.  One is from John Horvat, “The Sexual Revolution’s Unhappy Result: Self-Marriage.”  Horvat is the author of the book that many of you have on your shelves called A Return to Order.  Horvat’s goal in promoting the book and doing all the promotion he’s done with it is to get people thinking correctly again about the correct order of our affairs.  We talk about it all the time incessantly here on the Crusade Channel.  As a matter of fact, it’s one of the reasons why we exist.  I try to place the order correctly here.  Broadcasting is my vocation.  My vocation does not come before my eternal vocation.  My eternal vocation is to pursue a blessed eternity.  That’s really what I’m here for.  That’s what you’re here for.  We’re all here for the same purpose.  When we pursue a blessed eternity, we are acknowledging, as the first order of business I should say, we’re acknowledging that there is an order.  It’s a natural order, by the way.  It’s not an unnatural order.  It’s a natural order.  When we order our affairs that way, things turn out differently.  Trust me.  I can personally vouch for it and can tell you that things turned out differently.  Horvat is writing about this:

With everyone marrying anyone, it would seem only a matter of time before someone would end up marrying no one. Leave it to the postmodern imagination to open up absurd frontiers in non-marriage. Marrying no one is now an option.

Officially, it is called sologamy. [Mike: Can you believe that?] It consists of a person marrying one’s self. [Mike: I’m not making this up.] It sounds bizarre, but the fact is that these same-self “marriages” are now happening, although not on a mass scale. People—mostly women at this phase—are holding public ceremonies in which they say “I do” to themselves, and celebrate, complete with ring, wedding dress, cake and reception. Predictably, trendy writers, artists and life coaches, who already live in an unreal world, are the ones not tying the knot.

Marketers have even latched on to the trend. There is an “I Married Me Self-Wedding-In-A-Box” kit that can supply lonely self-spouses with ceremony instructions, sample vow formulas, fake certificates and other materials. It is to be supposed that the photography would be taken care of with selfies. As for the legality of the act, there is nothing to “legalize” since this ultimate private fantasy only exists in the imagination of the one-ple (not couple).

As crazy as sologamy sounds, there is something terribly consistent and logical about its appearance on the “define-your-own-marriage” scene.

Mike: That’s exactly what is happening here.  Folks, the error was made back in the 16th century, which was in granting civil authority power and dominion over the marital act, over the sacrament of marriage.  It is a sacrament.  It was troubled then; it remains troubled today.  You can’t put that genie back in the bottle.  Well, we can start trying to contain it now by pursuing sacramental marriages and by honoring only sacramental marriages going forward.  There’s nothing we can do about all the civil marriages that are already done.  It’s water under the bridge.  You let the bygones be bygones.  People say: How would I make my marriage a sacramental marriage?  There’s a way to do it.  Even to get people thinking about that, I think, is a positive outcome.  Folks, we’re not going to be able to stop – this is the perversion of a perversion.  I’m trying to think of what the next logical step is after sologamy.  After you’ve married yourself because you don’t want to marry – [mocking] “I’m not giving myself to anyone else.”  I’m reading from John Horvat.

It is a fitting metaphor to represent the failure of the promises of the Sexual Revolution to make people happy.

Mike:  Again, I described happiness moments ago here on this show, in the last segment.  What is happiness?  Happiness is knowing or trying to know God, even though we’re not going to get to know him in this life or in this realm.  It’s not going to happen.  However, we can see the beauty of his creation.  We can marvel at the fact that all of it was created for the benefit of man.  No one ever puts any thought into these things, or perhaps I should from time to time, and share them with people.  I’m a radio host.  [mocking] “You’re supposed to be talking about the Electoral College.  You’re supposed to be talking about politics.  Mitter Church, we don’t want to hear any of the [unintelligible].  We just want to hear [unintelligible].”  No one ever puts any thoughts into this.

Excluding the sun, what purpose?  Some egghead out there is going, [mocking] “It keeps the gravitational force . . . .”  How do you know?  Have you ever been to one?  No?  Okay.  [mocking] “But I saw a picture of one.”  No, you saw a NASA computer-generated image.  You didn’t see it.  What purpose does a star serve?  This drives the anarchists, the atheists, the whackos, it drives them nuts.  [mocking] “It has to be out there ‘cause it’s part of the cosmos.  It orders the cosmos.”  Okay, orders it according to what?  So the scientists could grapple with this for millennia and never answer it.  Matter of fact, they have.

The Christian can answer this in a couple of sentences.  What purpose does a star serve?  God’s purpose.  [mocking] “It can’t be that simple.”  You didn’t create it; he did.  Purpose number two – no, no, Melissa, you’re getting way too deep here.  This is not an episode of the Hallmark Christmas series.  The star serves the purpose that man gazes at it.  Man thinks it’s beautiful, thinks it’s amazing, thinks it’s wondrous, thinks it’s miraculous, thinks [insert adjective / descriptive term here].  Somebody says provides light.  It serves the purpose that it was created by God for man.  Let me try to get you guys out of thinking of this in the florid 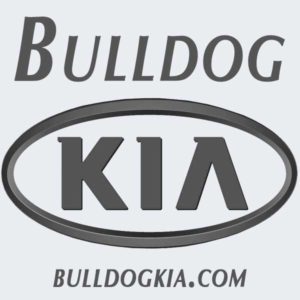