Confusion and our Moral Code as Christians 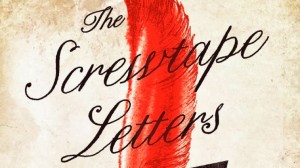 Mandeville, LA – Exclusive Transcript – “There is a danger in thinking too critically.  If you think too critically, that would mean that you would then begin to question things that are not questionable and there is no need to question them.  Critical thinking has its limits.  This is where the philosophy aspect of it comes in.”  Check out today’s transcript for the rest….

Mike:  When I say critical thinking skills – this is something that has developed and I’ve learned – I just want to be clear here.  There is a danger in thinking too critically.  If you think too critically, that would mean that you would then begin to question things that are not questionable and there is no need to question them.  Critical thinking has its limits.  This is where the philosophy aspect of it comes in.  I started reading about three days ago G.K. Chesterton’s book on St. Thomas Aquinas and St. Francis Assisi.  As usual, when you read anything Chesterton, you spend a lot of time reading and laughing, chuckling, and such is the case with this one.  Although, there are great observations that Chesterton makes.  One of them in the first chapter – and I think this applies to today.  I actually thought about this and sent this to a couple people last night, a couple friends.

Chesterton said in this book, chapter one of his book on Aquinas, he said that every epoch, every era has its saint.  It has just the saint that that epoch or that era or that generation needs.  In the case of St. Thomas and St. Francis Assisi, they were needed by that time.  Chesterton was questioning, at the time he was alive, who was his generation’s saint.  He could not possibly have known that that would be the great St. Pope Pius X.  He couldn’t have known that, but that’s who it was.  For the next generation, who was the saint?  St. Padre Pio.  There were others but Padre Pio comes to mind.  Who is it for us?

Here’s a question for the audience.  Regardless of denomination, regardless of your affiliation – we all concur, that’s why we’re listening to shows like this, partly to be entertained but partly to make discovery and find common cause with others.  What do you think is our number one – if you had to just – say: Okay, we’re going to give you the keys to the solution.  God’s going to give you the keys but you can only fix one issue, one problem.  What would it be?  If you can answer that question, then you would have the answer of who or what our saint of our generation is going to be doing.  If you ask me the question, I say the primary issue or problem that plagues the modern world is the error – and it’s a horrible error – of moral confusion.  There doesn’t need to be any.  There can be resistance to the known and true moral code.  That’s fine.  You would expect that.  Resistance, nonconformity, that’s fine, but there shouldn’t be any disagreement on what it is.  Do you understand the different, my friends?  Not conforming to it, which is what the homosexual agenda does, and what the heterosexual hookup culture does, and all the other disrespectful, irreverent things, the immodesty and the like, that’s nonconformity.  That doesn’t say anything about what the code is.

In other words, what I think is going to happen is our saint is going to tell us – he’s probably going to be martyred over it, or she – what that code is.  Maybe it’s saints.  To me that’s the issue.  I do not deny that every generation has had people that refuse to conform and will not abide what the code is, but that is not the same as not being able to define specifically the code.  Yes, the Ten Commandments are a great place to start, but they’re not the end.  The code can be known, but it also can be ignored.  Our saint is going to remind us what the code is.  That’s what’s missing today.  That’s what’s sewing the confusion.  If the code were known and if you knew what the failure to obey it was, which is the peril of your mortal soul, then you’ve made the choice.  At least you knew what it was and you chose not to conform.  You chose to disobey or whatever verb or adverb you wish to use.  We can know it.  Once we can reaffirm what it is, then we can go about the business of encouraging acceptance of it.  You don’t accept it because, [mocking] “Well, I had to accept it ‘cause I have to.”  No, no, you’re looking at it all wrong.  You accept it because that is your birthright.  That’s what leads to happiness and to eternal happiness.