Mandeville, LA – Exclusive Transcript – The problem today is, and why your plan will not work under current conditions, because your State of Pennsylvania is in on it.  Your state, just like my state, cannot exist and cannot continue to pretend that it can afford all the vainglorious government services it provides without the general government borrowing $1 trillion plus every year and then sending it back to the states in the form of block grants.  Check out today’s audio and transcript for the rest…

Mike:  Let’s try Barry in Pennsylvania.  Hello, Barry.  Have I talked to you, too?

Mike:  That’s a novel idea.  You’re not the first to float it on this show.  I’ll give you the same answer.  Are you a new listener, sir?

Caller Barry:  In the last year, on and off.

Mike:  It was probably in another hour so you may not have heard this.  I’ll give you the same answer that I gave the last couple of gentlemen and ladies who have suggested that states ought to basically sequester income tax receipts and not fork them over to the general government.  Theoretically, that’s a wonderful idea.  That would obviously give each individual state some bargaining power with the general government if that’s what was actually going on today that was the problem.  That is not what the problem is. 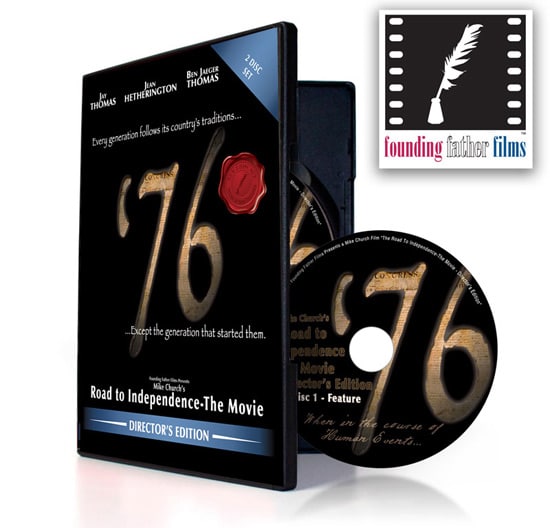 The problem today is, and why your plan will not work under current conditions, because your State of Pennsylvania is in on it.  Your state, just like my state, cannot exist and cannot continue to pretend that it can afford all the vainglorious government services it provides without the general government borrowing $1 trillion plus every year and then sending it back to the states in the form of block grants.  At the end of the day, your state does not want to play Russian roulette or truth or dare with Uncle Sam.  The fact of the matter is, without all that money coming from Washington, DC, you are going to not be able to meet your current obligations.  You’re not meeting them anyway.

You take away what the Fed is pumping in in fake money and what is borrowed every year and then sent back every year in the form of block grants, and your state, if it’s anything like my state — I think all states are over their eyeballs in this.  The average Louisiana family of five would have to be taxed an additional $22,000 per year just to meet our Medicaid payments.  That’s how much free money, boatloads of federal money, that we’re getting from the Feds.  That’s how much it would cost a family of five in Louisiana just for Medicaid alone if we actually had to pay for the benefits we dole out and did not have the  borrowed, fake money from the federal government coming our way.  That’s how sick this is.

End of story, your state is in on it.  They cannot afford to threaten the federal government with anything for fear that the Feds will withdraw the borrowed funds.  Your state has to have a balanced budget every year and can’t borrow money.  They have to rely on Congress to do it for them and pretend as though Congress is the bad guy and that [mocking] “Congress is making us do all this.  We want to assert our sovereignty.”  No, you don’t, sir.  Sit down and shut up.  No, you don’t, you’re a liar.  You know it and I know it.  Now, if we can get enough citizens that will sniff out the game and demand that states actually live within their means without borrowed federal money and borrowed money in the form of block grants, then we’re going to be onto something, Barry.  Then your plan will work swimmingly.

Caller Barry:  In this great state, the commonwealth here, our Governor Corbett has just announced that he’s planning on spending, I believe it was to the tune of $111 billion more this year than last for various departments.  That’s okay, a burger today and I’ll pay you on Wednesday.

Caller Barry:  You have a good day, sir.  Thanks for taking my call.

Mike:  You’re very welcome.  Thank you.  I’m glad you made it.  Thank you very much. 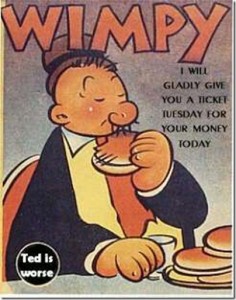 Being a fellow Pennsylvanian, I very much sympathize with caller Barry. Harrisburg is a joke, and so are the governments of Pittsburgh and Philly, among others. This goes down to the city & county level. The debts they run up from lavish spending & government union contracts are mostly “paid” for with new municipal bond issues, which is about as oxy-MORONIC as it gets. Bonds are supposed to be a means of raising capital for corporations, but that requires that the bond issuers PRODUCE something before wealth can be created, and interest paid back. What does government produce? Municipal bonds are the heart of our problem because they are what enable this sickness to persist, from city councils all the way to the US Treasury. You get these know-nothing, bureaucrat hackfrauds in there who only know that when their flagrant stupidity runs another budget into the red, they merely have to “do something here called a bond issue, whatever that is”, and all they know is that magically they receive boatloads of OPM, and they know that by the time the bonds mature they’ll be out of office sitting on a nice fat public pension, and in the meantime they can distribute that money to all sorts of different social-corporatist pet projects, subsidies, and plenty of vote-vaccuuming welfare. If counties slim down their budgets first and stop issuing bonds, it could enable the state legislature to do the same thing. HA! We all know that’s never going to happen. Sadly, it’s going to take a staggering amount of misery before a state actually separates itself from Washington on any level. I just fear the level of misery that would actually have to be attained before anything like that is even attempted.