Great For Professional Conservatives But Rotten For Republicans 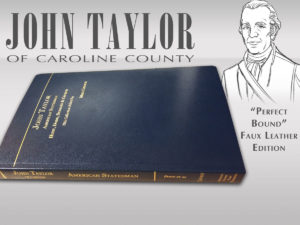 Mandeville, LA – Exclusive Transcript – “Six years ago today, I was not sitting in the comfy environs here of Studio D in Mandeville, Louisiana.  I was broadcasting out of the studio that Paulie is currently in at XM Satellite Radio.  Later that morning, as soon as the show was done, we were going to march over to Lafayette Square, which is, I believe, on the north side of the White House.  It was directly across from the White House, where a massive taxpayer protest rally had been planned.”  Check out today’s transcript for the rest….

Mike:  Six years ago today, I was not sitting in the comfy environs here of Studio D in Mandeville, Louisiana.  I was broadcasting out of the studio that Paulie is currently in at XM Satellite Radio.  Later that morning, as soon as the show was done, we were going to march over to Lafayette Square, which is, I believe, on the north side of the White House.  It was directly across from the White House, where a massive taxpayer protest rally had been planned.  As a matter of fact, I think I still have those pictures that people had sent me from all across the amber waves of fuel, hundreds upon hundreds upon hundreds of photographs that were taken that day of tax day rallies all across the land of the free and the mobile home of the brave.

For those of you that have a phone — for the eight of you that remain listening now and have paid your cell phone bills this year, can you answer the question and remind the seven others that are now listening: What was the issue that people gathered to discuss and to revolt against on April 15, 2009?  I bet no one can answer this.  I can answer it because I was there and I remember it and I spoke at the rally.  What was the issue?  If you can name the issue, let me ask you the follow-up question: Has it been solved?

I could just illustrate the ridiculous nature of how we attack our problems.  We bound from crisis to crisis without ever having resolved the original crisis that we began with, as is evidence by the query I just asked.  Let’s see, Paulie, you were what, a junior in college in Pennsylvania six years ago today or a senior?

Mike:  Yes.  Were you still in school?

Paul:  No, I was graduated by that point.

Mike:  If I ask you the question, do you recall?

Mike:  You remember the rallies, right?  You remember they were all over the news.  This was when Keith Olbermann was still on MSNBC and accused people that were going to these rallies as being “teabaggers.”  I’m sure you remember this.  This is when Susan Roesgen, who I worked with her at ABC Channel 26, was still working with the Clinton News Network was at that rally in Chicago.  She asked the guy who attended the rally, and he was holding his one-year-old or two-year-old son, she asked him: What are you doing here at a government protest with your kid?  Of course, ten days later or so, she was no longer employed.  What was the issue?

Paul:  Was it that taxes were too high?

Paul:  Government spending overall, right, basically taxes and spending and the need to rein in government.

Mike:  I’m going to tell you what the answer was since no one can answer my question, which happens every time I ask one.  I guess memories are fleeting.  There were three.  What had just happened on April 15, 2009, ladies and gentlemen?  So many of you trudged off to those tax day protests.  What had just happened?  General Motors had been bailed out.  That’s what had just happened, that GM had been bailed out.  Chrysler was next.  That’s one.  What else had happened?  In November of the previous year, shortly after the election, what else had happened?  TARP, Troubled Asset Relief Program, does not one remember TARP?  TARP had passed.  Tarp had passed with Republican fingerprints, especially Boehner’s, all over it.  What was TARP?  They’re gonna get a bailout, aren’t they?  Here’s a reminder of what TARP was.  You remember this?  Many of you ask me to play this often.

Dawe: Okay, Roger your special subject tonight is the economies of the European community. Your time starts now. Best of luck.

Dawe: How much does Greece owe, Roger?

Dawe: Correct. And who do they owe it to?

Clarke: Mostly to the other European economies.

Dawe: Correct. How much does Ireland owe? 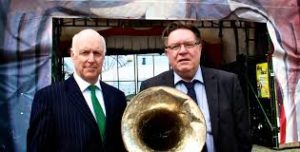 out, hundreds of millions of dollars.  There were billions of dollars that were flying all over the place.  That’s issue number two why you showed up at the Tea Party rally on April 15, 2009.  What was issue number three?  Again, since no one can answer or ever will answer any question ever posed here on this program, I have to answer them all myself.  That’s okay because I was fully prepared to answer the question.  Issue number three, you knew it then as stimulus.  I used to call it porkulus succubus stimulus, $986 billion.  Do you not remember?  The Put America Back to Work project – some people probably still have America Back to Work construction signs somewhere in the hamlet where they live.  There’s probably still some projects going on, roads, unnecessary, unneeded roads, bridges, sewer system repairs, etc., etc.  What was the total of the stimulus, the porkulus succubus stimulus?  $960 billion.  There were three things – that’s not to say that people did not show up because their taxes were too high.  Indeed they are and I’m sure people did.

Frank S, a listener, sends me [mocking] “It’s Obamacare.”  No, not in 2009, Frank.  It was not Obamacare.  Obamacare hadn’t even been hatched yet.  They were saving that for the next year’s rally.  Those were the three major things: TARP, porkulus succubus stimulus, and the bailout of GM.  You could actually add four, the mortgage bailout.  How many of you people remember that?  Do you remember – I think I still have the digital media file here.  What was his name, on CNBC?  He’s asked on CNBC: How many of you want to pay your neighbor’s mortgage?  I haven’t talked about him in so long.

Mike:  Right.  This has been presaged by Rick Santelli doing what?  [mocking] “How many of you want to pay your neighbor’s mortgage?”  There were several bailouts in other words.  Of course, the bailout program is still en vogue.  As a matter of fact, there are advertisements that run on this very service to take advantage of the bailout program.  What is it called?  Is it Homeowner Adjustable Mortgage Program, I believe it is. (Home Affordable Modification Program)  In short, what was it?  It was concern over debt.  It was concern over the largesse that was being larded out to people that hadn’t earned it, that’s what it was.  None of these things were dealt with.  The stimulus porkubus succubus passed.  The money was meted out.  It was borrowed on your back, my back, my daughters’ back, your daughters’ backs, your sons’ backs, your grandkids’ backs.  It’s still being paid back.  We’re paying it back today.  When you go file your tax return today, a portion of that is going to go into paying back porkulus succubus stimulus.  You’re also paying back, because it did come in at a $44 billion loss, we’re also paying back – not only are you accorded the obscene, perverted “privilege” of purchased [mocking] “American-made, American-made, that’s American-made” General Motors products, overpriced, over-calculated, over-featured General Motors products.  Gee, I wonder who’s responsible for demanding that all these features be crammed into automobiles?  It’s not the consumer.

In any event, GM was at a loss.  What about all the money through the TARP program that was forced on small banks that didn’t want it?  Some of you have actually called this show and we had talked about – because you worked at small banks.  You talked about how your bank was forced.

You were compelled to accept the – Paul, see if you can find the Santelli clip.  That did not occur on April the 15th, though.  That happened in February.  That was shortly after Obama had taken office, and that was one of the first things that he and Lawrence Summers and Christina Romer and the rest of the elite criminal class at the White House had conspired to do all these things.

But if I added all these things up, the reason that you showed up on April 15, 2009, six years ago, was the summary of opinion that we were bankrupt.  There was no more – there is no – I should say there is no, but even back then there was no more money.  There still is

no more.  It’s still being borrowed.  Yet it proceeds today.  There’s Mrs. Clinton talking about taking new loans out for new programs, for new initiatives, to care for the poor, sloven, groveling masses in Iowa that are going to these ridiculous town hall meetings.  Do you see the point now?  What is the point of even having these discussions?  The American sheeple, arisen from their slumber with the election of Obama, pitched a major hissy fit on April 15, 2009.  It was a good hissy fit.  As I said, I was there.  It was a great hissy fit.  It was pouring down rain and 40 degrees in Lafayette Park that day.

Mike has been talking about many different ways to deal with the American Union & it’s attack dog, the “Federal” government – There’s Article V & Nullification too.

It’s not to say that people didn’t put effort into it.  You see now the daunting nature of the task that is ahead.  It seems to me here on Tax Day, as Mrs. Clinton launches her campaign, as the Republican candidates all disperse out across Iowa and New Hampshire with their grandiose but similar schemes, working inside the same entities.  Remember, these people get together and have cocktail parties.  There’s no distinction between Democrats and Republicans.  When the cameras are off and the American sheeple aren’t looking, Democrats and Republicans – remember that essay from Angelo Codevilla back in 2010 “America’s Ruling Class,” there is no distinction between these people, none.  They marry one another.  They procreate together.  They party together.  They vacation together.  They legislate together.  Only for the cameras and only for the entertainment of the unwashed masses, the gullible masses out there are they separate and apart.