Mandeville, LA – Exclusive Transcript – Since we assume that the State is there to pick up the slack or the tab, or the abortion doctor is there to end the procedure totally, and if not the divorce attorney is there to bring to an end the short-lived result of that relationship.  At every level, the State — this is what’s sick about this — has this covered.  God, morality, institution, morality, tradition has been totally removed and replaced by the State.  Check out today’s transcript for the rest…

Mike:  Sharleen is next in South Carolina on The Mike Church Show.  Hi, Sharleen, how are you?

Mike:  I hope you are enjoying your sojourn across the amber waves of fuel.

Caller Sharleen:  No, that was two years ago.  We already made our trip across.  I’m so glad to be out of California.

Caller Sharleen:  It’s a little bit more conservative over here.  I just wanted to ask you, have you opted your girls out of comprehensive health sex education from their school?

Mike:  Here’s the deal with this.  In our little hamlet here, it is optional to take sex ed.  Here’s what they make you do, though.  If your children opt out and they don’t want to watch the movie or a presentation — I understand it’s just a movie and there is a quiz on it afterwards.  If you don’t want to watch the movie and go through the sex ed orientation as part of, I think it’s health class they take it in, they do have to have a permission slip signed.  Then they are then sent to another room.  They have to leave the class.  They are then given another set of materials to review and study that they are going to be quizzed on.  The way I understand it, this is the way my daughter explained it to me, the score on this quiz would actually count whereas the score on the sex ed quiz doesn’t count.

Caller Sharleen:  Have you looked into the curriculum?  I want to challenge you to do that.  Over here in South Carolina —

Caller Sharleen:  I’m pretty proud of myself.  For the first time, I went to the statehouse.  I went to talk to my congressman about voting no to this amendment, H 3435, which is from the Planned Parenthood network.  We have a pretty good, comprehensive sex education or health education act right now where it says that teachers in health education should be teaching sex in the context of marriage.  Now they want to change that.  Planned Parenthood is practically behind this because they want to teach our kids gateway sexual activities.  They’re teaching our kids safe sex.  They want condom use, all that.  They don’t stress abstinence like they should.  Right now the curriculum is teaching kids that they should be wearing condoms, right?

Mike:  I would say that we should just end this dalliance with all this beating around the bush, so to speak, and do what the Chinese have done.  We should say: All of you get out there and procreate.  You’ve only got until you’re 25 to pop kids out, and if you have any girls, we’re going to forcefully abort them.  You can only have boys.  You can only have one girl per, I can’t remember what the allotment is.  At least the Chinese are up front and honest about it, right?  I wonder if Planned Parenthood is working for Mao’s descendants.  They’re good at this stuff, just ask Kermit Gosnell.

Caller Sharleen:  Yeah, it’s pretty sick.  You know how they want to make Plan B available to all ages?  Here in South Carolina, the legal age to consent to sex is 16.  We should be prosecuting people that are having sex as minors.  I don’t know why we’re not.  I don’t know why we’re saying: Twelve-year-olds are having sex, woohoo!  Here, give them the pill.  We should be prosecuting people for having sex with 12-year-olds.

Mike:  I would be all in favor of anything that gets in the way or slows this freight train down, but, again, it seems to me you’re going to have some protestation against this by those who protested if it were just for 17- and 18-year-olds, and rightfully so.  They would say that’s not how I think my child ought to be raised, not the kind of virtue and value and morality that I would like to teach them and I would like them to lead their life by, so I’m going to say no and no thank you to all of what it is you’re trying to do.  The fact of the matter is that the State, whether it’s the State of South Carolina, Louisiana, or in this instance, as we saw earlier, the FDA aided and abetted by the Obama administration has pretty much made its mind up.

The real duplicitous nature of this is that in the end result, what is really not desired is a familial outcome.  They want to teach the process without teaching the rest of the process.  If you’re going to engage in these relations, then what’s going to result from these results is this thing called baby bambino.  What usually results from that is this thing called marriage.  What usually results from that is fidelity and devotion and give and take, a life lived together to raise the product of those relations.  Since we assume that the State is there to pick up the slack or the tab, or the abortion doctor is there to end the procedure totally, and if not the divorce attorney is there to bring to an end the short-lived result of that relationship.  At every level, the State — this is what’s sick about this — has this covered.  God, morality, institution, morality, tradition has been totally removed and replaced by the State.  The only outcome that they are not totally in control of is the rara avis, that’s Latin for rare bird, of the two-parent young family that gets together, high school or junior high sweethearts, and remains that way until they appear on some life insurance commercial on CNN when they’re 80 years old.

At every level, the State has this covered except in what should be the most desirable and preferred outcome, which is that two young people make a commitment to make a family and they commit to do that for the rest of their lives as their foreparents did going back thousands of years.  But we’re smarter than those old geezers and old traditions, Sharleen, so we don’t need those people and we don’t need those ideas even hanging around anymore.  They’re dangerous.  That’s sad.  That’s the sick, twisted current state of affairs that we currently are living right through.  If you’re looking to live through a revolution, if you want a revolution, you’ve got one happening right in front of you.  The only question that remains, see IRS from the first hour, see FDA and the abortifacients now available for 15-year-olds thanks to the Obama administration.  You wanted a revolution; you’re living in one. 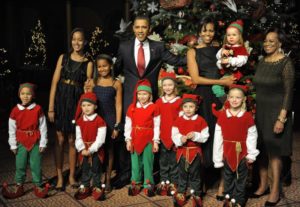