Mandeville,LA– This day in Founding Fathers History for July 4th.

FOLKS, a message from Mike – In addition to This Day in Founding Father’s History, a Founders Pass Member Exclusive; we have over 70, of my personally designed, written, produced and directed products for sale in the Founders Tradin’ Post, 24/7,  here. You can also support our efforts with a Founders Pass membership granting total access to years of My work for just .17 cents per day. Not convinced? Take the tour! Thanks for 18 years of mike church.com! – Mike

On this day in 1776, the Declaration of Independence was signed by 56 men from the 13 colonies. The colonies officially seceded from Great Britain with the vote on 2 July and the signing of the Declaration on 4 July. 1

In 1817 on this day, Governor DeWitt Clinton of New York broke ground on the construction of the Erie Canal. The canal had been proposed as early as 1768 but in 1808 a survey was finally funded. While under construction, many referred to the canal as “Clinton’s Big Ditch” but when it was completed in 1825, it was seen as an engineering marvel. The canal was four feet deep and 40 feet wide, had 18 aqueducts, 83 locks, and could carry boats up to 30 tons. The canal was enlarged between 1836 and 1862 and called “The Enlarged Erie.” The enlargement brought it to seven feet deep and 70 feet wide, allowing boats up to 240 tons to use the canal. A third expansion took place between 1903 and 1918, again deepening and widening the canal, as well as connecting it with four other canals. Today the Erie Canal is used mostly recreationally rather than commercially. 2

One notable birthday on this day in 1872, that of Calvin Coolidge, 30th President of the United Sates. Coolidge was born in Plymouth Notch, Vermont. He was a lawyer and worked his way up the political ladder, serving as a local councilman, on the state legislature, as Governor of Massachusetts, and as Vice President to Warren Harding. Coolidge became president upon Harding’s death in 1923, receiving the news while visiting family in Vermont. His father was a notary public and administered the presidential oath using the family Bible. Coolidge successfully ran for reelection in 1924. He was known as “Silent Cal” because he was a man of few words, although when he spoke he was known to be quite witty. 3

1 “Declaration of Independence,” The Charters of Freedom, www.archives.gov/exhibits/charters/declaration_transcript.html 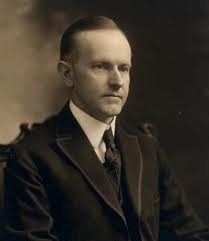 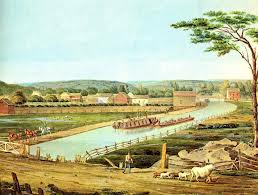 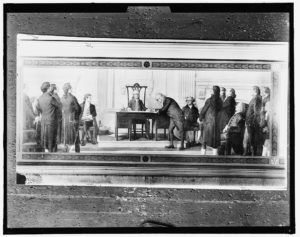 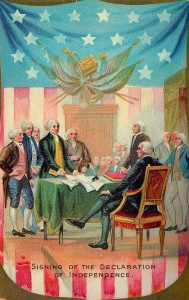