Mandeville, LA – Exclusive Transcript – “They all answer yes, this gentleman from the federal government visited us and threatened us if we made any communication or any attempt to try and pay the ransom so we could spare James’ life.  In other words, they were of the opinion and the belief that if they could cobble the money together to pay the ransom that they should in order to try and spare their son’s life.  They were told no.”  Check out today’s transcript for the rest….

Mike:  ABC News broke a story, because they had the interview, on Friday in a teaser for the interview.  Brian Ross interviewed the parents of beloved James Foley.  [mocking] “Mike, why do you keep calling him beloved?”  Because he is beloved.  He was a really good man.  It is just heartbreaking that any of those men have been killed, but James Foley, the more I read about his life story, I guarantee you by his family he was beloved, which is not to say that Mr. Sotloff is not as well.  Please, just let it be, okay?  Foley’s parents were willing to try and pay the ransom that ISIS had demanded for James.  They were visited several times by a member of the Obama administration that informed them that if they even attempted to pay the ransom or to contact ISIS that they would be arrested and prosecuted on charges of espionage, terrorism basically.

ABC News runs with this story.  I’m going to tell you something.  I believe Mr. and Mrs. Foley before I will believe Barack Obama.  Mrs. Foley is asked this question.  Beloved James’ brother, Michael, is asked this question.  They all answer yes, this gentleman from the federal government visited us and threatened us if we made any communication or any attempt to try and pay the ransom so we could spare James’ life.  In other words, they were of the opinion and the belief that if they could cobble the money together to pay the ransom that they should in order to try and spare their son’s life.  They were told no.

The mother of slain American journalist James Foley said she wasn’t necessarily surprised that the U.S. government threatened her family with prosecution should they raise money to pay her son’s ransom, but she was astounded by how such a devastating message was delivered.

“I was surprised there was so little compassion,” Diane Foley told ABC News today of the three separate warnings she said U.S. officials gave the family about the illegality of paying ransom to the terror group ISIS. “It just made me realize that these people talking to us had no idea what it was like to be the family of someone abducted… I’m sure [the U.S. official] didn’t mean it the way he said it, but we were between a rock and a hard place. We were told we could do nothing… meanwhile our son was being beaten and tortured every day.”

Earlier this week five current and former officials with direct knowledge of the Foley case confirmed the alleged threats were made.

“It was an utterly idiotic thing to do that came across as if [the U.S. official] had the compassion of an anvil,” said a former official who has advised the family. 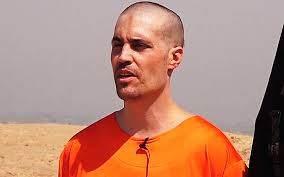 “It was very upsetting because we were essentially told to trust… that the way they were handling things would bring our son home,” Diane Foley said.

The U.S. government did try to rescue James Foley along with other American and European hostages from an ISIS stronghold in Syria in early July, but by the time the elite commandos arrived at the location, the hostages had been moved.

Diane Foley said the family believed they knew where their son was being held prior to his execution, but other than the July rescue mission, it didn’t seem like anything was being done.

“But we’re not politicians, we’re not government people, we don’t know,” she said. Diane Foley said the problem was that the family “had no idea” because the government didn’t tell them.

At times, Diane Foley said the family “had to beg” the government for information on their son.

“We were an annoyance, it felt, at some level… They didn’t have time for us,” she said.

Today White House spokesperson Josh Earnest said that government officials were in constant contact with the Foley family and declined to comment on the alleged ransom warnings, telling reporters he’s “not going to be in a position to detail the kinds of conversations that took place so often between members of the administration and the Foley family.”

“It is a long standing policy of this administration, it was the policy of previous administrations that ransoms should not be paid to terrorist organizations,” Earnest said before referring more specific questions about the Foley’s situation to the Justice Department.

Mike:  Somebody is going to ask the question, probably is compiling a piece of hate mail to me right now, [mocking] “I demand you retract everything you just said because you don’t 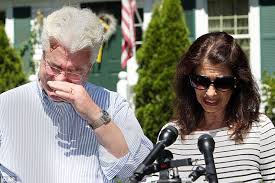 know anything.  You’re going to get people killed.  We can’t be dealing with terrorists.  We can’t be doing this.”  Somebody is going to ask the question whether or not this is a constitutional exercise.  That depends on what we’re talking about and how we characterize it.  If we have a standing order and an actual war that is going on and has been declared, or an action that has been declared by the Congress — this is key.  You people out there with your war powers resolutions must need to pipe down for a minute.  Congress makes all rules for captures on land and water, Article I, Section 8.  Congress declares wars, writes letters of marque and reprisal.  Congress can punish piracy.  Congress regulates commerce with foreign nations.  This is clearly a power that the states gave to the federal government, clearly an enumerated power, to me anyways.  Congress could say: We are at war.  We are not going to allow citizens to be making deals with the people we are at war with.  It makes logical sense.

Having said that, ladies and gentlemen, we are not at war with ISIS.  They won’t even have a meeting to try to convene a counsel so that we could declare it.  Obama, again, cannot declare it; Congress has to declare it.  I’d like to know — I know we have members of Congress that listen to this show — is there even a resolution — which is not an official act, by the way.  Is there even a resolution that pertains specifically to the terrorist group known as Islamics in Syria or Islamics in Iraq, IS or ISI or ISL, ISIL or ISIS.  Is there?  If there is, when you guys went and wrote this act, did you write in conditions under which citizens could not — or is this going to defer back to the Patriot Act?

Now I’m going to get more hate mail, [mocking] “You don’t know what you’re talking about.  The Patriot Act covers that.”  Again, see U.S. Constitution.  If there’s ever been an unconstitutional act passed by the Congress that should have been struck down by the Supreme Court, the Patriot Act is it, most of it.

I think the Foleys, barring what I just talked about, should have been able to, and maybe in pushing this issue, maybe then they may have forced Congress to do their frickin’ job, which would be if you so desperately want to go fight another land war in Asia — because they all work out so well — then you need to declare it, you need to fund it, you need to tell us how you’re going to fund it, you need to write it down, and you need to vote on it.  Then you need to send it to President Obama and let him ink it.  Otherwise, you have no ground.  So, again, we’re hoisted by our own petard.