Mandeville, LA – Exclusive Transcript – “If you average the planet, nearest we can tell, counting tree rings and ice core samples and all that stuff, the globe is about ten degrees colder today than it was in the 15th century.  There is no global warming, and if there is, life on Earth will benefit from it.”  Check out today’s transcript for the rest….

Mike:  What is Trump going to tweet out at 2:00 about the Paris climate treaty accord?  Well, using logic that I gained from the study of philosophia perennis, it wasn’t hard to do.  If he was going to anger the people that put him in office and side with the Obamabots and the bark-humping, frog-licking, whale-humping whackos who claim to be environmentalists – by the way, there’s an environmentalist in Michigan.  His name is Stephen Tennes.  Mr. Tennes is an environmentalist because he’s a farmer.  All farmers are environmentalists.  We’ll get into that later.

Here’s what happened, or here’s what I predicted.  If Trump was going to bail on the Paris climate treaty, then he would make the announcement yesterday and he would say that he was going to bail so he could take full media advantage of it.  You don’t get media advantage and coverage on Friday.  That’s why it’s called the Friday afternoon news dump.  If he was going to stay in it and betray a campaign promise, then he would make the announcement late Friday afternoon, probably on his Twitter feed, or maybe through the White House Press Office, which doesn’t need to exist, and that would give people – most people would be out partying, drinking, putting headbands on.  There would be no time for conservative media outrage reaction.  And even if there was, it would be Friday and nobody would care.  No big news event extends itself into the weekend.

He did announce it yesterday.  Here’s the story from Daniel Larison at American Conservative website:

Trump decided that the U.S. will withdraw from the Paris climate change agreement signed last year . . .

All things considered, this is a bad decision made for dubious reasons . . .

Mike:  It’s not a bad decision.  It was a bad decision for Obama to get us in the stupid thing to begin with.  Man does not have a finger to put on a thermostat to turn the temperature down.  Besides, the fact the globe today is about ten degrees colder – the global average temperature, not the temperature in America.  If you average the planet, nearest we can tell, counting tree rings and ice core samples and all that stuff, the globe is about ten degrees colder today than it was in the 15th century.  There is no global warming, and if there is, life on Earth will benefit from it.  If there is an increase in carbon dioxide, again, life on Earth will benefit from it.  Why?  Because plants eat carbon dioxide.  Here’s a snippet of Trump yesterday in the Rose Garden or wherever it was that he – in between endless breadsticks and salad at the Olive Garden, Trump said this:

President Trump: In order to fulfill my solemn duty to protect America and its citizens, the United States will withdraw [applause] from the Paris Climate Accord [applause]. Thank you. Thank you. But begin negotiations to re-enter either the Paris Accord or an entirely new transaction on terms that are fair to the United States, its businesses, its workers, its people, its taxpayers. So we’re getting out, but we will start to negotiate and we will see if we can make a deal that’s fair. And if we can, that’s great. And if we can’t, that’s fine. 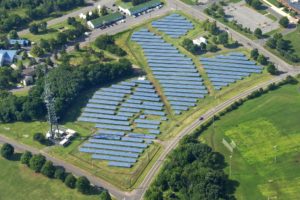 Mike:  You can’t make a deal that is fair with people that aren’t playing fair with facts.  This is a subject that I covered in all 25 years in my stay in the talk radio mafia.  I know just a little bit about this one.  As a matter of fact, I can talk from now until 10:00 when we’re done today about this.  The facts say, again, if there is a global warming, it’s a healthy warming.  Here’s a little biology exercise.  You know the Brawndo clip?  I’m pretty sure the Brawndo’s not working so well.  I do know if you put water on plants, they grow.  What else makes plants grow?  They need water and what else?  What do they use out of the atmosphere?  They use sunlight, but that’s not out of the atmosphere.  That’s whatever that is.  Carbon dioxide.  They breathe in or take in carbon dioxide.  And what do they magically – wait a minute, maybe there’s an intelligent designer behind all this.  What do they give us in return?  If a plant takes in CO2, in return we get oxygen.  You get oxygen in return for the carbon dioxide.  That’s a pretty fair trade.

There’s another fact to this.  Automobiles do not make very much carbon dioxide.  They make carbon monoxide, which is lethal to humans, which is why they put these confounded catalytic converters on automobile exhaust, allegedly to scrub it out even though it doesn’t.  Yeah, I know about all the lead in the gas, but there is no lead in the gas anymore; that’s why it’s called unleaded.  Fact number two about this nonsense – hold on.

Katie Hopkins: . . . incinerate all of us. The real question we should be putting out there to the public is, Does the United States want to spend billions of dollars for developing countries to sign up to nothing that obligates them to reducing global warming? There is no other explanation for it than that. All the United States is doing with the Paris Accord is signing away billions of dollars to developing countries that create most of the emissions, and actually those countries, there is no binding agreement. The Paris Accord is just kind of a trust document; it’s an honesty document. True leadership is what Trump is doing right now. He’s standing up. He’s calling out the Paris Accord as a bad deal. All that really was was a bunch of global leaders bidding against themselves to try and get the signatures from the developing countries . . .

Mike:  That was Katie Hopkins.  She was let go by LBC Broadcasting in the UK because she’s outspoken on Muslim orthodoxy.  Now she’s outspoken, as you just heard on the climate change agreement.  Fact two about this, it is a fact that grapes and wine were produced in Great Britain all the way up until the 16th century.  How is that possible?  It’s cold there.  Grapes don’t grow there.  If they do, they don’t grow enough.  The number one exporter in the world of flaxseed oil is Scotland in the UK.  What is flaxseed oil?  It’s basically what you get from a grapevine that does not produce grapes.  It produces the seeds that grapes might grow around, but since the climate is inhospitable to the grapes, if you harvest it at the right time and crush the seeds, you get flaxseed oil.  Grapes don’t grow in the UK.  By the by, I’d like to see an orchard irrigated with Brawndo.

The era that preceded our era was known as the Holocene.  We’re out of the Holocene now.  The Holocene era, on average, was ten to twelve degrees warmer than we are today.  Why does that matter?  The Holocene era produced all of the timber, all of the food, all of the agriculture needed for the growth and expansion of Western civilization, of mankind, so that man could proliferate, so man could do what God told him to do.  Be fruitful and multiply.  If we’re headed back towards another Holocene era, yay!

Fact three, why doesn’t the sun get any credit here?  You know the giant, flaming fireball in the sky?  Why doesn’t the sun get credit for the climate?  The fact of the matter is, there are things called solar cycles.  Look it up.  If a solar cycle is short, that means the sun is burning hotter and burns out that allotment of energy, if you will.  Just pretend it has a finite amount of fuel during these cycles.  The cycles are shorter.  It’s burning hotter.  Guess what?  Anything that is radiated or irradiated by the sun is then warmed.  It’s warmer.  When the solar cycle is longer, that means it’s going to take its time burning the fuel.  When solar cycles get long, you get less irradiation, less UV light.  The cumulative effect is a colder planet.

That’s how, by the by, an ice age is caused.  An ice age is caused by solar cycles that go really, really long and really, really mild, and then the Earth’s rickety orbit, as one planetary scientist described it, we get a little more elliptical than we should be.  We get further out from the sun, even further out during the summer than normally, than during times like this.  Then there is the precision, the little tilt and angle.  Folks, there are planetary considerations that go into climate.  It doesn’t matter what puny, insignificant man does. 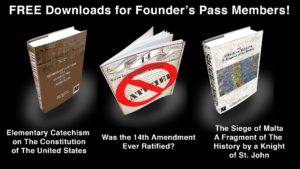 You might want to argue that if we detonated every nuclear warhead strategically across the entire planet and mitigated all life on the planet, that might have an effect.  It would be global in its scale.  That would be the extent of it, of what man is capable of doing.  The global warmists all deny creation.  You know that, right?  The global warmists deny that God created the Earth and God told man to go be fruitful and multiply.  If being fruitful and multiplying means that we’ve got to drive automobiles or construct plants to generate electricity for the comfort of the fruitful, multiplying man, then God baked that in.  It’s baked in.  Have a little faith.  Let’s hear some more of the president, shall we, from the announcement yesterday?  I like this rant that he went on.

President Trump: As president, I can put no other consideration before the wellbeing of American citizens. The Paris Climate Accord is simply the latest example of Washington entering into an agreement that disadvantages the United States, to the exclusive benefit of other countries, leaving American . . .