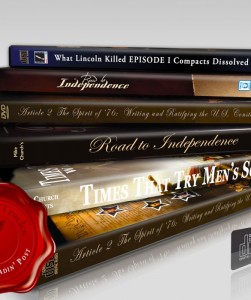 Mandeville, LA – Exclusive Transcript – “You see that?  You see how it’s just pushed off?  A week ago he’s going to get us all killed.  A week ago everyone in Mexico hates him, including the president.  Not a week ago, a day ago.  A day ago he’s a loose cannon that can’t negotiate with anyone, and certainly can’t negotiate with anyone that has any position of governing authority.”  Check out today’s transcript for the rest….

Late Tuesday, Trump and the Mexican president confirmed on Twitter that they will meet Wednesday.

Mike:  Late Tuesday.  When did the Washington Compost and all the rest of the media-industrial complex find out about all this?  Late Tuesday.  Hillary, Mrs. Clinton, was not invited.  I guarantee you right now that she is screaming, hollering like a banshee mad and is probably beating up Huma Abedin right now as I speak, [mocking] “Why didn’t you do this for me!?”

Peña Nieto later tweeted that he believes in dialogue in order to “promote the interests of Mexico in the world and, principally, to protect Mexicans wherever they are.”

The visit comes after Trump has wavered . . .

Mike:  See, now we’ve got to get into, [mocking] “Well, he can go meet him all he wants.  He’s wavering on his immigration policy anyways.  He’s probably going down there to tell him he’s going to take it all back and then he’s going to invite Mexicans in.”  Not going to happen.  Folks, you don’t go toe to toe with the people that own the Bonwit Teller building in New York City and beat them, as Trump did.   You don’t go toe to toe with the people who owned, with the Port Authority of New York that owned and locked up the dockyards and extract promises and permission to build things.  He did.  You don’t do any of the things that Trump has done in his professional life because you’re a sissy, a ninny, you don’t have good planning and strategic skills, and that you don’t have ultimate confidence that if you go one to one, toe to toe with someone, that you can win them over to your side and make a deal.  That’s why it’s a deal.

What do they say in football, in professional football?  What’s the best trade that you can make?  The best trades that are made are trades that benefit both teams, right?  You give up somebody that’s not playing as well as you want them to from your team, and then you get someone from another team that they think is too expensive or not playing as well as you think.  It benefits both teams, right?  A trade deal is the same.  A trade deal – if you negotiate a trade deal with a foreign entity, it has to benefit both parties.  If it doesn’t benefit both parties, it’s a rotten deal and crooked and corrupt.

The fact now that we have a – the September surprise visit now of Donald Trump to go see the Mexican president today, and Mrs. Clinton is nowhere to be found, ought to tell you just a little bit about the narrative that has been painted thus far for how this election is going to go down.  It’s not going to be a Hillary blowout.  This is not a cakewalk.  There are not people out there in the Clinton campaign taking this lightly.  If there are, they’re stupid.

The people informed of Trump’s plans spoke on the condition of anonymity because of the sensitivity surrounding the matter. They said earlier Tuesday that talks between the Trump campaign and Mexican officials were ongoing, with security concerns still being sorted out.

Mike:  Folks, they’ve been planning this for a while, which is why we know that an invitation was not extended to Mrs. Clinton, because she can’t be that dumb to allow him to gain the upper hand like this.  Let’s just portray how this is going to happen.  The art-of-the-deal guy, the candidate as I call him, Donald Trump is going to go to Mexico.  He’s going to sit down with the president.  He’s going to say: Look, there are things that you need in your country; there are things when I’m the President of the United States that we’re going to need and we’re going to try to implement.  We don’t want this to be a hostile relationship.  We can do it for the benefit of both countries.  As I said, the best sports trade, things that benefit both teams.  You’ve got to do this to the benefit of both countries.  I can work with you.  I assure you, Mr. President, I can work with you and I will work with you.  You know what?  You’re going to get a great deal out of this.  We’re going to make Mexico great again.  He’s going to go down there and convince Peña Nieto of this.  Then they’re going to have a joint conference afterwards.  Nieto is going to say something to the effect of: I had a great conversation with Mr. Trump.  I believe that now that I understand what it is that he’s proposing, that if he is elected president, our two countries can work together to solve these problems.  That’s what he’s going to say.

I’m telling you, if he doesn’t say that, you can call me tomorrow and go: Mr. Church, you’re full of hot water and air.  You blew it.  That’s what’s going to happen.  Then Trump is going to travel to New Mexico.  Every news entity on earth is going to cover that speech, and he’s pretty much going to say the same thing.  Then he can say: I just met with the Mexican president.  Nice guy the Mexican president.  I really like this guy.  He’s a nice guy.  We’re going to make Mexico great again.  You imbeciles out there that have been calling this a rout, you had no idea.  And, by the way, if you’re on Mrs. Clinton’s team, you better be paying attention to all those other promises that he makes on the campaign trail all the time.  You better be paying attention.  This guy does not lose.  He’s not a loser.

Trump is scheduled to hold fundraisers Wednesday morning in California and deliver his immigration speech in the evening . . .

The Clinton campaign shrugged off Trump’s trip as a distraction from his policies. “What ultimately matters is what Trump says to voters in Arizona, not Mexico.”

Mike:  You see that?  You see how it’s just pushed off?  A week ago he’s going to get us all killed.  A week ago everyone in Mexico hates him, including the president.  Not a week ago, a day ago.  A day ago he’s a loose cannon that can’t negotiate with anyone, and certainly can’t negotiate with anyone that has any position of governing authority.  Mark Kreslins, my partner here on the Crusade Channel, was mentioning this during his show.  The facts don’t matter.  Mrs. Clinton is impervious to facts, it seems thus far.  That is exactly what’s going to – [mocking] “So what?  We do say that he can’t talk to foreign leaders and none of them are going to talk to him, and he’s just going to drop bombs on them, etc., etc.”  Right here, 71 days before the election, that is just being demolished.  Do not be surprised if President Putin is also not visited.  Don’t be surprised.  You heard it here first.  Let’s get to the rest of the Washington Compost, which was caught dead-footed on this, embarrassed, and then had to fabricate the story, [mocking] “Well, Mrs. Clinton was invited, too, and everybody knows it.”  No, she wasn’t invited, and everybody didn’t know it.

The aide requested anonymity to discuss the potential meeting. 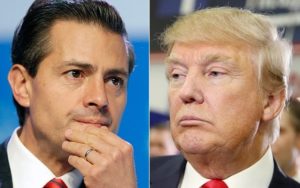 Mike:  In other words, you could say that there is no aide and someone in the editorial board of Amazon wrote that and said: Here, pretend like Hillary said that.  From the mouth of the Washington Compost itself, here as I discuss the September surprise, Donald Trump visiting the president of Mexico, do not buy for a nanosecond that Mrs. Clinton was also invited to this meeting.  Don’t buy it.  Don’t buy it for a nanosecond that the Obama administration is not furiously trying to stop this as I speak.  Washington Compost:

The invitation is a stunning move by Peña Nieto, given the grief that Trump’s campaign has caused the Mexican government over the past year. From calling Mexican illegal immigrants rapists and criminals . . .

Mike:  And that’s not what he said.  He said that there are immigrants that are rapists and criminals, not all of them.  You see how they have to try to control the narrative?  This is the media – what I am reading to you right now is the media-industrial complex doing damage control on behalf of Mrs. Clinton.

From calling Mexican illegal immigrants rapists and criminals to vowing to build a wall along the southern border, to threatening to undo the North American Free Trade Agreement, Trump has caused growing alarm in Mexico.

Mike:  Well, if they’re a trading partner of yours and you think that you’ve gotten a rotten deal and want to renegotiate the deal, they should be put on the defensive. Wait a minute. I thought the other day one of the things Mrs. Clinton and her aides were saying was, [mocking] “Donald Trump hates America. He just can’t stand it, which is why he’s always bashing it.”  Well, if he’s bashing it, why is he also then trying to extract concessions from foreign countries?  You people make absolutely no logical sense whatsoever.

Peña Nieto himself likened Trump’s rhetoric to that of Adolf Hitler and Benito Mussolini, in a March interview with a Mexican newspaper.

To the delight of the U.S. rally crowds, Trump has repeatedly promised to force Mexico to pay for his proposed border wall. Peña Nieto and other Mexican leaders have dismissed the idea as

preposterous. [Mike: We’re going to find out today just how preposterous it is.] “There is no way that Mexico can pay [for] a wall like that,” Peña Nieto said in a July interview on CNN . . .

Trump’s newly installed campaign chief executive, Stephen K. Bannon, played a key role in devising the Wednesday stop while Trump met Sunday with his aides and family at Trump National Golf Club in Bedminster, N.J., according to two people who have been briefed on the campaign’s deliberations.

Peña Nieto’s invitation was brought up, and Bannon said it offered Trump an opening to make headlines and showcase himself as a statesman who could deal directly with Mexico.

Mike:  You bet.  That’s exactly what it’s going to do.