Here’s an extra clip from the [r]epublican podcast just for you Founder’s Pass members about Mike’s thought’s on Todd Akin:

Mandeville, LA – Exclusive Audio and Video – In the ultimate act of naked ambition the GOP promises a “surprise role” for Donald Trump at the RNC Monday, what will the “surprise” be: A. Rolling out a layer cake where a Obama look-a-like jumps out with an Indonesian birth certificate strung around his neck B. The unveiling of the world’s largest piñata made in the shape of a Chinese iPhone assembler or C. Trump kicks the convention off on the set of “The Apprentice” lecturing a black man playing Obama whose back is to the camera, the lecture ends, the camera closes in tight Trump says “You’re fired” cut to this playing on Jumboscreen at RNC, fireworks ensue, wheeeeee! If you’re a Founder’s Pass member you can listen to the entire show, which includes the news digest and Mike’s thoughts on the Todd Akin “scandal”. 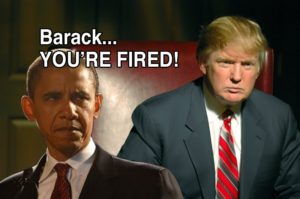