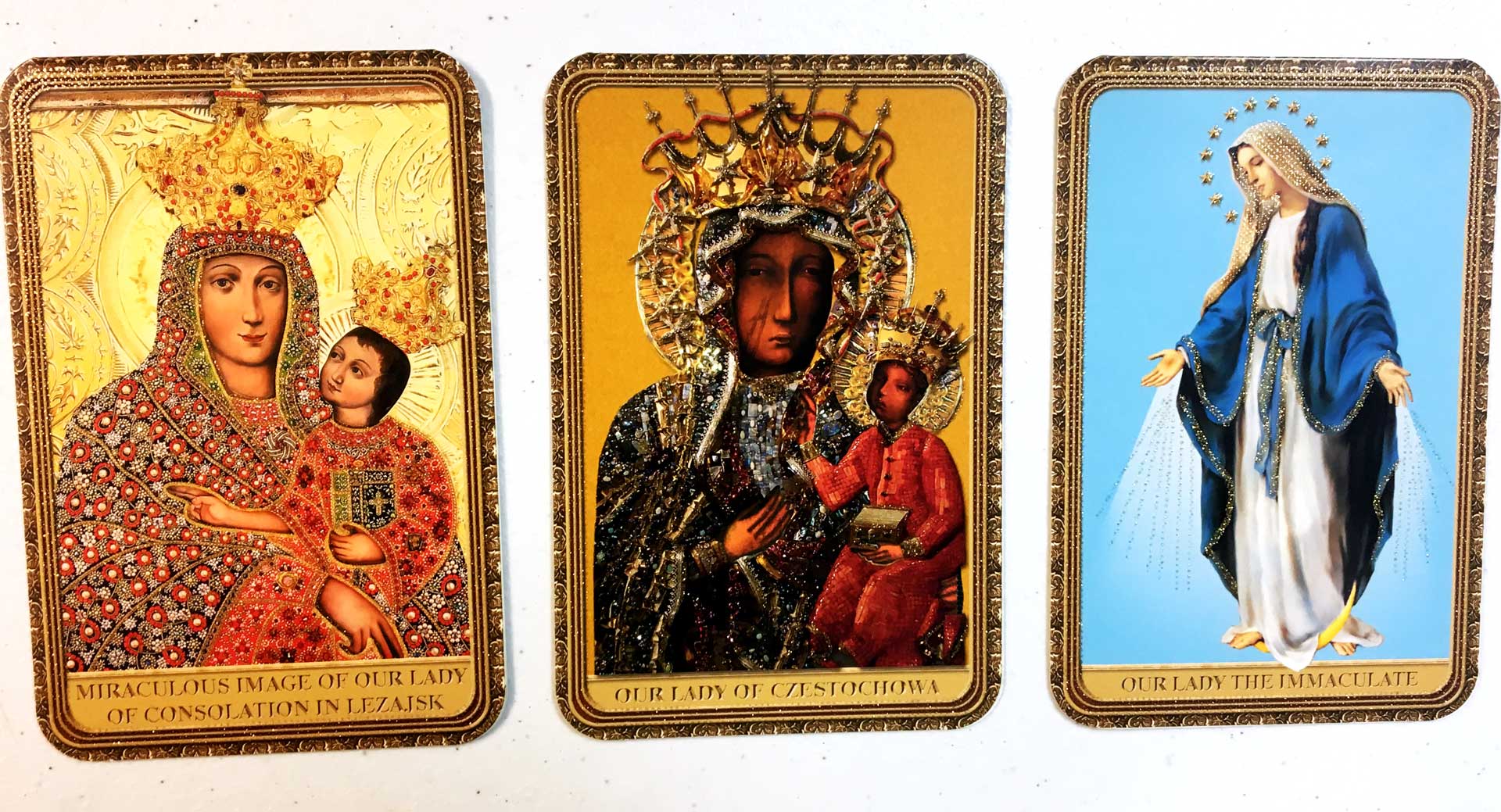 Sapientia et Veritas – “But why a focus upon the Roman cassock of the priest? Isn’t this a bit narrow? Not if one sees that the priest is the tip of our Holy Religion’s spear. He is the face of the Church’s redemptive mission, in all its comforting glory and stirring majesty. It must be noted that the Roman cassock, quite different from the black street suit and Roman collar, is dramatically unique, possessing a voice both dramatic and affecting. It bespeaks the supremely singular role the Catholic priest performs. C.S. Lewis once remarked that even if a liturgical vestment is not heavy, it ought to look heavy. Sacred signs bear the heavy weight of the Ineffable Trinity, so should their physical appearance. The Roman cassock does that to a tee.” – John Perricone, Clothing The Naked Catholic Square

THE MIKE CHURCH SHOW IS NOW AVAILABLE TO LISTEN TO LIVE! ON APPLE’S ITUNES!

ANNOUNCING THE HAVE YOURSELF A “TERRY” LITTLE CHRISTMAS, CONTEST

Give Thanks To Old Dishonest Abe For Giving Us “Thanksgiving”!? – Jayme Metzgar heaps praise upon the scion of true liberty, Ol’ Dishonest Abe Lincoln, for urging the ‘Muircans of 1863, 1864 to “give thanks” and thus giving us the first real Thanksgivings we are about to enjoy. Metzgar’s praise of Lincoln is also a praise of the disorder created by the secular “nation” ‘Muricah was created as, then there’s this.

This is unvarnished, Christ defying idolatry, so common at the time and now taken as a universal boon. But how can this religiosity and love of God have come from the man who was orchestrating the systemic subjugation of a nation, the Confederacy, at the end of a Gatling gun? Lincoln and his radical Republicans greed for exploiting the resources of the South and its people resulted in Total War theory, 843,000 dead and the birth of the totalitarian state we toil under today.

But Wait, Mitter Chur, Lincoln Started The War of Northern Aggression Didn’t He!? – According to historian james Oakes, Lincoln and his radical Republican buddies actually DID start the war and for the reasons originally stated: To end Constitutional protection of slavery.

“Coming out of the 1860 election, Republicans declared that there were two possible policies. The first was to make freedom national and restrict slavery to the states where it already existed. Republican policymakers would seal off the South: they would no longer enforce the Fugitive Slave Clause; slavery would be suppressed on the high seas; it would be abolished in Washington DC, banned from all the Western territories, and no new slave states would be admitted to the Union. A “cordon of freedom” would surround the slave states. Then Republicans would offer a series of incentives to the border states where slavery was weakest: compensation, subsidies for voluntary emigration of freed slaves, a gradual timetable for complete abolition.”

How’s that for an updated history lesson, but wait, the next part is even more secular, “Christian”, star spangled awesome.

The South would simply have to accept this. And if it couldn’t tolerate such a federal policy, it could leave the Union. But once it seceded, all bets would be off — it would lose the Constitutional protections that it had previously enjoyed. The Republicans would then implement the second policy: direct military emancipation, immediate and uncompensated.

Take that rednecks! Either do what we say or we will claim we are justified in invading, killing and subjugating you into submission. And we wonder why it is so easy for ‘Muricans to commit similar atrocities across the globe. “It’s baked in”.

Stayin’ Alive In Too Much Heaven – I founded the CRUSADE Channel that began broadcasting 2 years ago today. You probably know very little about how it has survived; how I have survived and of the little miracles that drive us to continue to survive. Read all about it here in my open letter to all.

Relax, Enjoy The Weekend, The End of The Enlightenment Is Almost Here. CHEERS! – Melanie Phillips is a wise woman who joins Truth seers in witnessing the horror of the end of civilization through the irrational denial of human nature that is the transgender virus pandemic. I’m not kidding. Subjecting nursery school aged children to state sponsored indoctrination on the merits of rejecting their human nature and embracing “who they really are” brings us to that longed-for precipice when the God-rejecting heretical rot of the Enlightenment can no longer sustain its creation: Man is becoming monster. Phillips, adding a needed twist to des Cartes “I FEEL, therefore I am:

The reason for this existential collapse is that the relativist west has so heavily bought into the belief that reality is merely what we decide it to be. Ours has become a culture of radical subjectivity in which there is no such thing as objective truth. Everything is instead a matter of opinion and individual perception.

Feelings trump facts every time. No-one’s lifestyle is to be considered wrong or inferior to anyone else’s. No judgment is to be permitted, except for the judgment that judgmentalism is wrong. What is right for me is what is right. What I declare something to be is what it is. I feel, therefore I am.

I’ve been warning about this for nearly two years now, not that I’m a prophet, but the signs are abundant and growing as is the destruction of souls in the process. As I like to say of late: The Demons Are Ascendent, they have come for the children, and they will not take no for an answer.

It’s NOT The End of The World As We Know It – The editor of First Things reviews Rod Dreher’s The Benedict Option and principally agrees with Christian communities “dropping out” then he doesn’t agree with “dropping out”. He agrees that the current “culture is crashing and burning, then he doesn’t agree that the culture is crashing and burning. I was excited to read this piece and am now left to go find some Chesterton and get my head screwed back on right.

Our times are different. A velvet barbarism of permission has emerged from within a post-Christian West. It has let loose unbridled greed, sensuality, and will-to-power, all of which threaten to overwhelm the Christianity that remains. For too long we have imagined these powers manageable, even benign. Dreher is right that we need to wake up, watch, and be sober. Much needs to be done to restore the salt and light of Christian communities. But as we gather ourselves for the challenges of our time, we need to resist the intoxicating rhetoric of crisis and catastrophe that emerges from the postwar era’s increasingly paralyzing anxieties.

It’s True, We Really Should Fear The Walking Dead – In zombie culture the undead come “alive” to feast upon the flesh of the “living” which to me is a metaphor for modern life. Those who are alive within the Mystical Body of Christ are feasted upon by those not alive by existing in the Christian realm the Mystical Body secures although we all know that security is tenuous. This helps to explain the zombies who walk among us, existing in the Christian realm of civilization that does not yet believe a trip to a concert or visit to Sunday Mass is a “take your life into your own hands” moment, oh but it is. Regis Nicoll fleshes some of this argument out for us.

It should strike us, more than coincidental, that the rise in rampage killings began when the vapors of nihilism wafted out of coffee houses and college lecture halls to cover the cultural landscape from sea to shining sea. Indeed, from the classroom to the art gallery to Friends and Seinfeld, the nihilistic message is clear: We are alone in an indifferent universe with nothing to give meaning to our existence but the sum-total of our personal experiences. And, for the restless soul chasing after the “meaningful” experience, a pop psychology is ready to light the way.

Nicoll’s conclusion is the same one you have been reading here: if you can’t identify the ultimate cause and thus the ultimate cure, we are indeed, surrounded by zombies.

The Sutherland Springs massacre is the latest reminder that the zombie is here, and he will continue to express his anger in ever more creative and destructive ways until we look beyond his choice of weapon and state of mind to the ideas that shaped him and to the Cardiologist who, alone, can transform his heart of stone to one of flesh.