Is the world safer with the United States “world police”?

Mandeville, LA – Exclusive Transcript – “Because of your hubris and your lack of humility, you won’t admit we’ve made the world a worse place to inhabit.  We haven’t made it a better place.  It doesn’t matter what our intentions are, my friends.  Our intentions are irrelevant.  We have exported a form of secular democracy that is destructive.”  Check out today’s transcript for the rest….

[When Codevilla] sounds the alarm, as he does in this essay, it behooves us to pay close attention. But alas, I suspect there will be no audience whatsoever for this sober sermon, for reasons I shall explain below.

Mike: Sir, you’re listening to the wrong radio programs because there is an audience and there is someone that will ring the Codevilla bell because it’s the same one that I’ve been ringing.  Let’s ring it together, shall we?

George F. Kennan famously observed in the foreword to his 1950 Walgreen Lectures, that the power of the United States grew to immense proportions in the previous half-century, yet its security suffered a tremendous decline. He wrote:

“A country which in 1900 had no thought that its prosperity and way of life could be in any way threatened by the outside world had arrived in 1950 at a point where it seemed to be able to think of little else but this danger. What was the explanation for this? To what extent was it the fault of American diplomacy?”

If one were to summarize Angelo Codevilla’s career in one sentence, that sentence would answer Kennan’s questions. Beginning in the Progressive era (the 1898 war with Spain is the usual benchmark) —

Mike:  By the way, folks, I believe that the aggression against Spain and the invasion of the Philippines — actually, I met a military guy, [mocking] “Have you ever been over there?  Did you ever see the good that we did for those savages?  So what we had to kill a couple hundred thousand of them?  They deserved it.  They got a better country now.”  Wow, dude, do you listen to yourself talk?  Seriously, please, go find a church and get on your knees and beg God to forgive you for what you just said, please.  By the way, you can see in my essay about Cliven Bundy and how Congress does not have the constitutional authority, I’ve proven it conclusively, to own territorial lands.  They can hold them for the purpose of distributing them, end of story.  I’ve proven this.  Go to my website and search for Cliven Bundy.  Read the entire essay and you’ll be convinced.  As a matter fact, there’s an audio version of it.  Go listen to it.  You know what?  It’s a Project ’76.  That’s a great place to start this weekend.  You can tell that from 1894 when it was illegal for Congress to own land, or ill advised for them to do so, by 1898 they had changed their minds.  Now all of a sudden it was not only legal but it was requisite and in comes Teddy Roosevelt.  Back to the essay:

— that sentence would answer Kennan’s questions. Beginning in the Progressive era (the 1898 war with Spain is the usual benchmark) the United States quit minding its own business in foreign affairs and began minding the business of others. The usual justifications were that freedom had become indivisible and only the United States possessed the idealism, the right, the power, and the ability to realize the freedom of others.

Mike:  I could stop right there with this essay.  This is exactly what you hear parroted by the talk radio mafia when I or Andrew Wilkow are not on 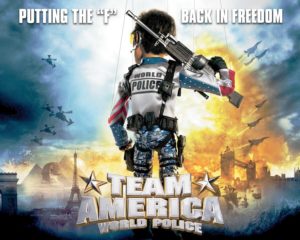 the air, pretty much.  No, that’s not a knock.  No, I’m not jealous of other people’s success.  Quite frankly, I don’t care about commercial success any longer.  I’m perfectly content with what I have.  As a matter of fact, I have too much already, so that card doesn’t work.  I just worry about what other people say without consideration and how it affects other people, which is why I try to change my way of thinking and what I say to other people.  In any event, this pretty much sums up America’s foreign policy as it’s presented by the talk radio mafia elite, by the television commentariat, punditocracy elite, by the conservative — if there is such a thing — blogosphere elite.  That pretty much sums it up.  [mocking] “America has a moral responsibility to see to it that freedom shines throughout the world.  Wherever it’s not shining with as many lumens, we’ve got a job.  We gotta get in there and make it shine with more lumens.”  Back to the essay:

We can argue over the historical details but that Progressive, aggressive mantra was the thread that connected U.S. foreign policy from Woodrow Wilson to Franklin D. Roosevelt, John F. Kennedy, Ronald Reagan (in fact, all the Cold War presidents) to George W. Bush. Throughout two world wars, the Cold War, and the Global War on Terror, the United States inflicted enormous pain on its enemies and emerged the sole superpower. But superpower assertions in the hope of fixing the world have, especially since 1945, also inflicted injury and enormous costs on the United States itself. In our day they have simply become unsustainable even as the world flies more and more out of control instead of under control.

It hasn’t converted the people of Russia.  If you were a Russian, why would you convert to Americanism, for Heaven’s sake?  We have presidents and talking heads that cover the entire gambit that tell the Russian people that we despise them and we want them to starve to death.  We have pundits that sit out there that call themselves Christians and advocate policies that they must know will result in malnutrition if not outright starvation of peoples in Russia.  And yet they do it, [mocking] “We’ve gotta show those Russians, that Russian bear.”  No, you’re showing the people of Russia.  Putin is eating just fine.  He’s having beluga caviar.  He’s having T-bones.  He’s enjoying life.  The Russian people, we’re persecuting them with this insanity.

By the way, you decepticons, please, please read a little bit more about just war.  A sanction — you’re starving people — is an act of war.  Some of you want to blockade the entire Russian country.  What in the hell is wrong with you?  What did the citizen of Vladivostok do to you?  What did the citizen of former St. Petersburg, now called Leningrad, what did they do to you?  Why do you hate them so?  They’re not the ones that armed and aimed those nukes at you.  Brezhnev and the Communist Party did.  They’re gone.  They’re gone.  In 1917, around the time that all this insanity started, when Our Lady appeared to those three children in Portugal at Fatima, what did she say?  What did the Blessed Mother say?  Convert Russia or there will be Hades to pay.  Did we aid and assist in the conversion of Russia?  Are we aiding and assisting in a future conversion of Russians?  We’re trying to starve them to death.

At every turn where we could have listened to Washington, listened to Jefferson, listened to Monroe and Quincy and Adams and others that pleaded with the future generations to remain humble in foreign policy and foreign affairs and to not get involved — wait, wait, we have electricity now.  Those clowns didn’t have electricity.  We have mobile telephones now.  A bunch of white guys running around in knickers with those stupid wigs on with candles to read by, what could those imbeciles have possibly known about us?  In addition to war, war, war, we might chant invade, invade, invade, starve, starve, starve.

Look something up if you’d like to: Smoot-Hawley Tariff, 1930.  Look it up, Congressman Hawley and Senator Smoot.  What was it supposed to do?  It was going to teach those commie bastards a little thing or two about grain and about international agriculture commerce.  Oh, it was going to teach them all right.  What did it result in, in our lust to try and control the people of Russia through a sanction, starving them to death basically?  What did it actually result in?  A crash, a calamitous — it helped.  Don’t misquote me.  It helped the calamitous crash known as the Great Depression to take place, which was why one of the things Roosevelt actually got correct was to repeal the stupid thing. 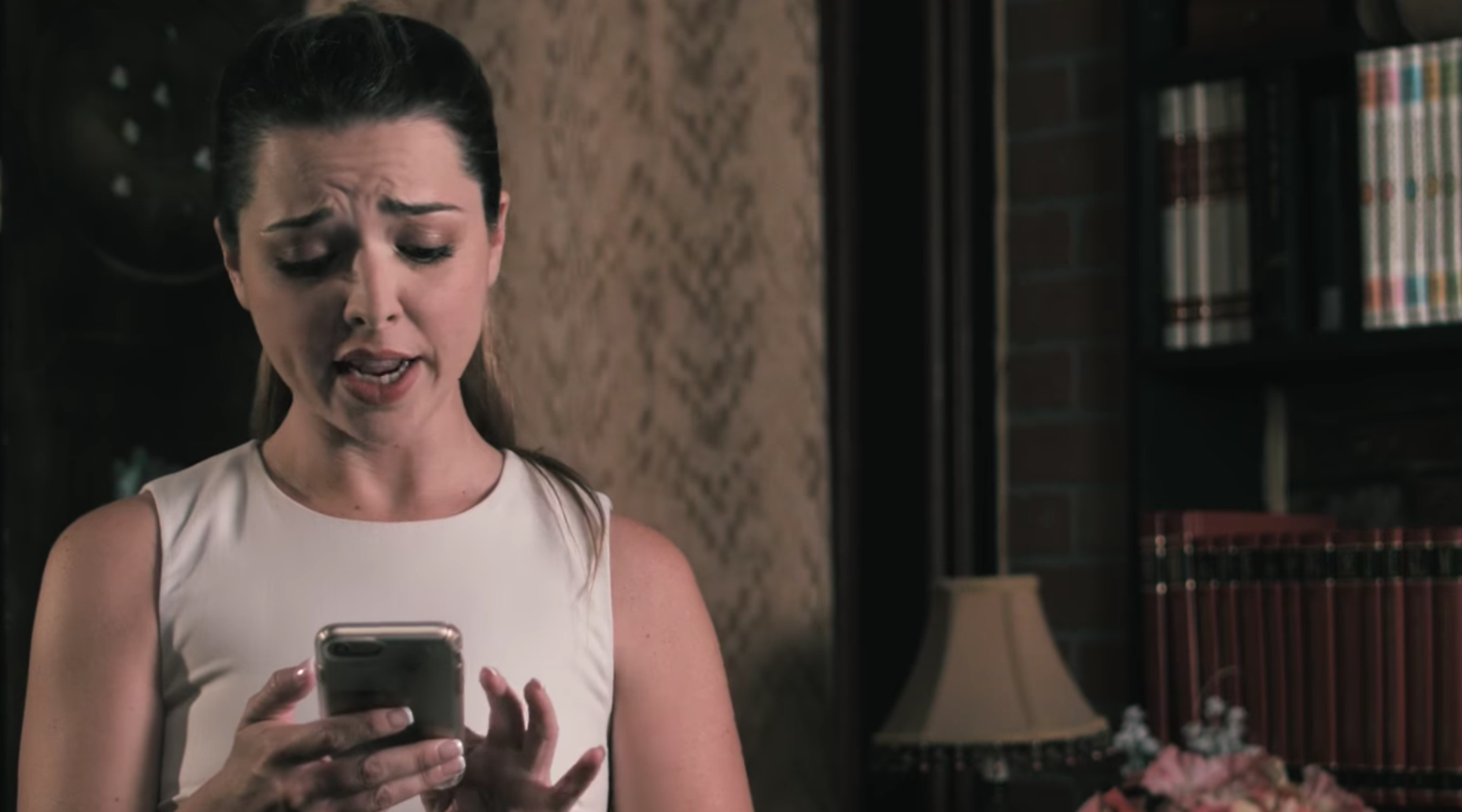