Virginia Bishops standing up to the Knights of Columbus 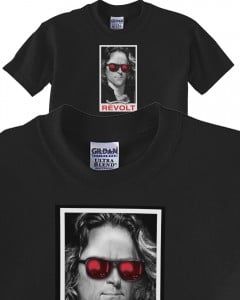 Mandeville, LA – Exclusive Transcript – “Someone sent me this letter that was written on Friday, from Bishop Francis X. DiLorenzo, Bishop of the Diocese of Richmond, Virginia, and Bishop Paul S. Loverde, Bishop of the Diocese of Arlington and State Chaplain of the Virginia State Council of the Knights of Columbus.  I bring this up because this is something that is missing and has been missing, and that is leadership, ecclesiastical leadership.”  Check out today’s transcript for the rest….

Mike:  Someone sent me this letter that was written on Friday, from Bishop Francis X. DiLorenzo, Bishop of the Diocese of Richmond, Virginia, and Bishop Paul S. Loverde, Bishop of the Diocese of Arlington and State Chaplain of the Virginia State Council of the Knights of Columbus.  I bring this up because this is something that is missing and has been missing, and that is leadership, ecclesiastical leadership.  If the bishops are going to lead and then hopefully inspire the priests and any laity to follow suit, then the proverbial gooses are cooked, or souls as gooses are cooked.  This is the problem with modernity.  Modernity says, like many of you like to quote to me all the time, [mocking] “You keep your religion separate from my politics.  I don’t want your religion in my politics.”  We’ve got the order totally backwards.  I would say you keep your politics out of the transcendent laws of Almighty God.  How about that?  When you begin to contravene those, this is where the trouble begins and began.  Modern man continues to compound error with error.  Everything, or most things, in our public lives and public discourses are erroneous.  They are based upon prior errors.

I’ll give you an example.  This is why the concept of just war sounds so foreign to most of you, to most of us.  It would have sounded foreign to me five years ago, too.  That’s why it sounds so foreign.  That’s why you so vehemently reject it, can’t understand it, why would anyone promote it, you’re an idiot and an imbecile, you’re a pacifist, hate the military, all things that aren’t true.  But that’s why, because it’s based upon error.  If man is supposed to be humble, and if Christ told us to be humble and meek and follow Me, humanity should be the sum total of that humbleness and humility.  Why is it such a hard concept to grasp?

Here’s an update.  This is how things ought to go.  This applies to the political as well.  When Republicans in high position, or low position, commit error – it doesn’t have to be ecclesiastical error.  It could be error when it comes to the Constitution, when it comes to your oath of office, when it comes to many things that you’re called to do on a daily basis.

There has to be either a self-correction, which is where we would say that’s obedience to the unenforceable, and then it probably wouldn’t happen to start with, or when it does happen, there needs to be someone of leadership and authority to stand up, step up, and try – you try it behind the scenes first, not publically.  Don’t cause a scandal.  You try and correct as best you can.

There are some instances where a fraternal correction is impossible.  You and I are in no position to exact or to perform – we may attempt to do it, but I suspect that we would fail, because I don’t think that the communication would make it to the individual who needs to read it.  We may try to fraternally correct a member of the United States Senate privately by sending them a letter, trying to place a phone call.  And in rare instances you may make contact.  I doubt, if you miraculously did make contact, that you would receive any sort of an apology or assurance that the error would not be made again.  It’s going to have to come from some other authority.  I think in most instances this is where the conversions have to happen.  When I say conversions, the order has to be reversed and has to be correct. 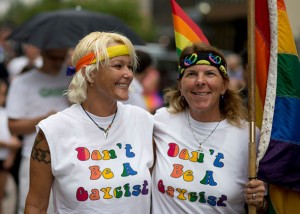 In this instance, we’re not talking about the Congress or Senate.  We’re talking about people that have continued to compound errors and now the celebration of one of the greatest saints that ever lived, St. Patrick – when you hear the story of St. Patrick, some of the stories of the great St. Patrick, regardless of what denomination or sect of Christianity you are of, or Judaism, he was just a great man that walked this earth.  There are great stories about the saint to tell.  They’re not hard to find.  It’s not like they’re kept under lock and key and they’re secret.  There should be reverence towards that day is the point.  It’s a reverent day.  You can have fun.  Sure you can enjoy yourself and make it a feast day, but the feast has to be a reverent feast.  Of course, most of us have lost track of what that is as well.  All these things are unfortunate, by the bye.

We are aware that the Knights of Columbus Council #3548 has extended an invitation to Virginia Governor Terry McAuliffe to serve as Grand Marshal of the 2015 Norfolk Saint Patrick’s Day Parade which the Governor has accepted.  Council #3548, a regional, not parish council, has sponsored and organized this parade since its inception in 1967.  The invitation was issued without the advice or consent of the local parish priest, the local bishop, or the Knights state council.

Together with our brother bishops, we have been clear, consistent and firm in upholding the truths reflected in the fundamental doctrine and moral principles of our faith. [Mike: I want you to note the language here.] It is an erroneous and serious mistake in judgment for any Catholic organization to grant awards, honors and platforms to any public person who clearly acts in defiance to Catholic teaching (cf. “Catholics in Political Life”, USCCB, June 2004). While one must always respect the Office of the Governor and the person holding that office, and dialogue should be fostered, one cannot deny that the Governor has made public statements in opposition to the moral teaching of the Catholic Church on issues pertaining to the dignity of human life and marriage. 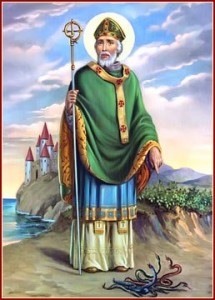 This has been missing.  It is the fault of too many bishops and too many priests and too many laypeople saying, [mocking] “Well, they did it.  Why can’t I?  That’s just their opinion.”  Opinion is subordinate to truth.  It doesn’t matter what you think or what I think or what any of us think when we’re discussing the truth.  If two plus two is four today, in 5,000 years it will be four.  That’s true.  I don’t care your opinion on it, if you think it ought to be five.  It’s not five; it’s four.  That’s a truth.  A truth is something that is eternal and does not change.  God’s law on marriage is eternal.  It doesn’t change, it’s not going to change.  I shouldn’t say it’s not going to change because I don’t know that.  I am a puny flea and an intellectual pygmy when it comes to Almighty God and what he has in store for all of us and what he knows.  I don’t know.  I can’t say.  I do know what he has said and what’s true today.  I suspect that he does as well.

He’s in charge.  He knows what he’s doing.  I should listen, kind of like when you listen to your dad.  Your dad told you certain things when you were a kid, when you were six years old.  You couldn’t possibly have understood what he was talking about, but because dad said it and you shouldn’t do it, you didn’t do it.  For those that say, [mocking] “Well, I understand that.  I don’t have any knowledge of it.  Why should I do it?”  Because God said so, that’s why you should do it.  It’s simple.  Back to the letter.  Again, these bishops are writing, I believe, inspired – this is inspired writing here, and it’s correct, and it’s what it ought to sound like.

We fully support the Catholic principle of subsidiarity, which promotes decision-making taking place at the local level whenever possible.

Mike:  Folks, most of you listening right now support subsidiarity when it comes to government.  That’s why you’re a republican.  That’s why little Jimmy Madison, whose birthday it is today, supported it.  Subsidiarity brings it close.  It puts it in the control of the people, as Jefferson said, it directly affects.  But note it’s subsidiarity, sub, Latin for under.  If you’re familiar with the Nicene Creed, sub Pontio Pilato is under Pontius Pilate in English.  When we use the word sub, that means we’re under.  Super means above.  Just thought I’d throw some language in there.

However, the decision of the local council to invite the Governor to be the Grand Marshal does not reflect the stance of the Knights of Columbus international order, the Bishops of the Dioceses of Richmond or Arlington, or the Catholic Church. In addition, we support the local parish, Catholic schools and entities that have decided that, in this case, adhering to their faith means withdrawing from the parade.

Mike:  Look at the governor.  His selfishness in accepting the invitation has now ruined the parade for all the little kids that were going to go to it.

I have been listening to you for 4 years now. I know you are a thoughtful and intelligent person who researches every point you talk about in politics as well as life. I have recently “unplugged the matrix cable” but not for political reasons. It is your witness to truth via the Magisterium of the “One, Holy, Catholic, and Apostolic” Church that has changed my perspective on what I have failed to really absorb for historic truths of the Church Christ founded. Your stated that you had an Epiphany over a year ago and have been consistent in you message since. War, vitriol, partisanship, and failure to support all Life issues, just does not qualify as being a part of the teachings. Because of listening to you and your witness on the radio and through your website, you are impacting more people than you sometimes realize! I hear you stating” IS ANYONE LISTENING OUT THERE” during your time in the morning. I am Brother and thank you for standing firm but respectful to people that just do not get it!! I became a Founding Trading Post member because of your witness and can only say, VIVAT’ JESUS!

Thanks, Hammer, sometimes I talk to myself rhetorically just to break the conversation up. My witness is akin to a far less holy version of John The Baptist’s. Thanks is due to the Trinity not me.