Mandeville, LA – Exclusive Transcript – Folks, we have a problem here.  Many of you sense that problem and describe it as a decline.  I believe that the decline is not only political and economic, both of which we can point to, I believe with some accuracy, and with the full hindsight of history behind us looking forward, say this is going in the wrong direction.  We also have a cultural decline.  I don’t think that cultural declines are a foregone conclusion.  The cultures decline by choice.  Men participate in the decline and delude themselves that they can avoid the fate of those that have gone before.  History does not show us that you can avoid that fate.  If you tempt Pandora and you open that proverbial box, you’re going to get Pandora justice meted out to you.  You may not get it but some future generation will.  Check out more in today’s transcript…

Mike:  The point that I’m trying to make is that the idyllic and diabolic culture that I described yesterday in Russell Kirk’s great essay “The Moral Imagination,” you can actually demonstrate this.  You can see the progression.  You can demonstrate that once certain thresholds are crossed, there really is no going back.  [mocking] “Why do you care about honoring and conserving, all these old fuddy-duddy nostrums, all these old, stupid customs and traditions?  What’s the big deal?  Why are you so obsessed about it?”  That’s why.  Sometimes the good just needs to be preserved and you don’t need to antagonize it.  Once the antagonizing has begun, especially once the threshold of what is acceptable has been crossed, you can’t put the genie back in the bottle.

Just to put a light at the end of the tunnel, yesterday on the Post Show Show, my good friend Winston Elliott was with me for a couple minutes and we talked about Dr. Kirk.  It was Winston’s opinion that those of us that see a light at the end of the tunnel aren’t actually seeing the end of the tunnel.  That light we see is attached to a train that is heading at us at 70 miles an hour that’s going to run us all over and squish us.  That just puts into perspective that you can’t put the genie back in the bottle.  Once it’s out, it’s out.  I do believe that there is, at the same time, some cause for optimism.  What was once old and discarded and nerdy and fuddy-duddy and antiquated, whatever word you want to use to describe it, is coming back into vogue.

I realize these are inanimate things and not things of the heart or of the mind, but vinyl records, for example, are making a comeback.  It’s what the cool kids with the pumped up kicks now want for Christmas presents and birthday presents.  Don’t buy them CDs, don’t give them iTunes cards.  They actually want vinyl records.  Many of them have vinyl record players.  I know we have one in our house and I know my daughter’s friends have vinyl record players and are tickled to death to get records, and I mean old records.  It doesn’t even matter what they are sometimes.  They’re tickled to death to get records.

AG:  I would know them from Saturday Night Live sketches, yes.

Mike:  So you know what they look like.  Saturday Night Live has done send-ups of mom jeans?

AG:  They do a couple different sketches about it, yes.

Mike:  Well, mom jeans are making a comeback.  I know this because I have a pair of teenage daughters who ask me to take them to the thrift store, to the Goodwill Store, so they can shop for old pairs of mom jeans.  They’ll cut them into shorts.  My point is, maybe this newfangled digital world we’re in is beginning to grow just a little bit old because it is so patently phony.  It has created this mirage of community.  Let’s phrase the question this way: does anybody believe that people are better friends, are actually making more lifelong, meaningful friends in relationships now that you can share all this information over the internet?

Now the entire world knows all of your escapades from the time you awake to the time you go to bed because you’ve updated the planet all day long on your FB or Twitter feed.  After you’ve done this for a little while, many of you get tired of having your iPhones or your smart phones or your email boxes ding with notices that your best friend just updated his or her profile?  What was the update?  [mocking] “Like, I went to the water cooler and it was like, oh, my God, like I ran into this old friend and we were like, ‘Really?  You’re going to that show?  You got tickets for that?  Oh, my gosh!  That’s totally like amazing!’”  Such highbrow intellectual discourse.

Anyway, the progression that we are currently in, why would you expect anything different of a result other than Aurora, Colorado shooting sprees, other than Jared Lee Loughner, other than Cho Seung-Hui, the Virginia Tech shooter?  Virginia Tech was in 2005, I want to say.  In the last six years, there have been three horrific mass murder scenes perpetrated —

Mike:  Then it’s in the last five years, all perpetrated by young men of about the same age.  What’s going on here?  People don’t think that there’s some kind of a problem with gun-wielding nuts?  This discussion, by the way, of gun laws and gun control, and I’ve seen this one about 15,000 times on the internet in the last two days: “Let’s compare Aurora, Colorado to Kennesaw, Georgia where they have must-carry.”  Not that I’m an opponent of must-carry.

The same government you claim tells you they don’t have the right to infringe upon your RTKBA (right to keep and bear arms) also has the right to compel you to keep and bear?  So it’s not a right to keep and bear, it is a responsibility and a duty.  I suppose, as the Swiss do, there is something to be said for a well-trained, well-armed militia.  Having to carry it around with you at all times and compelling people into service of that, isn’t that an infringement upon some people’s rights?  Anyway, the discussion about guns, to me, is just a distraction.

AG:  I kind of thought, from the beginning, as you just said, that this is not necessarily a gun control issue but one of mental health.  Is there a legislative policy, any kind of government program, whether it be state or federal, that in your mind would better serve to prevent tragedies like this from occurring or are you just, in essence, stuck with having some crazy individuals cause mayhem like this?

I used to talk to Col. Shaffer about Able Danger.  Col. Schaffer had told me that Able Danger had fingered Mohammed Atta long before 9/11 and had pointed to him, as to their data mining, that’s someone they ought to keep an eye on.  Jenkins writes today in Wall Street Journal under the headline “Can Data Mining Stop the Killing? Did the National Security Agency capture James Eagan Holmes’s transactions in cyber space? If not, why not?”

How many of you people want your transactions captured in cyberspace?  In other words, we can take the NDAA law, that many of you rightfully despise as an infringement on your Fourth and Fifth Amendment rights to privacy, take that and let’s put it on steroids.  We won’t even be looking for terrorists anymore.  They can’t do for us what James Eagan Holmeses can do to us.  We’re out there trying to find a bunch of future supermarket and movie theater shoot-‘em-up guys.

We can do that because [mocking] “We data mined this guy.  He dropped out of school, went to a gun shop, bought a gun.  Look, he attended a gun training class, went on Amazon and bought some ammo.  This guy is getting ready to blow.  Let’s go get him.”  Again, we have the precogs from the Minority Report fiction, the precogs in the tank of gelatin predicting the future.  All the while they’re predicting the future, what if they get it wrong?  [mocking] “Mike there’s really no consequence in them getting it wrong.”  Oh, really?  There isn’t?  You ever heard of a guy named Richard Jewel?  AG, if I said Richard Jewell to you, would you know what I was talking about?

Mike:  What’s the operative word in your response?  What’s the keyword that I’m looking for?

AG:  He did not.  Did it end up being the abortion clinic guy?  Was that who it ended up being?

Mike:  I believe it was, now that you mention it, but Jewell was accused.  Remember the media was camped out on his lawn, had all the satellite trucks out there.  They went to his mother’s house.  They had his mother out there, “My boy would never do this.”  Jewell was going, “Dude, I didn’t do this.  I had nothing to do with it.”  You had Geraldo Rivera and all the usual piling-on cast insisting that Jewell was the perp.  No evidence whatsoever.

Folks, we have a problem here.  Many of you sense that problem and describe it as a decline.  I believe that the decline is not only political and economic, both of which we can point to, I believe with some accuracy, and with the full hindsight of history behind us looking forward, say this is going in the wrong direction.  We also have a cultural decline.  I don’t think that cultural declines are a foregone conclusion.  The cultures decline by choice.  Men participate in the decline and delude themselves that they can avoid the fate of those that have gone before.  History does not show us that you can avoid that fate.  If you tempt Pandora and you open that proverbial box, you’re going to get Pandora justice meted out to you.  You may not get it but some future generation will. 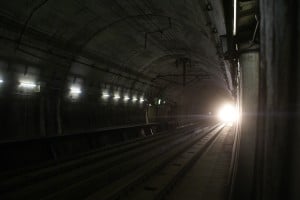 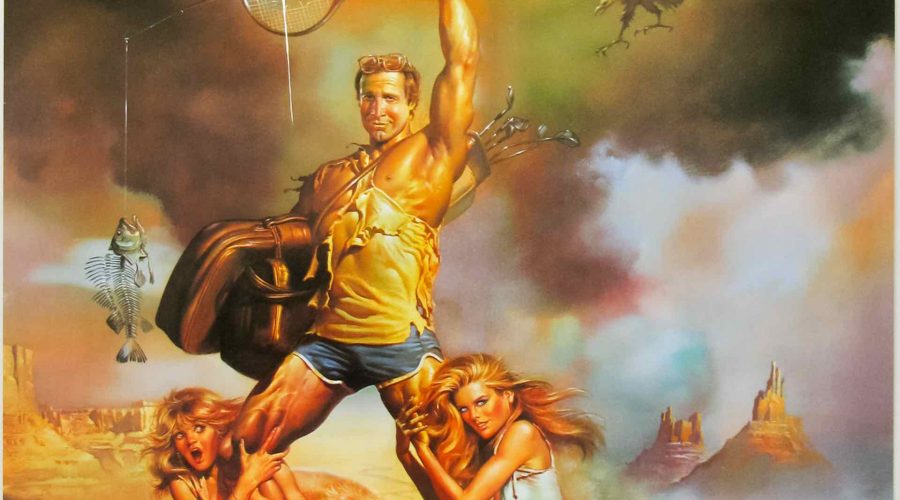 There IS A Free Lunch! And Its On The Mike Church Show Listen App! 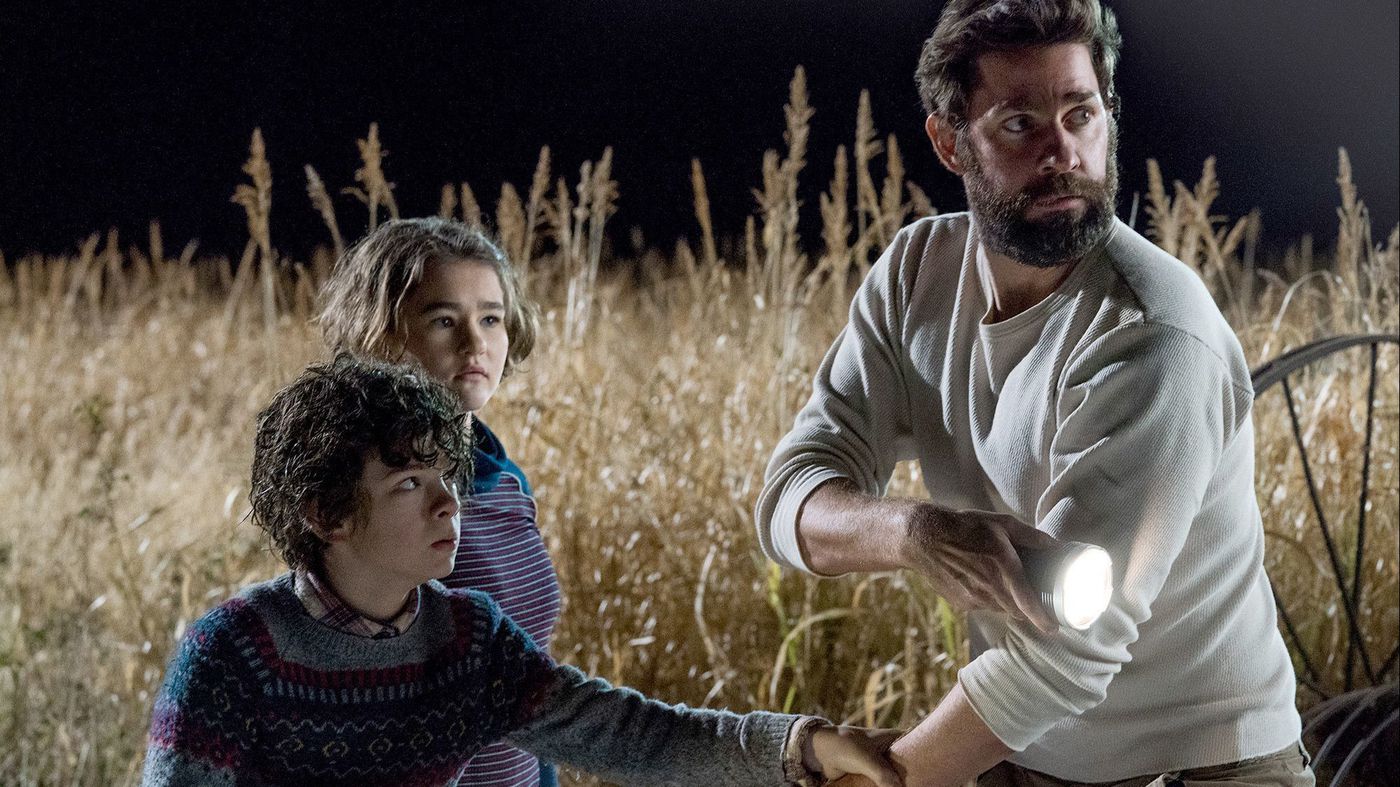 All Hallow’s Eve Pile of Prep!

Mr. Church, just a small sidenote: Halloween was inspired by Psycho, amd like Psycho, most of the violence is implied. The sequels were where the violence became explicit.

I concur. John Carpenter used some great old school, “he’s right there!” cut away, cut back “what!? there’s nothing there” to ratchet up the violence. And the fact that he was able to scare the bejesus belt out of most without the gore shows the pathetic decline of the “filmmaker’s art” and audiences tastes, since.