Mandeville, LA – Exclusive Transcript – The United Nations did send a team of chemical weapons inspectors into Damascus and into Ghouta and into the surrounding suburbs where the atrocities allegedly took place that were a result of orders given directly from Bashar al-Assad.  I have more on this intelligence here today, ladies and gentlemen.  It is becoming apparent, if you actually look beneath the veneer of the fabled news broadcast media, there’s an awful lot of press that you can read from outfits like Reuters, AP, the United Kingdom and other outlets where you can find out a lot more about what the intelligence is on Syria than Senator Kerry and his gang will actually divulge.  Check out today’s transcript for the rest…

Mike:  I talked about this yesterday, about how I couldn’t stand listening to any more radio or television yesterday because I just couldn’t take the cacophonous roar of the warmongers and the America-firsters out there.  [mocking] “It’s our responsibility.  We’ve always done this.”  I heard one member of Congress as a matter of fact, on Neil Cavuto yesterday, Adam Kinzinger.  This is a popular refrain, too, ladies and gentlemen.  I guess they picked this up from John “Rambo” Kerry, and that is when you’re asked a question about what is actually going to happen in Syria, what you are told in these clandestine, classified meetings to say is: Well, I can’t answer that, but I do know this.  We could make a montage.  If I had the time to record all the audio that I would like to, I could easily put together a two-and-a-half, three-minute montage together of [mocking] “Well, I don’t have the answer to that, but I do know this.  There’s a red line and a red line has been crossed and we don’t cotton too highly to red lines being crossed around here, mister,” even though the red line was a fabrication of the President of the United States, who now denies that he ever said it.  Do we have this in our Obama clips, AG?

Mike:  Rather than me describe it, just go ahead and play it.

Mike:  Stop the digital media file!  I want to get my laughter out of the way, hold on.  [laughing]  Is everyone finished laughing?  Is all the entertainment for the day done?  Okay, let’s hear the rest of it.

Mike:  I’m still trying to figure out what he just said.  Let’s go point by point.  “I didn’t set a red line; the world set a red line.”  Here’s a question: Unless there is a treaty to this effect that actually has the terminology red line in it, which I am not aware of that there is, then how is it that the world sets a red line?  I keep hearing Papa Bush, President 41, going [mocking Bush] “We can make all these things happen and pursue this new world order.”  Andrew, do you know how the world sets a red line?  Maybe I’m missing something very simple in front of my eyes.

AG:  The only thing I would have to say would be through the UN, right?

Mike:  Right, through the UN and through a treaty.  Let’s just assume the UN would set the red line.  Has the United Nations approved or denied the request for this military intervention from the Western powers into Syria?  The only requests that I am aware of that have been made have been denied.  This is interesting.  Every time there’s a presidential campaign cycle, the people that call themselves conservatives inveigh and huff and puff mightily about the existence of this body called the United Nations, the UN, and then swear or pledge that they’re going to do everything they can to try and get the U.S. out of the UN.  We are not listening to these clowns anymore.  We don’t take orders from the blue-helmeted creeps at the UN.  We hear this every four years.  Hell, we may hear it every two years depending on who is running against whom for Congress.

The other side, the Democrat side will then say: The UN is an international peace-keeping body.  Our membership in the UN puts us right there front and center in the League of Nations.  The UN has been a good thing for the world.  It provides order and structure.  The libs will go out there and defend the UN.  As a matter of fact, I can recall back when George W. Bush was president, and I was a neocon at the time.  Bush was trying to get this buy John Bolton nominated as U.S. ambassador to the United Nations.  Progressives would have no part of it, [mocking] “You’ll never get through the Senate.”  So Bush made Bolton a recess appointment, meaning he can only serve for one year.

What was it that had angered liberals back then like Dick Durbin, like Dianne Feinstein, like Senator Bob Menendez and the like?  What was it about John Bolton that had angered these august members of the progressive caucus in the Senate?  I’ll tell you what it was.  John Bolton wanted to get us out of the UN.  It was the Menendezes and Feinsteins and Schumers and the rest of the usual suspects going [mocking] “The UN serves its purpose.  We’re lucky to be in the UN.  The UN is great.  President Bush would do well to go to the UN more often.  Listen to the wisdom of the UN.  Listen to what it is the rest of the world is telling us through the UN.”  There was another liberal that said that.  His name was Senator Barack Hussein Obama.  Where do I know that name from?  Shazam, he’s president now!  The UN used to be next in line in supremacy on this earth to God himself, unless of course you just have this hankering to wage a war and the UN won’t cooperate with you.

The United Nations did send a team of chemical weapons inspectors into Damascus and into Ghouta and into the surrounding suburbs where the atrocities allegedly took place that were a result of orders given directly from Bashar al-Assad.  I have more on this intelligence here today, ladies and gentlemen.  It is becoming apparent, if you actually look beneath the veneer of the fabled news broadcast media, there’s an awful lot of press that you can read from outfits like Reuters, AP, the United Kingdom and other outlets where you can find out a lot more about what the intelligence is on Syria than Senator Kerry and his gang will actually divulge.  Even looking at Kerry and the State Department document that was offered up on Monday, I have an analysis on that.  It’s a point-by-point counterpoint.  This is a story by an award-winning journalist at the AP, Gareth Porter.  He’s not writing for the AP this time.  He’s on special assignment to another news agency, “How Intelligence Was Twisted to Support an Attack on Syria.”

The UN used to be, in the chain of command, governors on Earth (people like Obama) and then there’s the UN.  God is in the top 20 somewhere, but God is not the chief anymore.  Now we’re being told we don’t care what the UN says.  [mocking Kerry] “We don’t care what the United Nations, we’ve met our own intelligence conclusions.  We’re not waiting for their report.”  Why aren’t you?  Why would you not wait for the report?  To wait for the report is to say you’re waiting for some kind of international authorization or international confirmation from a disinterested or allegedly disinterested third party that may be more objective than the country that wants to steamroll into war.

Where does this red line come from?  It didn’t come from the UN.  By the bye, there’s another insulting thing that’s going on here, as it insults your intelligence, and that is the implication that if you are against this action, then you must be for chemical weapons.  There was actually an exchange — I should have recorded this yesterday.  I was busy doing something else.  Kerry and the gang went into the House yesterday and presented their case.  There was a congressman from I think North Carolina.  He had with him a photograph of children that had suffered nerve gas attacks.  I’m looking at the picture going: If those kids suffered nerve gas attacks, they probably wouldn’t be gathered around for a family portrait like you have there.

Nonetheless, this particular member of the House of Representin’ basically looked at the camera and said [mocking] “Any of you idiots out there, you America citizens, you halfwit doofuses that aren’t exalted members of Congress, any of you buffoons that thing this activity is going to provide one iota of support to Al-Qaeda, that to me is offensive.  It’s not a patriotic thing to say.  That’s not what’s going to happen.  We are not becoming Al-Qaeda’s air force.”  We’re not?  Who is it that Al-Qaeda and Hezbollah — as we keep hearing is the most evil, despicable outfit on the face of the planet — who is it that they’re aiming their mortar fires at?  Who is it that they’re shooting their semiautomatic weapons at?

Founders TV – What Are The Real Motives In Syria? Oil? Maybe. Grow The Empire? More Likely.

Again, flip the names.  What happens if a rebel force of Texas or Louisiana or Oklahoma or Alabama minutemen or militia members starts to overthrow or starts an internecine civil war with our government?  We’d get called terrorists.  That’s the same name that Bashar Al-Assad and his administration and the government of Syria officially deign upon the people that are fighting in Syria, terrorists.  Then we’re going to assist them?  [mocking] “Yeah, but he’s gassing his own citizens.”  His own citizens are in outright open rebellion and are joining rebel forces or terrorists, as we call them.  Wouldn’t that then make them terrorists? 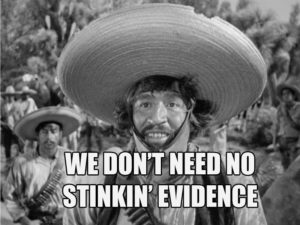