Mandeville, LA – Exclusive Transcript – Oh, but we’re not going to use our spy capabilities to spy on American citizens, we were told.  There were still no links to the sleeper cell.  This, to me, is FBI propaganda.  Let’s put it out there that these two punks are in cahoots with some kind of terrorist organization, that way it sounds like we have some cover for all the abuse of the older brother’s civil liberties that we’re going to be on the hook for.  But the FBI goes, “We know everything about you, everything.”  Really?  Did a judge sign off on it?  Did you guys get a warrant?  I’m just curious.  Check out today’s transcript for the rest…

But the patriarch of the family, a talented auto mechanic named Anzor Tsarnaev, struggled to make a living. [Mike: This is part of the bio from the Wall Street Journal.] Tamerlan, his eldest son, failed to make a career out of boxing, dropped out of community college for lack of money and struggled to find work.

Along the way, Tamerlan’s attitude seemed to sour… [Mike: Then they regurgitate the quote.] “I don’t have a single American friend, I don’t understand them.”

Ruslan Tsarni, an uncle of the two brothers, told reporters outside his Maryland home Friday that his nephews were “losers” who were unable to settle into American life “and thereby just hating everyone who did.” He said he didn’t think there was an ideological motive. “This has nothing to do with Chechnya,” he said. He also indicated there was a rift between him and his brothers. “It’s personal,” he said, “I didn’t like them.”

The boys’ mother said in a television interview with the Russian state-run news channel RT Friday night that anyone calling her son a loser is a loser himself. “I am really sure, like I am 100% sure, that this is a setup,” Zubeidat K. Tsarnaev said. She also said that she had been contacted by the FBI about her older son, before Monday’s deadly attack, as he grew more religious.

Mike:  There is something disturbing here about the FBI contacting people because of religious fervor.  Does that mean if I hop on the path of a devout Trad Cath and begin saying, “Sorry, guys, I gotta leave every morning at 7:30 because I have to go to daily mass and 8:00 a.m. is the only time I can get to it, so show ends at 7:30” — [mocking] “Mike’s been doing all sorts of crazy religious things.  He brings this thing around with him every day to work called a rosary.  People have seen him praying to this rosary thing in public.  Oh, my heavens, he’s radicalized! He’s a nut!  He’s been seen blessing every meal.  He won’t even drink a beer without blessing it first and giving thanks to the lord.”  Would I be radical?  Dangerous territory, ladies and gentlemen.  You may not think so, but don’t put anything past these people.

The boys’ father, in an interview with The Wall Street Journal, said he was present when the FBI interviewed Tamerlan in Cambridge. He said they visited for what they called “prevention” activities. “They said: We know what sites you are on, we know where you are calling, we know everything about you. Everything,” Mr. Tsarnaev said.

Mike:  Oh, but we’re not going to use our spy capabilities to spy on American citizens, we were told.  There were still no links to the sleeper cell.  This, to me, is FBI propaganda.  Let’s put it out there that these two punks are in cahoots with some kind of terrorist organization, that way it sounds like we have some cover for all the abuse of the older brother’s civil liberties that we’re going to be on the hook for.  But the FBI goes, “We know everything about you, everything.”  Really?  Did a judge sign off on it?  Did you guys get a warrant?  I’m just curious.  [mocking] “Mike, come on, now, we can’t be stopping to get warrants.”  That’s right, just forget about warrants.

We have a story today about the Supreme Court sticking its nose in the state business.  Even though I resoundingly and overwhelmingly agree with the court’s decision, I fundamentally and passionately disagree with their methodology in determining that you states out there cannot draw blood from people suspected of DUI without warrants.  That’s not the court’s position to tell the states how to deal with municipal matters like driving on public roads.  Anyway, we’ll get into that later.

Another relative—Maret Tsarnaev, the paternal aunt of the brothers—defended the sons. “Nothing points out that my nephews did [the bombings]…I demand evidence,” she said.

The Tsarnaev family, which included two boys and two girls, had come to America after facing discrimination as ethnic Chechens living in Kyrgyzstan during wars in their ethnic homeland. A separatist rebellion there, with elements of radical Islam, had been crushed by the Kremlin under presidents Boris Yeltsin and Vladimir Putin.

Before arriving in the U.S., the family lived in a number of places. Anzor, the father, grew up as an ethnic Chechen in Kyrgyzstan, and said he briefly returned to Chechnya with the family in the early 1990s before moving back to the Central Asian republic. He then left Kyrgyzstan again, facing discrimination. The family lived for a few years in Makhachkala, the capital of Dagestan, where Ms. Tsarnaev’s family is from, before moving to the U.S.

An aunt, who already lived in the U.S., helped them get established. [Mike: Then they had money problems.  The father was unable to find steady work as a mechanic.  Then they go into some of the family problems they had.]

Tamerlan excelled in school but dropped out of Bunker Hill Community College because of money, according to the family’s landlord, Joanna Herlihy. In an interview published in a Russian newspaper Friday, the father also recounted his younger son’s problems with money, which he said he tried to solve by working as a lifeguard between studies.

Ms. Herlihy, who speaks Russian and helped tutor the children, said Tamerlan’s boxing dreams eventually crumbled. “His back was in really bad shape and he couldn’t get into the Olympics, and that was the last thing he really worked hard at,” Ms. Herlihy said.

Dzhokhar excelled as a student at Cambridge Rindge & Latin School. [Mike: Andrew, this is where you got the notice that he was on the wrestling team from that school.] “I know this kid to be compassionate. I know this kid to be forthcoming,” said Larry Aaronson, a retired history teacher at the high school. “Every conversation I had with him—he was generous, compassionate and thoughtful.”

A former classmate there said, “His brother and family weren’t really Westernized, but Dzhokhar was really integrated into our school community. He was a normal American kid.” [Mike:  Apparently no he was not.  Now he’s an enemy combatant.  Now he’s Ayman al-Zawahiri with a Russian accent.]

The younger Mr. Tsarnaev was seen on campus at the University of Massachusetts Dartmouth, where he was studying nursing, in the days after the marathon attack, possibly on Wednesday…

Authorities are now trying to determine whether or not the young men had contact with terrorist figures. 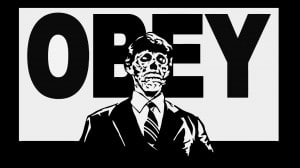 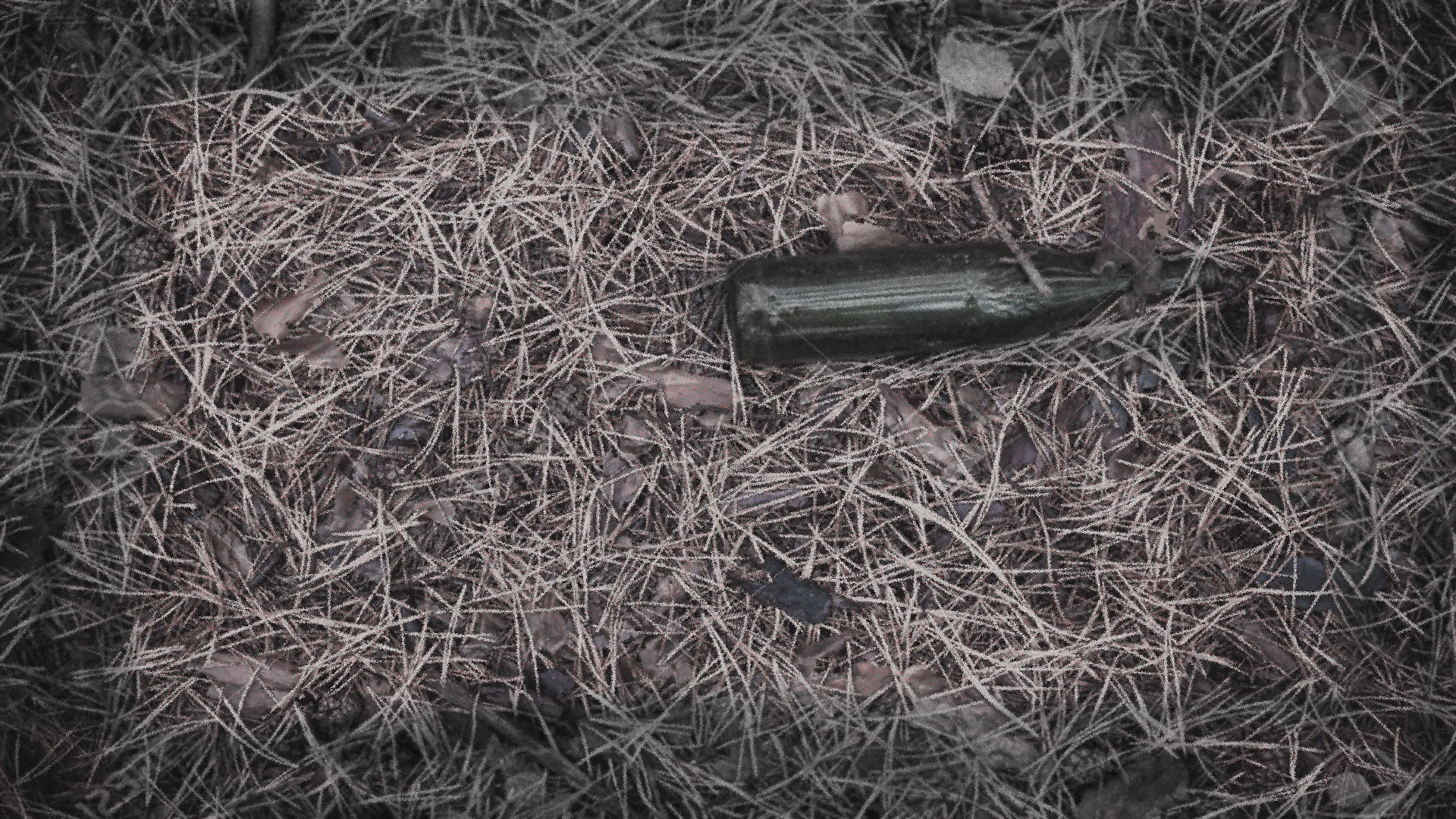