Lack Of Ethics Is Obvious In Politics

Mandeville, LA – Exclusive Transcript – “The principal rule that I wish to discuss with you here today, though, has not changed.  That is the subject of our discussion.  Ungentlemanly behavior is not tolerated.”  Check out today’s transcript for the rest….

I’ll tell you something that is fascinating about this.  One of the guys on ESPN yesterday actually mentioned this.  About ten years ago or so, after Tiger Woods had steamrolled his way through what seemed like unworthy competition — because he would just clobber entire fields of golfers and reduce them to quivering piles of gelatinous flesh — many people were asking – [mocking] “Well, Mike, are you going to turn this into a golf show now?  There’s Obama and Trump to talk about.”

It’s coming.  I’m going to tie all this together.  Many people were asking the question: Where are all the young dudes?  Where is the next generation of great golfers?  [mocking] “What’s happened is your old fuddy-duddy, anachronistic, stupid, expired sport with your stupid manners and your stupid rules and all those other things, has failed.  The modern world is rejecting the gentleman’s game of golf.”  That’s what they said. Kids don’t want to play it because they’re not going to be festooned and tied down by your stupid, lousy, non-modern golf moral code.

Look at the field.  Even if you’re not interested in golf, I’ll just update you quickly on what transpired at St. Andrews — boy, that place is just beautiful.  I cannot wait to go back there.  In the top ten, you have two 21-year-old amateurs, kids.  One kid is an Irish kid, Dunne, who actually is attending the University of Alabama Birmingham.  So he has a taste of American exceptionalism, I guess is the point.  There’s another American that’s an amateur at -8.  He’s in the group of the top ten.  Well, if you throw in all the ties, he’s in the top ten.  And then, of course, there’s 21-year-old Texan Jordan Spieth.  There are several other youngsters.  Jason Day is 24.

This is what is encouraging.  They all have to conform to the R&A rules.  If you’re watching the tournament today, if you watch the finals, when they do an overhead shot of the 18th green, that ginormous building, if you’re looking at the green from the fairway it’s to your left, if you’re looking at the 18th green from behind it it’s to your right.  That ginormous building has been there since the 16th century, 17th century.  I’ve been there.  That’s the Royal & Ancient Golf Club.  That’s where the sausage is made for the game of golf.  That’s where the rules are made. That’s where they’re enforced, interpreted, etc.  The rules have not much changed since they were written down in book form in the 19th century.  They have had to make some adjustments because they have modern equipment and there are new structures there, but the rules are pretty much the same.

The principal rule that I wish to discuss with you here today, though, has not changed.  That is the subject of our discussion.  Ungentlemanly behavior is not tolerated.  I don’t know if you remember, but my buddy, the editor at The Imaginative Conservative website, Stephen Klugewicz — and Steve is a big baseball fan.  He had written a story about how baseball, unlike football and other professional American sports, has its own code of ethics.  For those of you who want me to bash Donald Trump and jump on this subject, we’re doing it.  We’re doing it together.  We’re going to go through this.  It’s a process.  I just set up the subject for the hour, ethics.  Trump doesn’t have any.  We must go through the process of figuring out what ethics are and what are good ethics and what are bad ethics.  Let me continue with the story here.

You watch those young kids — where did they learn to behave as they do, to not throw golf clubs around or break them over their knees?  They do that from time to time, but where do they learn this?  This is something that has to be socialized.  You’re not born with ethics and manners like that.  It’s a discipline.  It has to be learned.  The R&A has a code of behavior, and so does the PGA of America.  I believe you have to sign an ethics statement.  If you’re not going to sign the ethics statement — and I bet we have a pro golfer or two out there listening right now that can verify this.  If you’re not going to sign the ethics statement, they’re not going to let you be a professional.

For a good example of that, see the ridiculous movie Tin Cup for how not to behave when you’re breaking clubs over your legs and arguing with your caddy.  The rules of golf go back to the 17th century when golf was first played at St. Andrews.  They had little balls that were made out of leather and stuffed with duck feathers and other assorted ways of making balls.  My point that I wish to make is that the rules, the gentlemanly, ethical rules of conduct have not changed.  That’s a good thing.

You have these youngsters, very extraordinarily talented.  Now add to their athletic skill class, gentleman-like behavior, ethical behavior.  No, not all of them are totally ethical.  Don’t call me: What about Dustin Johnson?  What about Tiger Woods?  What about them?  We’re not perfect.  We’re men.  We sin.  We tend towards corruption.  Why?  Because of Adam.  Thanks, Adam.  The point is that the R&A rules and the rules of golf in general make it what is called a gentleman’s game.  Those youngsters, as talented as they are, also know that part of that game is gentlemanly behavior.  There is ethics there.

What are the three principal things that we learn in ethics or learn from ethics and that we seek to use in our ethical lives?  You have your monastic ethics, which is what they’re doing.  Monastic means your ethics.  Think monastery, the ethics of your personal being.  There are political ethics, and that’s the affair of the estate.  Then there is economic ethics, which principally deals not with high finance and banking, although it can, principally the affairs of the family, the affairs of the home.  The monastic ethics is what you see in Jordan Spieth and the young man Dunne and Jason Day and all those youngsters there.

Let’s move to the second part here, these embarrassing accusations that Donald Trump is hurling at Senator McCain.  You people know that I am not a fan, promoter, defender, supporter — no, I did not vote for McCain.  Most people won’t tell you that.  I didn’t vote for Obama.  I voted for Bob Barr in 2008.  I couldn’t pull the lever for the war-luster McCain.  McCain does have a viable and very moving story as a prisoner of war.  What the man went through is quite incredible.  His fortitude — let’s look at the cardinal virtues now so we can tie some of this together here.  The cardinal virtues, there are four of them.  They are: temperance, prudence, justice, and fortitude.  It’s not hard to make the case that Senator McCain or then-fighter pilot McCain had a very healthy dose of fortitude as he was a prisoner of war and refused to be released on several occasions when he was offered the chance because he didn’t think it was honorable to do so.

The reality is McCain was a prisoner of war.  McCain, by all accounts, was an honorable prisoner of war.  McCain’s story is a heroic one.  Again, he demonstrated the cardinal virtue of fortitude, of temperance, justice, and prudence.  These are things that no one can take away from him, and they are part of the historical record and that’s reality. 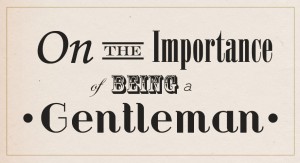 all part of the same error.  What’s troubling about Trump is that so many people are cheering us on.  This isn’t a contest to see who can be the next David Letterman.

Again, in order to succeed in this endeavor, in other words to become president and execute the office properly, you’d have to have those four cardinal virtues.  You’d have to have them in large quantities.  You’d need a lot of temperance, wouldn’t you, to not go flying off the handle and bombing back into the stone ages someone who crossed you.  You’d have to have prudence.  Prudence would dictate that you’re not going to pass debts off to people who aren’t even born yet.  You have to have temperance or justice, a sense of justice, which means that the laws are faithfully executed.  You have to have fortitude to stick to it.  If you have a moral principle that guides you or moral principles that guide you, you don’t waver from them.  If God says that you’re supposed to do something, if moral theology says that you’re supposed to do something, then you do it.  It doesn’t matter what the Washington Post thinks about it.  They’re not going to be standing next to you and holding your hand or giving you applause when you get judged at the gate of Saint Peter.  Why then does Trump think he can get away with this?