Mandeville, LA – Exclusive Transcript – “That is the celebration of when the income tax returns come in so that those that work in the Pentagon can continue spending hundreds of millions of dollars of OPM, other people’s money, in bombing the third world back into the stone ages, bombing the second world into the stone ages, and bombing the first world or bombing with the first world in unjust wars, committing war crimes, etc., etc.”  Check out today’s transcript for the rest….

Mike:  Our subject for the day is an ongoing discussion here on this show and on other shows, but specifically on this one, Pentagon Christmas.  [mocking] “Mike, what’s Pentagon Christmas?”  Well, Pentagon Christmas happened yesterday.  That is the celebration of when the income tax returns come in so that those that work in the Pentagon can continue spending hundreds of millions of dollars of OPM, other people’s money, in bombing the third world back into the stone ages, bombing the second world into the stone ages, and bombing the first world or bombing with the first world in unjust wars, committing war crimes, etc., etc.  Look, people that manufacture bombs gotta eat, right?  People that manufacture bazookas gotta eat.  People that manufacture tanks and planes, they need to eat, too.  [mocking] “Well, Mr. Church, this is a dangerous world, or perhaps you haven’t heard.  What are you, Tom Cruise from A Few Good Men now?”

We live in a world that has walls, and those walls have to be guarded by men with guns.  Who’s gonna do it, you?  You, Lieutenant Weinberg?  I have a greater responsibility than you can possibly fathom.  You weep for Santiago, and you curse the Marines.  You have that luxury.  You have the luxury of not knowing what I know – that Santiago’s death, while tragic, probably saved lives; and my existence, while grotesque and incomprehensible to you, saves lives.  You don’t want the truth because deep down in places you don’t talk about at parties, you want me on that wall – you need me on that wall.  We use words like “honor,” “code,” “loyalty.”  We use these word as the backbone of a life spent defending something.  You use them as a punchline.  I have neither the time nor the inclination to explain myself to a man who rises and sleeps under the blanket of the very freedom that I provide and then questions the manner in which I provide it.  I would rather that you just said “thank you” and went on your way.  Otherwise, I suggest you pick up a weapon and stand the post.  Either way, I don’t give a damn what you think you are entitled to!

A more sober, responsible American exceptionalism would resist the delusion of national innocence . . .

Mike:  We talked about this in the first segment here, folks.  Again, if I were living in the Catholic Republic of St. Tammany, this republic would not have the resources needed to bomb ISIS back to Muhammad.  We also probably wouldn’t feel threatened by ISIS outside of the fact that they are Muslims and we are not letting any Muslims into Catholic St. Tammany.  Now, if you think you can make friends and buddies with the Muslims and when the orthodox come in and start bombing and killing and shooting and beheading and raping and robbing and marauding, that the Muslims around you, the nice, kind, tender, non-radicalized ones, what are they going to become if they don’t join the orthodox?

We’ve had Andrew Bieszad on the show.  We’ve had Chris Ferrara on the show.  We’ve had other people that have talked about this.  We know this from the history of Europe.  We know this from the history of the ancient world, before there was a continent which we loosely refer to as Christendom today.  What is going to happen to the non-orthodox Muslim when the orthodox Muslim starts beheading and raping and robbing and pillaging and marauding and bombing and nuking and everything else?  What’s going to happen?  He’ll either become orthodox or he’ll become and be regarded by the orthodox Muslim as an infidel, just like you and just like me.  What does that mean?  That means either he’ll put the suicide vest on, pick the gun up, and learn how to start blowing people’s 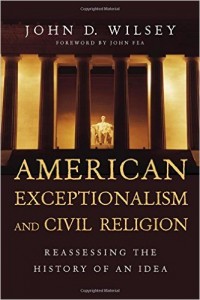 heads off or cutting them off, or he’ll be on the receiving end of having his head blown off or cut off.

Recent events in history shows that those not given to radicalization do not hold the line.  They give into radicalization.  I call it orthodoxy.  It’s Muslim orthodoxy.  If you can conform your mind to reality, the reality is that Muhammad invented, out of whole cloth, borrowing a little bit from Christianity and a little bit from the pagans and a little bit from the Jews, and melded his own religion, which basically had as its primary operating principle, we’re going to say there’s this god called Allah and we’re going to say that we can get away with doing anything we want because Allah wills it.  An understanding of what the Mohammedan is and how the Mohammedan operates is what chastened all of Europe to not admit Mohammedans in.  Now, of course, they’ve admitted tens of millions of them and they’re screwed.

A more sober, responsible American exceptionalism would resist the delusion of national innocence and instead cultivate habits of self-examination . . .

Mike:  By the way, my little republic also would not be able to afford a standing army.  We might have some kind of a rotating militia like the Swiss have in their cantons.  All 18-year-odl men in the Republic of Simpsonistan or the Republic of St. Tammany may be responsible, may have to attend drill, may have to be assigned a weapon, may have to learn how to use it, may have to take an oath to defend the St. Tammany Republic for Christ against any Mohammedan or against any other intruder.  That’ll be about the extent of it.  Gee, we won’t need a little pentagon in Mandeville.  Imagine that.  My point is that the Air Force from the State of Georgia would not have the firepower to wreak the havoc in the Middle East that ‘Muricah can.  Because you have a bunch of blood-thirsty barbarians claiming to run around and call themselves conservatives chanting, “USA! USA! USA!” and believing that somehow because we’re allegedly exceptional – look, we are exceptional.  Let’s admit it.  You kill 56 million babies in 43 years, you’re pretty freaking exceptional.  Back to Professor Wilsey’s book on exceptionalism:

. . . recognize the nation’s failures to live up to its ideals, and make its peace, in the fashion of Reinhold Niebuhr, with a world of moral ambiguity and irony. Instead of reveling in triumphalist vanity, open exceptionalism would acknowledge the dark moments in America’s past and not long for a “golden age” that never existed.

Mike:  You hear this?  You people drill this through your heads.  There is no golden age of ‘Muricah.  There is no golden age that ever existed.  There is no God’s chosen people past for the United States.  I hate to be the one to ask you to conform your mind to reality but that’s the reality.  You realize that that’s what keeps this electioneering and this alleged democracy, that’s what keeps it going, this illusion that the founding fathers, after they had their Council of Nicaea moment and formed the Constitution, and after they poured water on it that was blessed by George Washington himself, and they witnessed the apotheosis of George Washington, after they did all that, ‘Muricah was consecrated as God’s country.  Were there good, God-fearing people here in America?  Yes, there were.  Did the founding fathers get it right?  Hardly.  Did they screw a couple things up?  You betcha.

In the same way, the fact that ‘Muricah has survived since allegedly 1776, is what drives this American exceptionalism mentality.  [mocking] “It continues on where other nations have failed.  We’ve got us a Constitution and we’ve got founding fathers to prove it.”  Number one, there’s hardly a shred of the Declaration of Independence that’s in effect any longer.  There’s no part of the Articles of Confederation that’s in effect.  There’s very few parts of the Constitution that are still in effect.  There’s no republicanism that is in effect.  There’s very little federalism, and if there is it’s on the way to being extinguished.  What is it exactly then that has survived?  Has the tradition of federalism survived the bedrock upon which, as Jefferson said, the Constitution is predicated?  No, it hasn’t.  Try

getting your way in your local hamlet.  You know what will happen?  As soon as you pass a law or an ordinance (see Mississippi, North Carolina, Indiana, very soon Ohio), a federal judge or a federal magistrate will come along and say: How about no?

[mocking] “Mike, it sounds like you hate ‘Muricah.”  I hate Americanism.  I hate the heresy of Americanism.  I don’t hate America.  I said I wanted to form the Republic of Simpsonistan or the Republic of St. Tammany.  I encourage the Kreslins to form the Evangelical Republic of Norman, Oklahoma.  You’ll find good Americans.  When I say ‘Muricah, I mean this fictional edifice that we allegedly all know existed in a golden age for the betterment of all mankind.  Not for the 56 million dead carcasses of babies.  Not for the bombed-out ruins of Iraq, Damascus, and now Yemen, and many other places.  Not for the survivors of Hiroshima and Nagasaki.  Have we done good things?  A few.  Have there been good people attempting to do good things?  Yes.  Does that make the whole endeavor great and good and worthy of continuation?  No.  The order is incorrect.  We’ve got people running around today saying that perverts have some kind of a predestined, equal-access clause to my daughters’ bathrooms.  Something is seriously off the rails.  It’s this ridiculous notion of exceptionalism.

Back in 1871, ’72, ’73, and ’74, the National Reform Alliance met in convention.  They went and they pleaded with Congress: This government is corrupt.  This country, this union is corrupt.  We don’t care what Lincoln did to preserve it.  It’s corrupt.  If you don’t get the order correct, nothing else is going to matter.  They got their amendment to get the order correct, to reorder the preamble and introduce an amendment to the Constitution.  It couldn’t even make it out of committee in Congress in 1874.  It got voted down.