About half way through the Post Show Show there was a problem with our video capture device so we switched to our other camera. Sorry for the inconvenience and we’ll do our best to make sure this doesn’t happen again.

Mandeville, LA – Exclusive Audio – Finally a Federal Judge in has done what a Federal Judge is supposed to do: U.S. District Judge Katherine Forrest ruled in favor of a group of writers and activists who sued President Barack Obama, Defense Secretary Leon Panetta and the Defense Department, claiming a provision of the National Defense Authorization Act, signed into law Dec. 31, that them in fear that they could be arrested and held by U.S. armed forces. Check out today’s Post Show Show podcast for the rest… 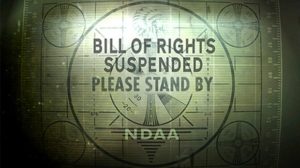