Mandeville, LA – Exclusive Transcript – “There are a couple of problems with this, and one of them is that we’re not taught these things any longer.  You can’t abide them if you don’t know them.  In most instances, it’s not that people are heretics out there.  It’s that what ought to be taught isn’t any longer, and it’s because it’s not fashionable.  The one thing that ought to be free from, that you would elevate to sacredness, because it is sacred, is the faith, the faith in our Lord.”  Check out today’s transcript for the rest…

Mike:  The one thing that used to be sacred, above and beyond reproach, and was held in and with that kind of esteem for almost 20 centuries, that one thing which was the faith of our fathers — Kevin Gutzman wrote an essay once upon a time.  I think you can probably find it — I think I have it on my website as a matter of fact.  It was called “The Faith of Our Fathers.”  I have a docudrama called The Fame of Our Fathers.  Kevin had written about the faith of our fathers.  What he was writing about was John Dickinson and John Witherspoon and some of the other men of the founding generation and what it was that inspired them.  It was not a quest for eternally changing and eternally evolving political schemes.  It was, instead, a devotion, as Murray says, to the unseen, obedience to things that are not enforceable other than they have always or have tended to and tried to guide the affairs of men, and that is the things that we are taught we’re not supposed to do.

There are a couple of problems with this, and one of them is that we’re not taught these things any longer.  You can’t abide them if you don’t know them.  In most instances, it’s not that people are heretics out there.  It’s that what ought to be taught isn’t any longer, and it’s because it’s not fashionable.  The one thing that ought to be free from, that you would elevate to sacredness, because it is sacred, is the faith, the faith in our Lord.

That’s the one thing today that seems like it is almost a requisite to make fun of.  You almost have to mock it.  If you don’t, then that makes you some kind of a weirdo.  Here’s the best part, if you don’t mock or contravene what it has been proselytizing for century upon century upon century, even if that puts you on the opposite side of what is currently politically fashionable, then you are in really big trouble.  We see so many of these instances that happen all around us today.  We seem powerless to be able to do anything about them.  The reason we’re powerless is because we don’t have that supernatural authority to rely upon to be resolute in what ought to be a pretty simple answer, which should follow something, to wit, how about 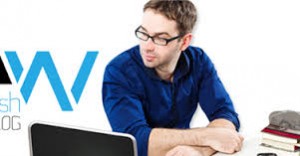 Matt Walsh was writing about the kiss between Sam and his boyfriend, however it is described.  Matt Walsh is the blogger who I referred to last Friday on the program when we were talking about that woman who had her abortion filmed and who was the latest cause célèbre at Cosmopolitan Magazine.  It was just the wonder of what a great event this was.  She filmed it just to show people, [mocking] “Look, it’s fun!  Killing babies is fun!  It’s even profitable for some people.  And there’s really nothing to be afraid of, nothing to worry about.”  So Matt Walsh goes: Oh, yeah?  Wanna bet?  He’s done something that is grisly in its nature but is necessary.  He took her actual video — I posted this on Friday on the website.  He took the “How I Filmed My Abortion” video and as she’s going step by step and is describing what’s going on with the procedure, he is giving you either the video graphic or photographic evidence of what is actually being done to the child, including when the procedure is completed and there is a very discernible formerly-gestating human being now in a petri dish tray with some of its limbs ripped from its torso.  It puts it into context to say: Oh, yeah, this is what was so great?  This is your great day?  Why don’t we ask the former what kind of a great day it was for her.

In that same instance, Walsh is among those who bravely waded into these waters with this kiss event that happened on Saturday night on ESPN.  He was wondering, as I was wondering, too — how many of you remember when Tim Tebow was a big NFL star?  Young Eric, who is it that he beat with the pass on the last play of the game?  Was that the Steelers when he was with the Ravens?

Eric:  Yes, it was the Steelers.

Mike:  When Tim Tebow, who was at the time one of the more outspoken Christian athletes — remember, we’re talking about things that are allegedly controversial here, although why someone’s faith in athletics is controversial remains beyond me.  That’s right, see prior comments about what is sacred now and what is not.  What is evil and despicable is now sacred, and what used to combat evil is now not sacred.  Tebow, you may recall, there was a lot of pushback against Tebow and the famous Tebow move and some of the things he may have said after games, which, still to me remain very innocuous.  No harm, no foul.  In one instance here on Saturday night, one NFL player was chastising Michael Sam and basically saying: Dude, you didn’t have to do that.  He was then summarily accused of all manner of heresies, all manner of being the worst, most despicable, disgusting human being ever, and don’t you worry, buddy, you’re going to get yours here.  It’s a new day.  Haven’t you heard?  Homosexuality is where it’s at, so you better get with it, pal.

What he said basically was: I wish that he would just shut up about it.  Of course, if you say that and you’re talking about Michael Sam, you have just committed heresy.  Funny, no one seemed to imply or think that former Broncos quarterback Jake Plummer had committed heresy back two years ago when Tebow had said something after a game and Plummer, interviewed on some radio show after the fact said,

“ … I wish he’d just shut up after a game and go and hug his teammates … I think that when he accepts the fact that we know that he loves Jesus Christ then I think I’ll like him a little better.  I don’t hate him because of that, I just would rather not have to hear that every single time he takes a 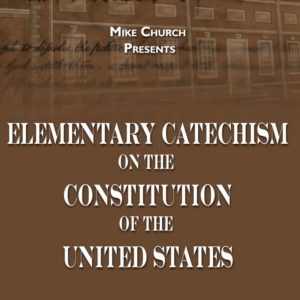 good snap or makes a good handoff …”  Jake, what do you think you’re going to hear if Michael Sam actually makes it into the NFL and tackles anyone, including a water boy?  It’s going to be the greatest tackle ever.  It’ll be historic, heroic, let’s measure the bust at the hall of fame in Canton.

This is exactly the point, this whole charade about [mocking] “I don’t want any special attention cast towards me because of my sexuality.”  Yes, you do, otherwise you wouldn’t have made the public spectacle of yourself that you currently are.  In the current narcissism in which we all have to operate these days, you’re not allowed to escape anyone else’s point of view unless it’s a formerly sacred one like Tebow’s.  Tebow, shut up.  Gay guy is coming out and playing in the NFL, please, go right ahead.  Don’t any of you tell him to shut up.  We could say the same thing about the woman who was filming her abortion.  Yeah, we want to hear that story.  Cosmo wants to put that on the front cover.  It’s going to be on the newsstand, man.  It’s going to be right there where your kids are checking out with mom after having gone to the grocery store.  Some woman who showed up to pray out front of an abortion clinic, [mocking] “She’s disturbing the peace!  We don’t want to hear from these whackos trying to infringe upon the sacred right of abortion.”

Everything is so backwards.  Yet we stand around and say to ourselves how messed up and screwed up our politics are and much of our current affairs.  When given easy opportunities to go: It’s not really hard to figure out why, dude.  Apparently it’s very difficult to figure out why.