Mandeville,LA– This Founders TV Episode was originally published on Sep 26,2013 and is part of the Founders TV/ Post Show Show.

Mandeville, LA – Exclusive Video and Audio – Even though Ted Cruz was standing tall at his filibuster against Obamacare, he was also standing with the majority view. His views represent nothing new and most of the rest of the Republican party. When Rand had his filibuster he was challenging the Democrats AND the Republicans, who had voted FOR most of the policies he was filibustering against (NSA, spyfare, drones, etc). Ted Cruz deserves credit for joining Paul’s filibuster but there is a major difference between the two. One is complacent within his party and the other represents action in a new direction. For more on this be sure and check out today’s Founders TV and sign up for a Founders Pass if you haven’t already! 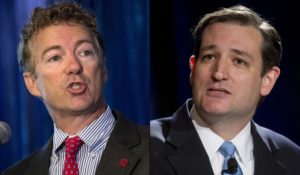