Mandeville, LA – Mike Church’s daily Pile of Prep, chock full of the U.S. SpyFare State’s Patriot Act which has killed self-government plus other [r]epublican stories used to perform the Mike Church Show on Sirius/XM Patriot channel 125. “The effect of secrecy on democracy isn’t abstract. The consequences of secret law and policy are not something we’re risking, or that we might suffer at some time in the indeterminate future. Secrecy is already corroding our democracy. It’s impossible to see at the time, and obvious in hindsight, when the truth outs.” – Conor Friersdorf, The Atlantic

Listen to the Preview of “Danger Not Yet Over”-Subscribe to Mike’s “Founders Pass” and gain access to ALL Project ’76 content and much more. Take the Tour

The ILLUSION of self governance-The renewal of the Patriot Act, when there was a clear need to let it expire, is now what animates the SpyFare state we are cursed with and seem to have no political power or will to deal with

Memo to DeceptiCONia: Your favorite militia buddies, no not the ones in Liberty County TX, the ones fighting for al Queda in Syria are now being armed by convicted international war criminal Omar al Bashir, President of the Sudan

PLEASE SUPPORT THIS SITE: This Page is Supported by YOUR Founders Pass subscriptions to this site, PLEASE take the tour and see all the GREAT CONTENT you are missing out on including Mike’s Project ’76 Webisodes™

The NY Times reports the shipments to the “rebels” in Syria contain “antiaircraft missiles and newly manufactured small-arms cartridges, which were seen on the battlefield in Syria”

New reports of our pals in Egypt, the cradle of “the Arab Spring” burning 14 Catholic churches to the ground, killing Christians  and creating a climate of horror for those Christians who remain. And we are assisting these maniacs with majority supported “foreign aid”!? Heaven help US folks….

AmConMag’s Larison: Time to sever those ties with Egypt 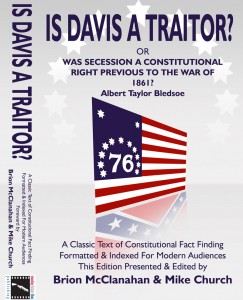 Gingrich wants Republicans to have “positive replacements for ObamaCare” meaning he wants THEM to run the welfare state. This is fine so long as I don’t have to hear about that being a “conservative” effort

“Conservative Christians” discover-to their SHOCK!- that Fox News may not be their ally and advocate as they have come to believe and now might [sensibly] reject

We have to uhhh… pass the uhhh….(cackle) the uhh bill…to uhhh…(cackle) see…what’s inn it (cackle). Nancy Pelosi isn’t laughing anymore as the ObamaCare monstrosity threatens to be consumed by the public it was supposed to save’s own disdain for it

Today’s Special Guest: Tom Pauken candidate for Governor of TX, read all about Tom and support his campaign

Aha, Shazaam! Inflation is real and it is eating our wages up faster than you imagine has been my refrain for over 3 years now. This is usually met with “well the FED says inflation is minimal”. Along comes CNBC’s Rick Santelli, toeing my common sense line “I don’t believe the government’s calculations”.

Mike,
I loved your monologues today when you talked about Egypt’s vested interest in continuing the “aid” and also arrogance & piety v. humility & faith. I hope to remember and use those points in the future.