Mandeville, LA – Exclusive Transcript – “The problem is the amount of power and the responsibility that has been transferred to the federal leviathan monster that is perched on the banks of the Potomac River.  Taxes is its blood.  You and I have blood.  That living organism, that living entity has taxes.  That’s what courses through its veins.  Altering the manner in which the taxes are collected does absolutely nothing to address the myriad of problems.”  Check out today’s transcript for the rest….

Mike:  I used Trump’s own statement as evidence for this.  He was asked: Who’s on this team?  Who helped you with this?  These are the greatest minds this country has to offer.  These are the top scholars in this field.  Since he was talking about taxes and economics, I will assume he meant taxes and economics.  In other words, the people that arranged the current disastrous alignment of deck chairs on the poop deck of the sinking US Titanic were employed to yet rearrange the chairs on the poop deck of the US Titanic.  The result: It still sinks.  It takes you and me and our kids and our grandkids along with us.  It doesn’t solve the problem.

The problem is the amount of power and the responsibility that has been transferred to the federal leviathan monster that is perched on the banks of the Potomac River.  Taxes is its blood.  You and I have blood.  That living organism, that living entity has taxes.  That’s what courses through its veins.  Altering the manner in which the taxes are collected does absolutely nothing to address the myriad of problems.  It’s a laudable effort, in other words praiseworthy effort to try and find some other way to do this.  This is not the other way.  This is just another scheme and another gimmick.

By the bye, remember I told you and have been telling you, for all you Trumpistas out there, fans of Trumpzilla, that when it came down to the policy brass tacks, you were going to find out that the new black is the old black, the new orange is the old orange.  It just has a new suit of clothes on it.  There’s not much different here.

This is not to throw cold water on any of your speranza, the Italian word for hope.  If you’re a Carson, Trump, or Fiorina backer, then you do that.  Go right ahead.  I hope it’s really delicious cold milk.  What’s in the offing here is not a change of the kind of proportions and a reversal of things that’s going to set what is horrifically wrong right.  That’s the point.  This is illustrated in so many different ways today.  It remains quite tragic that it’s illustrated in those different ways today.

I’m just going to give you an example. We have in today’s Pile of Prep a couple interesting editorials in addition to the one from 1861.  Here’s an interesting one.  This is the headline from this one, “Bombs Away: Why the Pentagon Doesn’t Need an Increased Defense Budget,” written by Lawrence Korb at The National Interest magazine.  This is an editorial, partial editorial / partial fact-finding mission story of what the Pentagon — the Pentagon is the symbol of ‘Murican defense, national defense — what it spends, what decepticons are saying it ought to be spending, and what the historical record and the rest of the world says it really ought to be spending.  It brings you face to face with the numbers.  The numbers, again, folks, they’re staggering.  Why do we not stagger when we hear these things?  $600 billion is bandied about as though it’s chump change and some kid has it in his pocket and he’s on his way to 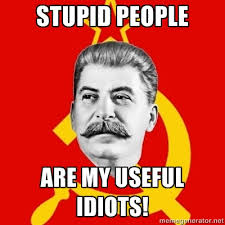 the candy store.  It’s only $600 billion.  We need to spend $900 billion.  Can I hear trillion?  I’m sure President Fiorina can get us near a trillion.

Did you hear that last night there was a new bombing raid in Afghanistan?  There was an AUMF that was authorized in 2001 to exact revenge against those who had perpetrated the September 11, 2001 attack, the majority of which were citizens or had hailed from Saudi Arabia, yet not a bomb has been detonated in Saudi Arabia that I know of.  Instead we’ve invaded Afghanistan, this’ll be what the third invasion now, invaded and occupied or are now going to invade and occupy Iraq again, lusting and salivating over occupying and invading Syria, lusting and salivating over invading and occupying or assisting someone else to invade and occupy Libya, salivating and dreaming over invading or doing something to agitate Vladimir Putin, who just happens to be in the United States at the UN, over the manmade crisis that was manmade by MI6 and the CIA in the Ukraine.

Ordnance were dropped over what we are told were former Taliban rebels that had to be subdued somewhere in the hinterlands of Afghanistan.  This is September of 2015.  The AUMF was issued in September or early October of 2001.  The entity and the group that was to be subdued was subdued in a matter of less than 45 days, meaning there really is no congressionally authorized, legal authority for the president to be dropping bombs.  The Republicans are always out there jumping up and down, screaming and hollering about the president abusing his constitutional authority and inventing his own power.  He invented one yesterday.

Where’s the pushback?  [mocking] “What would you do if you were in the position, huh?”  That’s right, change the question.  Don’t talk about what it is that I just brought up.  I’m not the president.  I don’t have to do this.  I can ask and I can demand and I can expect that the President and the Congress that’s supposed to exercise a check upon him might do what it is that they’re supposed to do, but if we did that then we’d be dealing with reality.  We don’t deal with reality.  We like to deal with fantasy.  The fantasy is you could keep wasting a trillion dollars a year fighting other people’s wars and believing that somehow you’re going to bring an end to terrorism.  That may be a laudable initiative, and has been a laudable initiative for about 1400 years now, over a millennium.  It will take divine intervention, which we don’t believe in anymore anyways, to bring it about.

Patrick J. Buchanan on this subject today, The New Nationalist World Order.  Buchanan is sure staying busy lately, isn’t he?

Pope Francis’s four-day visit to the United States was by any measure a personal and political triumph.

Mike:  By the bye, how many of you have seen the controversy of how it was or how it is allegedly that Cardinal Bergoglio was elected Pope while Pope Ratzinger, Cardinal Ratzinger rather, Benedict XVI, was forced to resign an unelected pontiff?  The story is still developing, but numerous sources now from — and some of these are old.  This is an old story.  I told someone yesterday: That story is old.  Part of that story is old about how Cardinal Ratzinger was getting a little too close to righting some of the erroneous wrongs of the Vatican II Council and the libs — yes, there are libs in the Vatican, terrible libs — the libs in the Vatican and in the bishoprics were going to have none of it and instrumented or conceived a coup.  In this instance, it would be a — I need to do a little more study on the difference between a coup d’etat and a coup de main.  It seems to me that this one, since it was of such immense proportions, was a coup de main.  If we have time I’ll get into some of the details because it’s quite a fascinating story of intrigue and deceit.  Back to Buchanan:

The crowds were immense, and coverage of the Holy Father on television and in the print press swamped the state visit of Xi Jinping, the leader of the world’s second-greatest power. But how enduring, and how relevant, was the pope’s celebration of diversity, multiculturalism, inclusiveness, open borders, and a world of forgiveness, peace, harmony and love is another question.

The day the pope departed Philadelphia, 48 percent of Catalonia, in a record turnout of 78 percent, voted to deliver a parliamentary majority to two parties that advocate seceding from Spain. Like the Scots in Britain, the Walloons in Belgium and the Italians of Veneto, they want to live apart, not together.

While the pope called on America and Europe to welcome the migrant millions of the Third World, Bishop Laszlo Kiss-Rigo, whose diocese stretches across the southern reaches of Catholic Hungary, says of those pouring into Europe: “They’re not refugees. This is an invasion . . . .”