Mandeville, LA – Exclusive Transcript – We look back in history and look at all the rotten things that happened in history and decry this person and decry that king and that tyrant and dictator for doing all these things, yet when our very own government is doing it, not only do we not decry it, we cheer and root it on and want to argue over why it ought to be done.  Do you not think that many people at the time the historical atrocities were being committed, that there weren’t patriots, those that were drunk with jingoistic patriotism that weren’t saying similar things?  Some of this has to do with the hated and despicable cut in military spending that is allegedly right around the corner. Check out the rest in today’s transcript…

Mike:  Jim is in Virginia, first up today.  Jim, how you doing?

Caller Jim:  Just fine, King Dude, just fine.  You done made about every point I was going to already.  Hagel don’t toe the decepticon line.  It’s very simple.  He’s kind of like Ron Paul on international thinking.  He’s non-interference.  Who knows if he can talk President Obama into going along with it or not but maybe he can slow it down a little.  Hopefully he can.  We’re already involved in Syria on several different levels.  At first we were sending in arms and stuff to them through Turkey.  Now we’ve got troops in Turkey.  Who knows if we’re going to invade them or not?  Maybe they’re setting up for it.

Mike:  Well, if Graham and company have their way, yeah, we pick a side and get in there and either arm our new buddies, our new allies, who in a matter of a couple months or years will then turn those same weapons on us, or we actually physically and materially assist them.  Regardless of what is happening there, what would we think if we were having an internecine struggle in one of our states?  Let’s say there was some form of a rebellion in one of the states.  Let’s use Texas as an example.  Let’s say that the Posse Comitatus Act is actually obeyed and adhered to and no one will disobey the Posse Comitatus Act and therefore federal troops cannot be called in because the governor of Texas, that would be Rick Perry, has refused.  He has not said that he desires there to be any federal help, so this is something that must be worked out between the militia of the State of Texas — which would be its national guard or any militia convened for the purpose thereof – between those that were in rebellion or were in opposition to the government of Texas.  What would we think if the Mexicans decided to airlift troops, weapons and supplies into Texas?  What would we call the Mexicans?  What would our response to Mexico be?

[mocking] “Yeah, but Mike, that’s different.  That’s over here.”  No, it’s not different, not in the grand scheme of things it’s not.  It’s exactly the same.  As a matter of fact, it is materially identical.  We just cannot divest ourselves of the idea here that military intervention and the use of the military is the use of government, and it is big, lethal government.  It has the capacity and the capability to destroy private property and bring to an end human life.  That is a power, my friends, that is to be very, very cautiously, judiciously and with great humility used.

We look back in history and look at all the rotten things that happened in history and decry this person and decry that king and that tyrant and dictator for doing all these things, yet when our very own government is doing it, not only do we not decry it, we cheer and root it on and want to argue over why it ought to be done.  Do you not think that many people at the time the historical atrocities were being committed, that there weren’t patriots, those that were drunk with jingoistic patriotism that weren’t saying similar things?  Some of this has to do with the hated and despicable cut in military spending that is allegedly right around the corner.  [mocking] “If that sequester would have gone through on the fiscal cliff, our military would have been decimated and clobbered.”  Really?  Seriously?  Ron Paul, writing and posting this on his website, one of his final acts of the House of Representin’, wrote this:

While many on both sides express satisfaction that this deal [Mike: He’s talking about the fiscal cliff.] only increases taxes on the “rich,” most Americans will see more of their paycheck going to Washington because of the deal. The Tax Policy Center has estimated that 77 percent of Americans would see higher taxes because of the elimination of the payroll tax cut.

The arguments against the automatic “cuts” in military spending were particularly dishonest. Hawks on both sides warned of doom and gloom if, as the plan called for, the defense budget would have returned to 2007 levels of spending! Does anybody really believe that our defense spending was woefully inadequate just five years ago? And since 2007 we have been told that the wars in Iraq and Afghanistan are winding down. According to the Congressional Budget Office, over the next eight years military spending would increase 20 percent without the sequester and would increase 18 percent with the sequester. And this is what is called a dangerous reduction in defense spending?
Ironically, some of the members who are most vocal against tax increases and in favor of cuts to domestic spending are the biggest opponents of cutting a penny from the Pentagon budget. Over and over we were told of the hundreds of thousands of jobs that would be lost should military spending be returned to 2007 levels. Is it really healthy to think of our defense budget as a jobs program?

Mike:  That’s another thing that always amazes me.  The frauds that call themselves conservatives, that I call decepticons, will rail and wax wildly against stimulus, porkulus, succubus spending against green energy initiatives, and they’re right to do so.  When the same initiatives are done but they’re plowed into an elusive jet or they’re plowed into building yet another submarine or some other hardware for the military — or maybe just a maintenance program for previous hardware — that’s not the same thing.  No, we have to have this, have to have that.  It has been demonstrated over and over and over again.  At the beginning of the last decade, we spent 47 percent of the entire planet’s military spending.  By the end of 2011, that number had dwindled down to a mere 42 percent.  Forty-two percent of the known universe’s spending on military hardware and that’s not enough.  Back to Ron Paul:

Many of these allegedly free-market members sound more Keynesian than Paul Krugman when they praise the economic “stimulus” created by militarism. As Chris Preble of the Cato Institute wrote recently, “It’s easy to focus exclusively on the companies and individuals hurt by the cuts and forget that the taxed wealth that funded them is being employed elsewhere.”

Mike:  That is right.  That is still wealth that has been confiscated at the point of the IRS’s gun and employed into military adventures and military government spending.  It’s still a transfer of wealth.  Oh, but we want jobs in the private sector.  Do we really?  The argument could go on and on and on.  The nomination of Senator Chuck Hagel to be Secretary of Defense, he’s going to get confirmed.  AG, could you imagine any scenario under which the Republicans are actually successful in opposing the Hagel nomination?  He’s going to be confirmed.

AG:  Yeah, it sounds as if he’s going to be passed through and the fight will occur on some other issue next.

Mike:  What the real threat here is the amount of money that’s going to be spent by those that have bought favor with men like Lindsey Graham, apparently Ted Cruz, and John McCain and their ilk.  That’s what’s really at stake here.  It’s all about money, folks, it always is.

AG:  I’m all right if, after the nomination process, guys like Cruz come out against Hagel for something that he says during the hearings.  To be out in front of the story as you are three, four, five days into your run as a U.S. senator, to already be against Hagel, I find that somewhat disingenuous, that he already has a stance five days into his stance as U.S. senator.

Mike:  As I said, does that fulfill the wishes of the people of the State of Texas, continuing the warfare state indefinitely?  This is an easy one for me.  Are you people being taxed?  Is there any federal sanction under which the people of Texas can be taxed to compel a tithe to the state and existence of the country of Israel?  If you want to donate personally because you believe it is your Christian duty to do so, by all means do it.  No one is saying you shouldn’t or you can’t, but for it to be the position of the government of the United States to do so is incompatible with the First Amendment, the spirit of it, and the reason why we have a federal union. 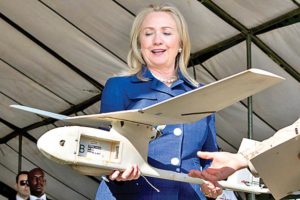