Moral Outrage Only When It’s Convenient For Your Cause

(Editor’s Note: This feature was originally Published on: May 5, 2014)

Mandeville, LA – Exclusive Transcript – “Well, let me inform you of something, Mr. Johnson.  I think what I’m about to play for you is as morally reprehensible as anything I have ever filtered through my ears on a radio airwave, anything.  I posted the definition of what you’re about to hear, surfboarding, on the Twitter feed.  Yes, there’s vulgarity in it and I apologize in advance.”  Check out today’s transcript for the rest…

Mike:  Let’s start from the beginning.  This is Kevin Johnson after the silver announcement yesterday that evil has been cleansed from this planet, evil in the form of Donald Sterling.  Listen:

We have our president of the city council here, we have civic leadership, we have civil rights organizations, we have business and labor, everybody united today. So in terms of where we are, this is a defining moment in our history. Throughout history, sports has played a pivotal role in advancing civil rights. Tommy Smith, John Carlos at the 1968 Olympics. Great leaders like Muhammad Ali, Jim Brown, Arthur Ashe, Jason Collins, and our very own Jackie Robinson. I believe that today stands as one of those great moments where sports once again transcends, where sports provides a place for fundamental change on how our country should think and act. 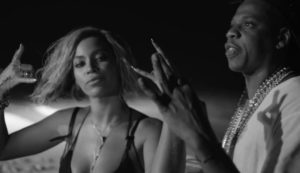 people that you disapprove of.  I’m going to leave out the distinction of disapproval.  It doesn’t matter for the argument.  Please, do not insult the intelligence of otherwise intelligent men and women.  The answer to my question is: Of course you have!  You probably did it yesterday.  You’re probably going to do it again tonight.  We’re going to alter this behavior.  You’re not allowed to call anyone out.  Do not raise a voice, do not raise a syllable, do not say a syllable, do not utter a foul word or question the company that anyone keeps ever again because there may be a tape recorder running.

[mocking] “Yeah, but Mike, he was talking about . . .”  No, no, no, you can’t have it both ways.  We’re not allowed to think these impure thoughts, and they may be impure thoughts.  That’s not for me to decide.  But this Sterling episode is how our country should think and act.  Now, if you mean to say that in the face of great iniquity, in the face of great moral degradation we should all in concert act together to stamp it out, to stop it — remember, this is for the future, too, Mr. Johnson just said.  So for the future generations, we provide a great example.  All right, Eric, that’s enough. That’s all I needed of that.  Let’s move on to Exhibit B.  Get me Beyonce.  Cue Beyonce up.  Do you have the edited or unedited?

Eric:  I don’t think there are any of the major curse words in there, but if there are, I’ll immediately stop it.  I think we’ll be okay.

Mike:  Remember now, we’re setting an example for the future because this is a moral outrage and we have to teach our citizens how to think.  This is how Americans ought to act and think.  Let me ask you 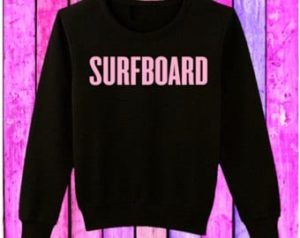 something, Mr. Johnson.  There are Americans driving around right now with eight-year-olds in their cars, seven-year-olds, ten-year-olds.  Play the edited version so this is in context.  Scrap the unedited.  I’m about to play for you standard Top 40 fare from Beyonce, Jay-Z’s girlfriend.  Remember, as citizens, we must always be vigilant.  This is a great day, he just said.  Okay, great day for what?  Great day for the triumph of morality, for how people ought to think and ought to act.

Well, let me inform you of something, Mr. Johnson.  I think what I’m about to play for you is as morally reprehensible as anything I have ever filtered through my ears on a radio airwave, anything.  I posted the definition of what you’re about to hear, surfboarding, on the Twitter feed.  Yes, there’s vulgarity in it and I apologize in advance.  I’m on the air, unable to get an edited version of the description.  I want to read it to you before you hear the song.  This is one of those urban dictionaries.  Remember, ladies and gentlemen, how we are supposed to act.

SurfBoard: Used in Beyonce’s song Drunk in Love referring to a sex position. The sex position [Mike: I don’t even want to say this, but for edification and for evidentiary purposes, I will read it and edit it as necessary] is when the male is on the bottom laying and the girl (blanks) and (blanks) him as if she was sitting on a surfboard.

[Mike: Use your fertile imaginations to imagine what that is a metaphor for.]

Serving all this, swerving, surfing all of this good, good

Here is the actual song.  Remember, in all things we must act in morally pious ways.  What is not morally reprehensible about the following?  [playing Beyonce song “Drunk in Love”]  Thanks, Eric.  That’s enough depravity for a century.  But we in our evolved state, we’ve long since moved beyond being morally outraged by that lewdness, by what used to be called licentiousness.  And boy, is it licentiousness.  And by that vanity.  Eight-year-olds, dude.

Now that you know what that song means, and I’m sure most of you already did, where is the sense of rescuing and setting the example for future generations that maybe 13-year-olds shouldn’t be surfing on that wood?  Where is it?  I don’t see anybody that’s upset over it.

As a matter of fact, saying things like this will earn you what?  Halftime shows at the Super Bowl!  Yet you have the unmitigated, unrestrained gall and audacity to stand before television cameras and a watching world and proclaim that the very public exorcism of an aged white guy who said something that was

recorded in the privacy of his home is now a great, shining, moral example of how we should all act?

Let me ask you, where’s your great, shining, moral example?  Again, if we’re going to do this, let’s do it right.  Why aren’t we calling people out that produce and promote this filth?  Of course, it’s not filth anymore; it’s pop culture, right?  I’m the fuddy-duddy, right?  I can’t wait to be attacked by some of you for this.  [mocking] “Come on, Mike, get back to bashing Obama.”  This is more important than any Obama bash will ever be, because the only reason an evil like an Obama can exist among us and can perpetrate what it does in the office of the presidency is because we are morally depraved.  We can’t even tell right from wrong.  If that’s not wrong, I’d like to know what is.  Yet there’s not a Top 40 radio station across the country that won’t play that song.  Eight-year-olds, dude.  You are free to be outraged and free to call Mr. Sterling to account for what you believe to be his despicability.  Fine.  Please be an equal-opportunity, morally-outraged individual, okay?