Mandeville, LA – Exclusive Transcript – All the episodes that I’ve seen of Duck Dynasty all include something the Robertson family is all doing together.  I would say that these people are almost like we have unearthed some Cro-Magnon men, some Neanderthals that were froze in the bayou ice and then we turned them loose in northeast Louisiana.  Someone forgot to tell the Robertsons you should be running around with iPhones stuck to your noses. Check out today’s transcript for the rest…

Evan:  I don’t even think I have a good guess for it.

Evan:  I do love Duck Dynasty.

Mike:  Everyone loves Duck Dynasty apparently.  It is the number one show by leaps and bounds.  Folks, it’s not even close.  This is embarrassing.  Duck Dynasty on the A&E network, 10 p.m. Eastern, 10,700,000 viewers.  An average rating of 4.5, coming in at number two — I actually watched some of this show last night.  I shouldn’t say I watched it.  It was playing in the background.  Modern Dads, from what I gather, is the story of men who have surrendered their jewels to their wives and are now the wives.  I didn’t watch the whole thing.  Maybe that’s unfair, but that’s what I gathered from it.  One guy was on, [mocking] “Am I happy about this?  No, I’m not happy about this!”  At least there was one guy that was honest about it, as men continue to fight to be men, and as boys continue to be told that they cannot be boys.  Duck Dynasty is a bunch of guys with long beards, the Robertson family.  You know what I bought Mrs. Church for her birthday?  She’s a big fan of Duck Dynasty.  I got her a Willie bobblehead.  Who’s your favorite Robertson?

Evan:  I like the brother Jase the best.  I don’t know why, maybe because he fires up Willie so often.  He’s always starting to cause some trouble.  Plus it’s hard not to like Si.

Mike:  The other brother fires him up, too, the un-bearded brother, the one they call the freak.  Here comes the black sheep of the family.  Of course, if you’re thinking sheep, you’re thinking wool.  The only one that doesn’t have any wool on his face is the one that’s the black sheep.  Anyway, is there a message here?  Duck Dynasty is number one.  It has three times the viewing audience of Modern Dads.  Number two is Modern Dads.  Numbers three and four, for the shows that ran this week, are re-runs, I assume, of Family Guy, Seth MacFarlane’s Family Guy, which has one-third the audience that Duck Dynasty does.

Mike Church Show Transcript – Are Cruz, Rubio Or Obama Eligible To Be President?

Is there a message here?  What are the nuts and bolts of Duck Dynasty?  It’s set in northeast Louisiana, right outside of Monroe, Louisiana here in the Bayou State.  It is a tale of a family that is not beset with Kardashian-style divorce, illicit sex.  There are no angry housewives from New Jersey screaming and hollering and turning tables upside down.  There are prayers before meals.  They end every show with a prayer.  Phil Robertson was in Philadelphia a few days ago giving speeches about how pro-life he is and how he carries a Bible around with him.  It is a family-run business which engages in making things that help hunters shoot ducks.  All the episodes that I’ve seen of Duck Dynasty all include something the Robertson family is all doing together.  I would say that these people are almost like we have unearthed some Cro-Magnon men, some Neanderthals that were froze in the bayou ice and then we turned them loose in northeast Louisiana.  Someone forgot to tell the Robertsons you should be running around with iPhones stuck to your noses.  You can fill the list in.  Why aren’t you doing this?  Why aren’t you doing that?  Why aren’t you guys out there shopping for new sports cars with all your money?  I guess the upshot is that this is the Beverly Hillbillies with actual hillbillies…..

The fact that it’s “reality TV,” it’s not just reality TV.  It’s a snapshot of American life or republican life, dare I say, and the way it used to be lived.  These guys are all active.  Did you see the episode where they had this big order to fill?  They were stressing out.  There was no way they were going to be able to fill this big order.  All the family members and friends, they all showed up at the factory and chipped in and made the deadline and got the order out the door.  They didn’t call Obama.  They didn’t call their member of Congress.  They didn’t call Bobby Jindal.  They reached out to their community.

In other words, the things that are on Duck Dynasty, maybe the reason it’s so popular is people look at it — besides the fact that the Robertsons are hysterical.  Just in conversation, this is a family that lives to laugh and laughs to live.  Maybe there is some button or some brain matter that is inside most people’s noggins, and when they see something like this, that part of the brain is activated and releases the chemicals necessary to go: Oh, that’s not bad.  These guys don’t live in a high rise.  They’re not in a city.  Wait a minute, they’re not telling tales of how and who got divorced.  Their children all still live with their parents.  Will there now be spinoffs?  Will the networks now follow and go: Maybe if we have some real-life Robertsons over here instead of the real-life Kardashians and gay dads and what have you, maybe we’d have better success.

How ironic would this be?  I’m going to quote Robert Downey, Jr. from the second Sherlock Holmes movie, “Watson, we are so overt we’re covert.”  By virtue of the fact that they are covertly doing what it is that comes natural to them, which is being God-fearing, community-participating-in members of an intact family, maybe, just maybe there is hope.  This may be something that makes people, as I said some little buzzers go off in their brain.  As I said, and as all of you know that are fans of the show, the Robertsons are hysterical.  Did you see the episode when they went to Hawaii?  They were trying to try out the Segues.  They put these people in situations that are relatable, I think.  It’s unscripted in a hysterical manner.  There’s an awful lot to like and not an awful lot to criticize.

I just wonder, how long do the Robertsons get away with this, with undermining the East Coast: Everyone must live as we want them to live.  You’re not allowed to be happy unless you live in one of our cities, in one of our gleaming high-rises, or one of our developed suburban enclaves.  You are not allowed to have more than 2.1 children in your household.  You’re not allowed to have that stuff on your face, either.  And camo gear, no way.  We only buy food from people that wear camo gear.  We don’t actually show the people in the camo gear getting the food.  And all this business with you Robertsons praying together, that cannot continue.  How long before the powers-that-be descend on Monroe, Louisiana and go, [mocking] “We’ve gotta find something on these guys.  We’ve got to do something to stop this before people really start enjoying it.”  What if Duck Dynasty the movie comes out soon?  How are they going to stop that?

You know the part that tickles me about this is they are also unabashedly country folk.  [mocking] “I don’t know what y’all are doin’ over there, but I’m getting’ in the boat and I’m goin’ fishin’.  Willie, ya comin’?”  Good stuff here from the most unexpected quarter — when you say, [mocking] “Mike, what are we supposed to do about it?  How are we gonna fix our government?  How are we gonna fix Congress?  How’re we gonna stop this?  How’re we gonna stop the spying?”  One of the answers I try to provide on a regular and ongoing basis is maybe it is the culture and the collective mass of immorality that people are besought with today and that the political class and the business class are drawn from that is the real issue.  If you don’t have willing participants in the levers of power and in the machinations of the State, if you don’t have people that go: I don’t have any hang-up about spying on people — think of it this way.

What is the moral mindset behind your average NSA creep that allegedly took an oath to the Constitution and is not of the cloth that Edward Snowden is cut from?  Much was made about Snowden saying: I just saw things happening that shouldn’t happen.  That means that his conscience was bothering him.  That means that somewhere he was going: This is just not right.  I know the government is doing it, but that’s not right.  We have this notion or idea that government can do things to us that’s not right because they’re government.  Is that really why you have government?  Do you not want to lock up thieves, rapists, and murderers?  I think we all do. 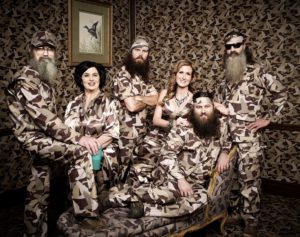