Mandeville, LA – Exclusive Transcript – Let me ask you people a question.  Do you think, if the American sheeple actually had to make a decision on whether or not to pass this current spending debt and deficit onto the heads of their children and had a chance to actually go into the ballot box and vote on it in November that they would choose A, austerity and frugality, or B, let the spending games being?  You’d think it would be an easy answer with all these “conservatives” running around, milling about Mordor on the Potomac River.  Check out today’s transcript for more…

. . . shutdown from the fall campaign season, as fiscal conservatives who swept into office after the 2010 midterm elections on promises to battle for lower spending at every turn showed a new willingness to pick their fights as they see a big win in November.  Under an agreement announced by John Boehner and Senate Majority Leader Harry Reid, Congress would agree to fund the government for six months when the current fiscal year ends on Sept. 30, setting agency spending for the year at $1.047 trillion, as agreed to in last summer’s debt deal.  It is just above this year’s level of $1.043 trillion.  [Mike: We’re not going to fret, though, over a measly $300 million now, are we?]  The deal would ensure that the government would keep operating without fuss, a once-routine action that has become far more difficult amid Congress’s gridlock.  The quick resolution demonstrated that neither party wants a major budget showdown weeks before the November election.

Mike:  Why not?  Let me ask you people a question.  Send me an email, a Tweet.  Do you think, if the American sheeple actually had to make a decision on whether or not to pass this current spending debt and deficit onto the heads of their children and had a chance to actually go into the ballot box and vote on it in November that they would choose A, austerity and frugality, or B, let the spending games being?

AG:  It should be an easy answer, right?

Mike:  You’d think it would be an easy answer with all these “conservatives” running around, milling about Mordor on the Potomac River.  Haven’t we been told that these guys were going to get to the business of cutting the spending?  This is the other part of it.  Let’s cut to part B of the problem.  What Boehner and Cantor and GOP decepticons extraordinaire in power are basically saying is that they know that there is not enough support, there are not enough votes or voters to actually put money where overloaded [mocking] “I want my Constitution back” mouth is.  They have little or no confidence whatsoever that you Tea Partiers are actually going to march off to the ballot in November, swell your ranks to such a number, overwhelm the opposition and vote in the affirmative for the government shutdown.

This is the other part of it that I love, how the industrial news complex gets away with framing this.  It would not be a government shutdown.  It would simply be the federal government operating on the revenue that it currently has.  That’s not a shutdown.  You see the distinction I’m making?  No one is saying that you just can’t go and spend the $2.2 trillion that you are getting.  What you would be saying is no, you can’t borrow another $1.3 trillion.  That’s not a shutdown; that’s a diet.  Why can’t a member of the House of Representin’ make the argument that I just made, make it with conviction, make it every single day twixt now and November 5th and put the damn thing on the ballot box?

AG:  Is the problem that — we have bad unemployment numbers right now.  GDP is not growing at a good rate, to say the least.  You and I talk about this a lot off the air and on the air in terms of do we feel the real-world impact of the deficit increasing?  I guess the question is, is there a tangible difference in increasing the difference x amount?  Until there is a tangible, physical consequence of doing that, don’t we all just go along to get along where the idea of averting a shutdown ultimately sounds better since we don’t feel the pain of increasing the deficit?

Mike:  You’re correct.  You sure you don’t want to guest host when I’m out next time?

AG:  I’d love to, but Tom and JD and everyone else does a great job.

Mike:  Maybe you could just do the first hour for them.  JD has to get up at two o’clock in the morning.

Mike:  Let’s go over what you just said.  By the way, audience, I agree with what he just said.  What he just said, if I understood him correctly, is that it is politically painful to actually cut the spending because you see it immediately in unemployment benefits and all other forms of federal largesse, which are not really forms of largesse.  This is generational theft, but he’s right.  No one wants to see the spigot cut off because, quite frankly, most of you and your neighbors — let me retract the most of you.  A few of you, but all of your neighbors that don’t listen to this radio program, are enjoying the spending party.  They don’t see any problem with it.

Here’s where the moral component comes in.  This would be the same thing as saying that grandparents and aunts and uncles and well-wishers and other family members throughout your entire life of your 12-year-old twin daughters or sons have been contributing thousands of dollars to this thing that you’re calling a college fund.  Instead of giving birthday gifts that the child may not use or may just use for a couple weeks, a day, maybe even six months or so, you give something more lasting.  I remember when I was a kid, my grandparents used to give us savings bonds.  Take the savings bond, put it in your savings account or in a lockbox.  On the day that you could cash it in, you get it plus interest.  Let’s just say this has been happening since your twin daughters or sons had been born and now they’re 12 years old.  There is a boatload of twin daughters college education money, to coin the phrase from Justice Elena Kagan, boatloads of college education money.

If you began taking, say you have power of attorney over the funds and things weren’t going so well for you in your business life or in your career and you started to say, “Nobody’s looking at these accounts.  Nobody’s going to know.  I can borrow.  I can take $500 a month out of that account, stick it in the old checking account and we’re eating rib-eye and filet and living the highfalutinest life, just like we were before the downturn.”  Here’s the point, if you haven’t picked up on it already: your daughters are not immediately going to miss that money, are they?  They’re not going to college.  There are six years twixt them and college.  They’re not immediately going to miss the money because they don’t need to spend it.

Does that make the crime of you spending their money any less of a moral sin, any less of a theft?  If you answer, “Mike, of course that’s theft, of course you’re committing a moral sin,” I’d say a moral atrocity against your own children, aren’t you doing the same thing with federal deficit spending?  It’s the exact same thing.  There is no difference in what I just described other than that the general gubbmint has issued the rules and regulations describing how the money was to be collected.  It wasn’t donated by the parents.  Hell, the fact that it’s donated makes it even worse.  So why should you do it?  You mean to tell me that there’s no politician out there that can explain what I just explained in two minutes on the campaign trail and make the case that we need to stop doing this?  Not slow it down, we need to stop it. 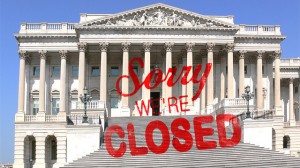