Mandeville LA – Remember the famous Newsweek cover “We’re All Socialists Now”. Well, I would like to propose a NWAT headline many of you will enjoy and commit to memory “We’re All Russians Now.” Why Russians? Well the Russians, God bless ‘em, had the foresight to do what Louisiana voters have failed to do for 12 years: banish Mary Landrieu. Landrieu was placed on Russia’s answer to The United State’s ridiculous sanctions placed on 12 individuals. 7 Americans will be banned from traveling inside Russia and will have their Russian bank accounts frozen as well. There’s just one problem with Landrieu being banned from Siberia: she belongs there and I can think of a couple hundred billion reasons why. But I won’t bore you with the latest details of the growing tragedy that is ObamaCare.

In other Landrieu news, political action groups have started running their “attack ads” against her. One group has pledged $700,000 to remind Louisiana citizens of the second Louisiana Purchase, the deciding ObamaCare vote that Landrieu cast in exchange for a few more years of post- Katrina Medicaid bailouts. 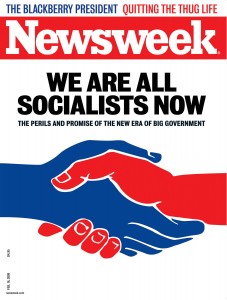 Come to think of it, with the billions of dollars Landrieu has hurled at Medicaid, the American version of socialized medicine, the Russians may want to reconsider their ban and grant her a seat in their parliament. Indeed, Landrieu’s predictable response to the ObamCare ad was to attack governor Jindal for refusing to accept “free” Medicaid money which will “insure 250,000 Louisianans.”

But folks, even the Russians know that borrowed and printed money is not “free”. Their national debt is a meager 12% of their meager economy while the U.S. debt, which Senator Landrieu has had a vote on for 12 years, is a whopping 120% of our GDP.

Hmmmm, upon further review, maybe we’re not “All Russians Now”, they had the good sense to ban Mary Landrieu from their country, what’s our excuse?