Mandeville, LA – Exclusive Transcript – “I don’t know if you saw any of the footage from the service, but it was a who’s who smorgasbord of the criminal elite. You had the largest assemblage of criminal minds maybe in the history of the earth.  They who have dreamed up these  grandest and greatest wealth redistribution schemes in the history of the known universe.”  Check out today’s transcript for the rest…

What do tea party aligned Texas Sen. Ted Cruz and Democratic Rep. Jim McDermott of Washington State [Mike: Boy, McDermott is a piece of work.] have in common?

Not a whole lot. But they are traveling to South Africa together to attend Nelson Mandela’s memorial service.

Mike:  I don’t know if you saw any of the footage from the service, but it was a who’s who smorgasbord of the criminal elite.  Folks, you know what you had there yesterday, maybe with the exception of the rock stars that were there?  You had the largest assemblage of criminal minds maybe in the history of the earth.  You had all these criminal minds that have dreamed up these central banking schemes, all these criminal minds that have dreamed up the expansions of the various states, and all these criminal minds that continue to dream up and see to it that the grandest and greatest wealth redistribution schemes in the history of the known universe continue without interruption.  They were all on television, all on international television.  Did you see Bill Clinton and Chelsea?  It was Bubba and Hillary and Chelsea.  Boy, Bill looked like he was having a good time, didn’t he?  [mocking Clinton] “Oh, man, I love a good show, I really do.  These Africans, man, they put on a good show.  I always like coming over here.  I don’t like coming over here with Hillary so much, but I guess I can suffer through it.  Hey, guys, can we ditch you a little bit before we head back over to the airport?”

Cruz’s office did not indicate the freshman Senator has any connection to Mandela, but Cruz said in a statement that he was “honored” to be able to attend the event.

Mike:  Folks, we have such lavish amounts of cash laying around, the American imperial government, and it really is just an imperial government, we can just fly any member of our legislative delegation anywhere on Earth at the drop of a pin and not worry about the cost.  Do you believe for a second that McDermott and Cruz and the rest of them, that they paid for their own trip?  I’m waiting to hear the news on that.

Eric:  They did not.  It was a taxpayer-funded trip.

Cruz is the only senator on the taxpayer-funded trip. He is with 22 members of Congress, mostly from the Congressional Black Caucus . . .

Mike:  For what congressional purpose?  For what purpose does a delegation of 22 members of the House of Representin’ and the United States Senate go to South Africa to attend a memorial service that was basically a free concert?  Did you see anybody mourning there?

Eric:  I did not.  It looked like a lot of — obviously it’s part of the South African culture to celebrate the life at somebody’s memorial like that, but I highly, highly doubt that Ted Cruz has a significant amount of constituents that cared he was there.  They weren’t asking him to go.  That’s who he’s supposed to represent, his constituents.

Mike:  I’m sure the members from the House of Representin’ did.  Still, what is the purpose, for what purpose?  There’s nothing in governance that’s at stake here.  If they want to travel and book their own plane and pay for it, fine, have at it.  This is how excessive this is.  This is how our kings and queens and their artisans and aristocratic courtiers, this is how they view themselves.  They want to go to South Africa for a concert called a memorial service, fine.  [mocking] “Look, we’ve got so much money laying around.  Even if we don’t have enough money laying around, we’ll get Bernyankme to print it.  We’re not worried about this.”  This, in the middle of denying pension contributions to members of active military service, but there’s dough lying around to fund air travel and whatever else goes into getting members of Congress and the U.S. Senate to Mandela’s memorial service. 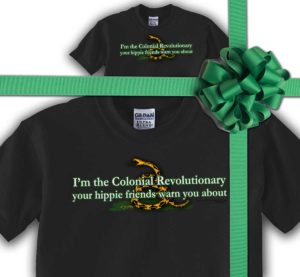 I won’t even get into why I don’t think anyone representing people who purport and claim to be free ought to be celebrating the life and times of one Nelson Mandela.  You can read about that yourselves.  As a matter of fact, you can watch the video, the Church Doctrine commentary I made about this yesterday.  There are some that have picked up on this. As I pointed out in my video, and I’ll reiterate this, if Newt Gingrich and the rest of the boys, if they want to make all these public displays of affection and claim Nelson Mandela, when he got out of prison he was reformed and a great officer of peace, [mocking] “Come on, man, he won the Nobel Peace Prize.”  So did Obama!  As Anthony Gregory pointed out yesterday, the president has bombed indiscriminately at least six countries that we know of with no declarations of war.  There has been loss of life, collateral damage, and they gave him a peace award?  That says so much for the Nobel committee, doesn’t it?  If Gingrich and company want to do that, that’s fine.  Do not drag my and your founding fathers into it, which Gingrich tried to do.

Gingrich knew that someone like me was going to go: Dude, have you ever watched any of these videos?  For example, Eric, I’ll just tell you this because somebody around the hall says, [mocking] “Why is your host bashing Mandela?  He needs to get with the rest of the world here.  He’s a Southerner.  Is he one of those?”  No, he’s not.  I watched this video, and it’s not even hard to find.  I watched the video of Mandela from 1992 at some organized meeting of the group that is the enforcement arm of the African National Congress.  They were gathered in some public place and they were singing their anthem song, which has everything to do with killing white people.  They sing it in, I don’t know what the language is, but there are subtitles that flow on the bottom of the screen.  You can watch this video for yourself.  I’m watching the subtitles scroll across the screen, then watching Mandela do the power fist and raise it in the air.  Does anyone perform any due diligence anymore?  I mean, seriously, folks!

So 23 members of United States Congress and the Senate were jetted over to this memorial service at your and my expense.  I wonder how many of us as pedestrian peasants would be able to have our trips to long, lost friends’ funerals in faraway places funded and paid for by our city councils.  Hey, man, you should fly me to Joe Smith’s memorial service.  You know why?  He was a good guy.  That guy, he pledged allegiance a couple times on video.  I saw it.  He was a good guy.  I need to go there and support that guy, and you need to pay for it.  It’s just part of the corrupt oligarchy that we are allegedly governed by.  Are these people even capable of governing?