Mandeville, LA – Exclusive Audio and Transcript – One of Mike’s callers thinks Romney should appoint Ron Paul to oversee the destruction of the Fed, but what he forgets is that Ron Paul is not a Romneybot.  He’s not a GOP “we can do a better job of running leviathan than the Dumbocrats can do.”  Why would you think he’d be useful anywhere?  He’d just be off in the corner bitching all the time, just like he does now, pointing out things that ought to be obvious to sentient beings who have freaking brains and can read history.  Why would you want that kind of guy around, always caterwauling and pointing out all of your mistakes and errors? Check out this clip and transcript from Friday’s show for more…

Caller:  Just a quick comment and then a question for you.  I was at the eye doctor in Tampa yesterday and the room was filled with senior citizens watching Obama’s speech.  The disgust was palpable and people were commenting openly, which I haven’t ever witnessed before, and it really felt good.  At any rate, I did vote for Dr. Paul in the primary.  I love Dr. Paul, but I love conservatism even more.  Hopefully Romney will beat Obama, I hope so.  The alternative is not good.  I wanted to get your opinion on, if Mitt is elected, where could he use Dr. Paul for the best and greatest advantage?

Mike:  Well, if he wanted to use him to the best and greatest advantage, he’d make him vice president.

Caller:  Yes, sir, but I don’t think that’s going to happen.  He’ll probably pick a decepticon for that position.

Mike:  Why would you think Governor Romney would want to use Ron Paul to his best advantage?  Ron Paul is not a Romneybot.  He’s not a GOP “we can do a better job of running leviathan than the Dumbocrats can do.”  Why would you think he’d be useful anywhere?  He’d just be off in the corner bitching all the time, just like he does now, pointing out things that ought to be obvious to sentient beings who have freaking brains and can read history.  Why would you want that kind of guy around, always caterwauling and pointing out all of your mistakes and errors?

Caller:  I was thinking maybe at the Fed.

Caller:  He could oversee its destruction hopefully.  I just feel like Romney would do himself a world of good to move Dr. Paul into the forefront.

Mike:  He would.  I think as close as you’re going to get is what you’ve already gotten, which is, [mocking] “We like Rand.  We’re a Rand-like people,” say the Romney people.  “We’re glad to have Senator Paul’s support and look forward to having him campaign with us.  Now shut up and vote for me.”  Thanks for the phone call.  Some people don’t take the red pill seriously, AG.  They look for every excuse you can manufacture for why you don’t want to go back to Jefferson.  Just admit it.

Don’t call me up and ask me questions when what you’re really asking me is, [mocking] “Mike, I really don’t want to go back to Jefferson.  I like unemployment.  I like workman’s comp.  I like knowing the EPA is out there.  I like knowing we’ve got the biggest, most bad ass military in the history of the planet that will squash a bug that moves anywhere on the known universe.  I like that.  I don’t agree with you.  Jefferson sucked.  He was an idiot.  Nobody wants to go back to your stupid, silly little 19th Century agrarian lifestyle.  We hate it.  We love Con Agra. We love subsidies.  We don’t want that.  We don’t want freedom.  That sucks.  Freedom is difficult.  You and your Ron Paul buddies need to shut up about it.  Give it up already.  We like being serfs.  Hayek was an imbecile.  It should have been called not The Road to Serfdom.  Hayek should have called his book The Road to Paradise.”

Yet they persist.  They persist.  You people, some of you are demented.  You’re really sick, sad.  You will not admit, you just can’t admit, that your precious U.S. federal government and your chants of USA, USA, that in most instances, are a pox on humanity.  This government is as big, as confiscatory, as ignorant of people’s liberties, and as destructive as almost any that has ever existed.  They’re nice about it, though.  Yes, they allow you the mirage of freedom.  You can move about and do this, that and the other.  All the while, you’re conscripting the next generation in the repayment of debt that they had no hand in creating.  We’re a wonderful people.

You have the audacity and unmitigated gall to really just continue to delude yourself that, [mocking] “Yes, there is a way we can manage this.  We can do it better than the Soviets.  We are far superior to the Cubans when it comes to big government.  We can do this.  We’re Americans, dammit.  You and your little band of Jeffersonian nut jobs, you just need to go off and form your own little country and leave the rest of us big government Romney-types alone.  We’re sick and tired of hearing about your little paradise where men get to keep all the fruits of their own labor, and those that don’t create them are either cared for by Christian charity or they’re not cared for at all.  Some men just want to see the world burn.  Mr. Church, you’re one of those men.  You just want to see the world burn.  You don’t see government as the solution.  You need to read more E.J. Dionne.”

Seriously, that’s what some of you say.  When you call with a question like that, not to be disrespectful to the caller, but that’s what you’re really asking me, is don’t tell me how I can get back to being a free citizen and experience a Republican form of government.  Tell me how we can fix this current canker sore and live with it. 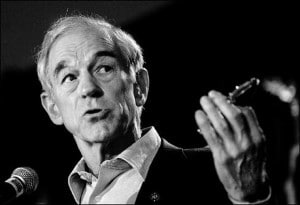