Mandeville, LA – Exclusive Transcript – Speaker of the House John Boehner and company plan to begin dealing with this this week.  There are a couple plans out there.  I love how the National Journal story frames this today.  [mocking] “They’re going to begin their deliberation with the far right-wing plan of Paul Ryan.”  The far right-wing plan of Paul Ryan, you mean the one that adds trillions of dollars of new debt on top of the mountain which is 15 Everests high that already exist?  That’s the far-right plan?  I shudder to see the far-left plan.  Check out today’s transcript for the rest…

Mike:  We will find out in the next month or so just how serious some are to deal with the debt ceiling without expanding — we’ll find out how serious their commitment to not raising the debt ceiling.  I don’t see any way under the sun that it’s not going to be raised.  I think that everyone in Congress or everyone that follows Congress knows that there is not enough money in the federal till that’s been printed just yet to cover the shortfall twixt now and the end of the year.  That money is going to run out sometime in the next 30 days or so.  They’re going to have to raise the debt ceiling.

What I find absolutely amazing — and I know that the word or the adverb amazing is overused and abused.  I guess I could say what I find bewildering is even though every human being alive that has a news connection of any sort knows the unbelievable financial straits, poor financial straits, that the people organized under the style of the Constitution of the United States in which they find themselves right now.  There’s no disagreement on just how bad it is.

What there seems to be disagreement — or as my friend Kevin Gutzman says, there are two great forces in American politics, the forces of apathy and inertia.  We have too much of the former and not enough of the latter.  What is amazing or bewildering to watch is that there is little or no effort to actually do something about this.  When I say do something about it, I mean stop the practice, stop it.  Don’t talk about it.  Don’t fantasize about it.  Don’t essay about it.  Do it.  There doesn’t seem to be an appetite for this.  After all, just imagine all the things that would be laid to waste.  Just imagine all our wars and war machine that would be laid to waste.  Just imagine all the outreach of our magisterial federal government that would be laid to waste.  We wouldn’t be able to do it anymore.  We’d be a third-world banana republic.  We already are a third-world banana republic financially speaking.  Maybe the first step to actually solving a problem is admitting that you have a problem…

Nonetheless, Speaker of the House John Boehner and company plan to begin dealing with this this week.  There are a couple plans out there.  I love how the National Journal story frames this today.  [mocking] “They’re going to begin their deliberation with the far right-wing plan of Paul Ryan.”  The far right-wing plan of Paul Ryan, you mean the one that adds trillions of dollars of new debt on top of the mountain which is 15 Everests high that already exist?  That’s the far-right plan?  I shudder to see the far-left plan.  What, are we building a space bridge to the Andromeda Galaxy with money, with dollar bills printed by Ben Bernyankme?  For heaven’s sake!  Where are those voices of reason?  It’s insanity on this.  The story goes:

With an anxious eye toward the coming debt ceiling negotiations, House Republicans are drafting what members call a “menu” of mandatory spending cuts to offer the White House in exchange for raising the country’s borrowing limit.

Mike:  Shouldn’t the conservative members, if there are any such entities or individuals out there, shouldn’t the conservative members be proposing things to the president and to the senate that will negate the need for increasing borrowing limits?  If we all agree — I don’t think there’s any disagreement — that racking up debt in your personal life that you probably have no ability to pay back is not a good idea, why is it a good idea if the government does it?  It’s one of the great unsolved enigmas of our modern arrogant existence, don’t you think?  Back to the story:

This menu is more a matrix of politically fraught options for the Obama administration to consider: Go small on cuts and get a short extension of the debt ceiling. Go big–by agreeing to privatize Social Security, for example–and get a deal that will raise the ceiling for the rest of President Obama’s term.

Mike:  There’s not going to be any deal on privatizing Social Security.  You’ll never get that through the United States Senate.  There are too many citizens of libtardia who are too married and wedded to the concept of Social Security to ever let that one fall.  I would hazard a guess and I would propose that Social Security would be the inoculation or the treatment-proof disease or malady that afflicts the federal leviathan, not to say that it’s the only one because it certainly is not, and not to even say that it’s the biggest one, because I don’t think that it is.  It will be the one that will resist all attempts at repair or reform simply because the stakes are too high, there are too many trillions of dollars that are to be spent or have been scheduled to be spent and too many careers and people’s aspirations and ambitions that rely on those funds to have been spent.  Not only that, the political leverage that Social Security carries with it.

I’ll throw you out one sliver of light.  You’re in this tunnel called the Social Security Tunnel.  All the way down at the other end of the tunnel, I mean way, way, way down there, you need binoculars to see this, way down there is a little teeny glimmer of light.  Do you see it?  [mocking] “Mike, I don’t know if I see it.  Wait, I might see it.”  See it way over there?  Keep looking.  Squint your eyes, lad.  See it way down there?  You know what that is?  It’s called America’s youth.  That’s a little, tiny sliver of light.  It’s barely been turned on, maybe glowing just a little bit because the light hasn’t been fully juiced yet.  If the youths of this country were to revolt against this, then there would be enough political clout to actually do something.  When I say revolt, I mean: yeah, we don’t want anything to do with your little SSA system.  I am fully prepared and comfortable with preparing and saving for my own rainy day, retirement fund.  I don’t mind kicking in a percent or two to make sure my grandma’s payments are made.  Yeah, I’ll do that, but don’t run that program for me.

It’s the youths that have the numbers in this as well.  It’s the youths that are the ones that are the latest contributors in the Ponzi scheme.  Without AG and young Evan’s generation kicking in for the next 35, 40 years as they work their way into their quasi-retirement, without you guys’ generation, there aren’t enough funds out there.  There’s not enough money on Earth to fund this thing.  If your generation were to revolt — my generation has already decided: We’re too old, fat and lazy to do anything about this.  If your generation were to revolt, there are enough and there is enough political clout there, I think, that something could actually be done about it.  What do you think the chances of your generation revolting against the future of Social Security are?

Mike:  No hesitation, just zero.  You have contemplated it, though, haven’t you?

AG:  I could see a higher percentage than zero revolting against the tax system as it is.  I don’t think solely the Social Security aspect of it is enough to – it’s almost too specific to revolt against.  I’m in favor of a flat tax, so anything that’s not a flat tax I would revolt against.  I almost think it’s too minute of a particular detail to cause any kind of revolt.

Mike:  What about the other 850-pound elephant in the room, Obamacare?  You guys, your generation, people that are young are going to be forced to buy insurance that they probably don’t need.  Scratch that, that they don’t need.  That’s what Ross Douthat’s column in the New York Slimes was about yesterday, about how young people are the ones — of course they were told that this was all for them and on their behalf.  When and if ever Obamacare is fully implemented, its young people, who by and large are pretty healthy, are going to be forced to buy insurance plans that they otherwise probably would not buy, that’s a huge one.  As a matter of fact, you’re probably better off just paying the $1500 rather than having to buy a health insurance plan. 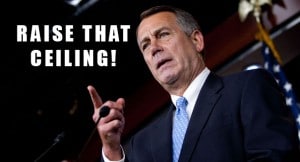