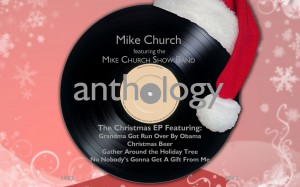 Mandeville, LA – Exclusive Transcript – “ ‘Would Someone Just Shut That Pope Up?’ by Patrick J. Deneen, who is a professor at the formerly-Catholic Notre Dame University — [mocking] ‘Mike, why do you say formerly-Catholic?’ Are they really Catholic when you invite the world’s greatest pro-abortionist to be your commencement speaker, speaking of President Obama, 2010?  Look it up.”  Check out today’s transcript for the rest…

Mike:  “Would Someone Just Shut That Pope Up?” by Patrick J. Deneen, who is a professor at the formerly-Catholic Notre Dame University — [mocking] “Mike, why do you say formerly-Catholic?”  Are they really Catholic when you invite the world’s greatest pro-abortionist to be your commencement speaker, speaking of President Obama, 2010?  Look it up.

Since the release of Evangelii Gaudium [Mike: Which is, I believe, the gospel of joy.] there have been countless articles and commentary about the economic portions of Pope Francis’s Apostolic Exhortation. Some of the commentary has been downright bizarre, such as Rush Limbaugh denouncing the Pope as a Marxist, or Stuart Varney accusing Francis of being a neo-socialist. American conservatives grumbled but dutifully denounced a distorting media when Pope Francis seemed to go wobbly on homosexuality, but his criticisms of capitalism have crossed the line, and we now see the Pope being criticized and even denounced from nearly every rightward-leaning media pulpit in the land.

Not far below the surface of many of these critiques one hears the following refrain: why can’t the Pope just go back to talking about abortion? Why can’t we return the good old days of Pope John Paul II or Benedict XVI and talk 24/7/365 about sex? Why doesn’t Francis have the decency to limit himself to talking about Jesus and gays, while avoiding the rudeness of discussing economics in mixed company, an issue about which he has no expertise or competence?

There are subtle and brash versions of this plea. [Mike: Deneen lists some of them.]

These commentators all but come and out say: we embrace Catholic teaching when it concerns itself with “faith and morals”—when it denounces abortion, opposes gay marriage, and urges personal charity. This is the Catholicism that has been acceptable in polite conversation. This is a stripped-down Catholicism that doesn’t challenge fundamental articles of economic faith.

And it turns out that this version of Catholicism is a useful tool. It is precisely this portion of Catholicism that is acceptable to those who control the right narrative because it doesn’t truly endanger what’s most important to those who steer the Republic: maintaining an economic system premised upon limitless extraction, fostering of endless desires, and creating a widening gap between winners and losers that is papered over by mantras about favoring equality of opportunity.

Mike:  I don’t know that much about Patrick Deneen.  I do know that my buddy Stephen Klugewicz, whose opinion on these matters I value very highly, speaks very highly of Mr. Deneen.  If you read the rest of this post, I think it was in Monday’s Pile of Prep.  You can read the rest of Deneen’s argument.  This is something that is near and dear to my heart because I talk about it frequently.  As a matter of fact, if Marty the cop is out there listening, you and John Zmirak will be delighted to know that I dragged a pair of books out of the warehouse.  My book collection is now like a warehouse.  My wife is nagging me: You need to get rid of some of those books.  I say: Surrender one of the greatest-building private libraries in the State of Louisiana?  Are you nuts?  I have books stacked everywhere.

The two books I dragged out were Zmirak’s biography of the great Wilhelm Roepke, which is a marvelous read.  I suggest, if you want to learn about Austrian economics through the lens of Catholicism or even just Christianity, get Zmirak’s book.  It’s a good biography of Roepke.  He goes into the post-World War II period where Roepke was relied upon as an Austrian that would present a viable plan for the German people to get back to being economically independent without national socialism.

The other book — and Marty, thank you for the gift copy of this.  People send me books all the time.  Marty the cop sent me a copy of Roepke’s Humane Economy.  If you want to practice capitalism or a financial system that has human nature and human charity as part of it, and also recognizes that there is no moral factor, no moral component in raw capitalism, then you need to read Wilhelm Roepke.  He’s not like Mises and some of the other great Austrian thinkers — not that there’s anything wrong with Mises.  Get your hand off the hate mail button.

Wilhelm Roepke sees the free exchange of goods and services as a good thing but to a point.  The point that Roepke recognizes, because he is a devout Catholic, is that the fostering of desire and that all desire must be centered around the monetary exchange for a good or service is incompatible with a devotion to the divine.  You can’t have them both.  [mocking] “Well, I’m kind of like that, then I’m kind of devout.”  No, you can’t be.  Believe me, folks, I wrestle with this myself all the time and I bet a lot of you do, too.  In your journey, as you and I journey together, it is something that we all have to confront and face in this world that is just centered around and almost a vulgar — it’s not almost, it is, it is a vulgar display of materialism and commercial desire.  It’s well worth reading.

If you read the rest of Patrick Deneen’s essay “Would Someone Just Shut That Pope Up?”, who is now the Man of the Year according to Time Magazine, Deneen gets into this briefly.  I don’t think he mentions Roepke.  In any event, Deneen hits the right points on this.  A further exploration of it and a good read is either John Zmirak’s bio of Wilhelm Roepke, or Wilhelm Roepke’s book Humane Economy, which had to be translated.  I believe it was written in German.  Anytime you get a book that’s translated, you don’t get the — you get what the translator believes the author is trying to convey.  In any event, it’s interesting, I think.  That is quite a development.  Why would Time Magazine make Francis the Man of the Year?  Probably because they think that Francis is some kind of an anti-Catholic mole that has been sent inside the church to bring it down, and if they promote him, they can exacerbate or accelerate the end of the Church.  [mocking] “Come on, Mike, you’re being really cynical.”  Well, you gotta call it the way you see it.