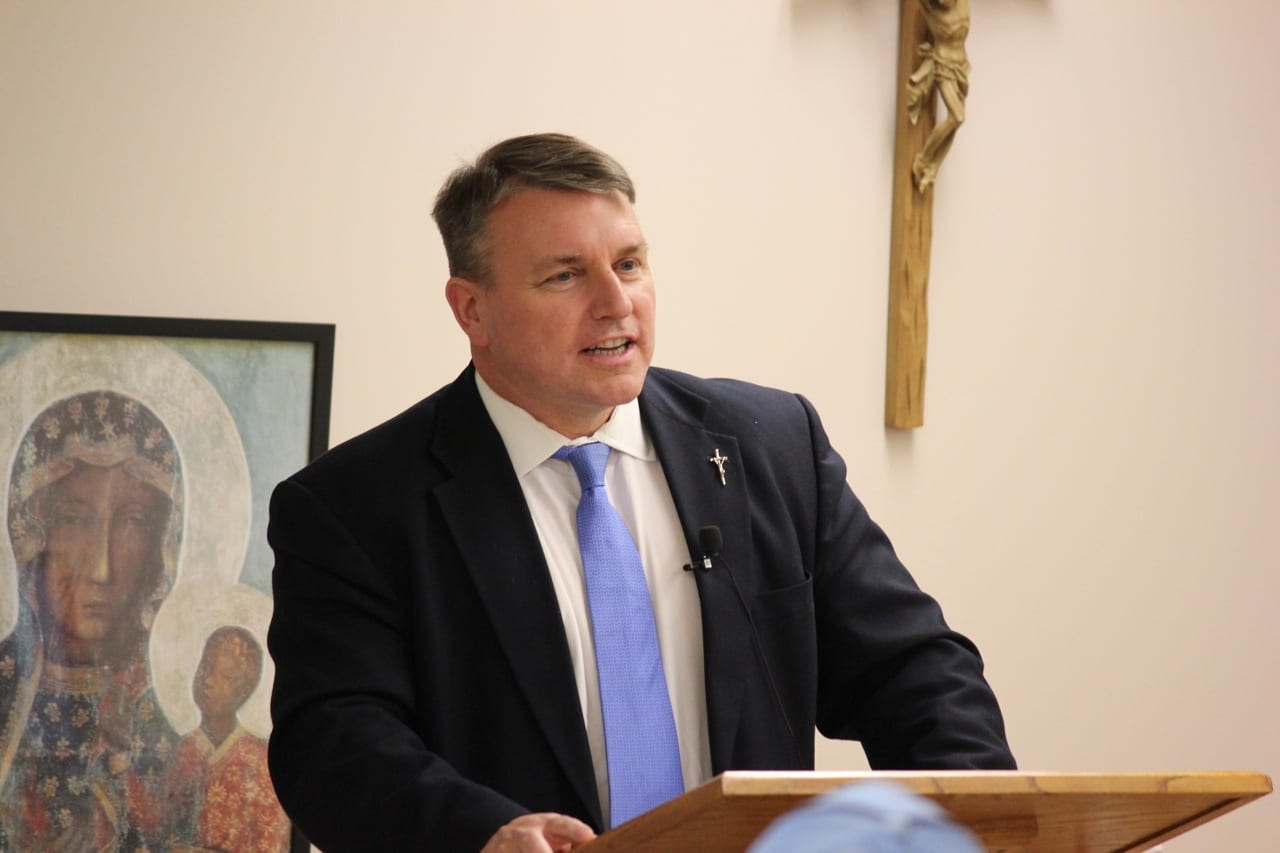 Mandeville LA – [This essay appeared in the May-June issue of The Saint Austin Review. It is an appropriate and well written answer to those further injuring Christ’s Mystical Body by insisting that God doesn’t exist because if he did, no one would be allowed to be injured while inside a church. For that matter, no Christian would ever be injured, maimed, go bankrupt or even die if God really existed, because all those things are evil and bad and God, well…he…isn’t, evil and bad, so…. Just read. – Editor, MC]

“Oh for shame, how the mortals put the blame upon us gods, for they say evils come from us, but it is they, rather, who by their own recklessness win sorrow beyond what is given.”

The problem of suffering, or the problem of pain, as C. S. Lewis called it in his book of that name, has been one of the most difficult of all the conundrums with which philosophers and theologians have grappled throughout the ages of man.

Why does suffering happen? Does it have any purpose or meaning, or is it pointless and senseless? If God exists, is he to blame for all the suffering in the world? And if he is to blame, what sort of sadistic God rules the cosmos? And, since such a God would militate against everything the philosophers and theologians have taught about the perfection of God, wouldn’t the existence of suffering prove the non-existence of God?

These are great questions, which shouldn’t be shunned or shrugged off by those who have faith in the existence of God, or, for that matter, by those who have no faith in His existence. In short, the problem of pain is a challenge to our understanding of the cosmos, whether we are believers or non-believers, whether we are Christians or atheists.
​Many great insights into the meaning of suffering can be found in the arts, especially in the art of literature, which complement the struggles of the philosophers and theologians to get to grips with this most axiomatic of problems. From the earliest days, the poets have asked this question and have even suggested answers. Take, for instance, the words of Zeus quoted above. Homer puts these words into the mouth of the Father of gods and men in his epic, the Odyssey, to address the question of suffering but also to suggest an answer. It is not the gods who are to blame for suffering, says Zeus, but the recklessness, i.e. sinfulness, of men. Homer shows repeatedly that men are their own worst enemies, heaping suffering upon suffering upon themselves through their own selfish actions. Achilles’ anger is shown to be destructive to his friends as well as his enemies, and ultimately to himself. Paris’ elopement with Helen launches the thousand ships that destroys Troy. The reckless disobedience of Odysseus’ men leads to their destruction, as does the recklessness of the suitors besieging the beautiful Penelope in Ithaka.

Sin is self-destructive. In this sense Zeus is absolutely right. We have no right to blame the gods, or God, for our suffering if it has been caused by our own recklessness. We only have ourselves to blame.

So far so good.

Perhaps Zeus might answer these questions with the retort that the gods are not to blame for the sins of men. In other words, if Hector and his wife and child are blameless, so are the gods. Blame Achilles and Paris for the destruction of their innocent victims, Zeus would retort, but don’t blame me.

There is, however, a further question that arises from Zeus’ defence of himself. If he is so powerful, why does he permit the innocent to suffer? Why should the sins of the guilty cause suffering to the guiltless? If God could prevent such suffering of the innocent victims of sin but refrains from doing so, isn’t he also to blame? Isn’t he in some way an accessory to the sin? In other words, how can a good God permit bad things to happen to good people?

There is a hint that Zeus, or at least Homer, had asked these difficult questions insofar as Zeus states that the recklessness of mortals brings sorrow “beyond what is given”. In other words, even without human recklessness, some suffering “is given”. One thinks perhaps of earthquakes or other natural disasters. Why does God permit such things to happen? The answer is that they are “given” as a gift to bring us to our senses because the proud heart cannot love unless it is broken. “And I will give you a new heart,” says the Lord, “and put a new spirit within you: and I will take away the stony heart out of your flesh, and will give you a heart of flesh.” “But God’s eternal laws are kind,” writes Oscar Wilde, “and break the hearts of stone.” And so broken hearts are necessary because, as Wilde asks, “how else but through a broken heart may Lord Christ enter in?”

Oscar Wilde’s poignant question solves the problem of suffering and reveals the secret of Love. The One True Lover allows Himself to suffer so that we can see the meaning of love, and therefore the meaning of suffering, in the vision and presence of His wounded Beauty.