Mandeville, LA – Exclusive Audio and Transcript – Like many people out there, Robert believes that there are only two candidates for President, but there’s not.  There’s also Gary Johnson and Virgil Goode. So no, you don’t have to vote for the BIG R or the BIG D, you can vote for another party… but you should always vote your conscience. Check out the rest in today’s audio and transcript….

Mike:  Robert is in New York.  Robert is steaming, hopping, angry mad.  Why are you mad, Robert?

Caller Robert:  Good morning, Mike.  It seems like with Obama, our nation is headed about 100 miles an hour over a cliff.  To listen to you talk about Romney, it seems that maybe Romney might slow this thing down to about 60 miles an hour over the cliff.  The reality is, we only have two choices.  If we slow it down, hopefully a little bit, at least it’ll give the American —

Caller Robert:  Well, I’m just talking about the two candidates that we know, one Democrat and one Republican, that people, as a norm, are going to go vote for, Mike.

Mike:  I know, yes, I know, the sheeple only have two choices.  It’s the same every November in our quadrennial circus that we call a presidential election.  Yes, I’m well aware.

Caller Robert:  Okay, so the reality is you have this media who only let everyone know that there are two choices.  We’re up against the whole media.  We’re up against what we have in terms of these individuals who are now the frontrunners in this election.  We’ve basically got two choices, Mike.

Mike:  I asked a question earlier today, Robert, if Vladimir Putin were running against Obama as a Republican, would you vote for him?  He’s not Obama.

Caller Robert:  If in fact Vladimir would slow this thing down to 60 miles an hour —

Mike:  He would!  He would!  If Raul Castro were on the ballot with a capital R in front of his name against Obama, would you vote for him?

Caller Robert:  If it would slow this train down, I would vote for him.

Mike:  What evidence do you have that it’s going to slow the train down?

Caller Robert:  That’s the whole point, we don’t have any evidence.  When I listen to you, it’s almost like there’s no difference between Obama and —

Caller Robert:  Yeah, but Mike, the way you —

Caller Robert:  The most poignant point that substantiates what I’m saying was the lady that called yesterday that said she was more or less an independent but now she’s thinking or considering not voting for Romney.  Mike, there are a lot of independents who are in that same category right now.

Mike:  Robert, you seem to have misunderstood my job title.  I am not the shill-in host for the GOP.

AG:  You don’t want — I think it’s foolish to say you’d want a radio host that you’d listen to to be disingenuous.

Mike:  Explain to me what you want then.

Caller Robert:  What you need to understand, Mike, what we have in terms of our two choices, no matter how you look at it, Romney, for right now, seems better as a choice than Obama.  We know what we got with Obama.

Caller Robert:  Yes, Mike, but at the same time, I’m trying to tell you as a listener out here listening to you, it’s not coming across like that.  It’s coming across as if, virtually speaking, this man is so full of flaws in all that he does that why would an independent want to change course and vote for him when they know what they got in Obama?

Mike:  He’s just babbling now.  He wants me to lie.

AG:  Do you want Romney talking points from Mike?

Mike:  Sure, that’s exactly what he wants.

Caller Robert:  No, that’s not what I want.  At the same time, even if — that doesn’t mean that everything you think, Mike, that you have to say.

Mike:  Robert, I’m going to give you an alternative.

AG:  Wait, the idea that everything you think you don’t have to say —

Mike:  I’m just amused by this.  Here, Robert, try this out.

Mike:  This is so much better than me running my mouth, a little Hilary Duff here on a Friday.  Sing it with me, Robert.  [Mike singing]  Isn’t this better, Robert?  So Robert, you have Mike and his opinions or you have Hilary Duff.  Choose.

Mike:  How am I the enemy?  So the truth is the enemy then?

Caller Robert:  It’s not about that.  It’s how you present the truth.

Mike:  All right, Robert, if you’re not going to sing, I’m going to have to let you go.

Mike:  How do you want me to present it, Robert?  I’m trying to not yell here because then I’ll get hate mail saying that I yelled at you.  I’ve given you, let me look at the timer here.  Well, Hilary Duff shared some of your time.

Caller Robert:  Yeah, she got an awful lot of my time.

Caller Robert:  All right, Mike, here’s the deal.  It’s not so much what I want you to say, I want you to understand that right now, with the independents, what you’re doing, the way you’re doing what you’re doing, the independents have no reason to change course because you have blurred the lines so much.  You’ve spent so much time on this negative of Romney to the point where why would any . . . want to change that he knows he already has in Obama?  Ultimately, you’re going to hurt this election process, Mike.

Caller Robert:  We’re headed over a cliff and we’ve got to slow —

Caller Robert:  We are, Mike, we are.  We’ve got to slow the train down somehow.  The only way —

Mike:  You know how you slow the train down, Robert?  You elect a Congress that has read Article I of the U.S. Constitution and stops funding Obama’s operations.  This can be done — by the way, this can be done today.  You don’t have to have an election to have that done today.  That’s another truth that we don’t want to get into, isn’t it?

Caller Robert:  No, no, that’s fine, Mike, because the reality is we now know because you point it out so well.  We’ve got a total decepticon Congress.

Caller Robert:  That’s why we got to slow this thing down.

Mike:  All right, Robert.  I’m just a passenger.  You’re driving the Amtrak, not me.  [laughing]  We don’t have enough time.  We’re going to have to take a break.  I’m amused.  The truth is the enemy within.

Mike:  Host honesty is not valued by listeners.  We should get J.D. Power and Associates to study this.  [mocking] “J.D. Power and Associates study concluded that 78 percent of Americans want hosts that do not have honesty.”  What you want is someone to repeat to you “Baaaa” what the sheeple are saying maybe?  I’m going to get a new Hilary Duff record.  We’ll be right back. 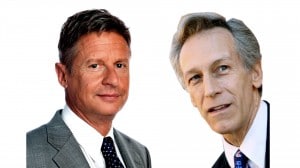 0Shares
ConstitutionGary Johnsonhilary duffObamaromneyvirgil goodevladimir putin
Previous PostWhen Bailout Money Leads To The Biggest Bailout Of All TimeNext PostWhat Exactly IS QE3 and What Does it Mean For You?

Mike my Lord Jesus gave me this conscience at birth and I am sick of someone who tells me if you vote for this person or that person your vote is for the incumbent. I did not put that man in office as they have suggested yet those so-called elitists will not vote to rid this country of evil. No they will vote for the lesser of. No more not this little “r” republican. You keep teaching and I will keep spreading the truth.

I just had to go back and listen to this one more time, Mike. I needed a laugh today. Just for grins, I am going to share this on Facebook and see how many “likes” I get. Who knows – maybe you’ll gain a few new listeners? (Don’t hold your breath, though – my posts usually bring out all the crickets.)

I agree with you it was funny 🙂

I can say that I have almost felt the same as Robert on a few occasions, but then I remind myself of what Mike has said about his decision and relax. I had voted Libertarian from the late 90’s up to 2008, I guess I had bought into the mindset that it was the most important election ever and that if those evil progressives got in control it would be the end of America, well they did. They controlled the house, senate and president for two years and unless someone reconnected The Matrix cable, I have yet to see the end of the world. This time around, I will probably vote along the same lines as Mike, but what is different this time is that I have decided to get a lot more involved, not working for the Romney campaign, but with FreedomWorks in spreading the word that it is not up to 1 or a handful of individuals that we send to Mordor on the Potomac, but We The People to tell our representatives what we want for a government. I have been making phone calls and writing to representatives, not yelling and screaming but with thoughtful reason. In addition I have been trying to spread the word through social media and promoting projects like WLK that it wasn’t always like this and that we can change it if we are all willing to put in the effort.

I think Robert is doing what he thinks is right but is angry that we are not all marching in unison chanting U.S.A. U.S.A. to the Romney-Ryan drummer. Some of my most thoughtful discussions come from talking with my liberal and progressives friends, and yes I have many. Some even think I am one too because I don’t call them names and rabidly chant the GOP party line in our talks, but try to make my point through reason.

I only heard a portion of this call before leaving for work. I listened to BOTH rebroadcasts at work specifically to get all of Robert’s call, but had to wait till I got home to listen to it in its entirety. Robert – this is for you – you’ll be glad to know that after listening to your empassioned position I’ve decided to vote for the Libertarian candidate. Thanks for helping me make that decision!

That was great Mike, I needed a good laugh. It’s reading transcripts like this one, when I miss my Sirius subscription. I could only imagine what that conversation sounded like.