If You Don’t Like Being Harassed By Mordor 800 Miles Away, How Do You Think Russians, 8,000 Miles Away Feel?

Mandeville, LA – Exclusive Transcript – “Now we have to go to the far corners of the earth, all the way to Russia, to find someone that recognizes the age-old practice of achieving some political victories and some political sovereignty, especially for people who think and act alike and want to commiserate for like causes, we have to go all the way to Russia, to the Kremlin to find a supporter of it.”  Check out today’s transcript for the rest…

Mike:  Just imagine this.  The neocons and progressives are now making a case that the people of Crimea and their own self-determination are wrong, and that Vladimir Putin is the bad guy in all this because he is defending the right of self-determination, or if you want to put it in another context, he is defending the right of secession.  Now we have to go to the far corners of the earth, all the way to Russia, to find someone that recognizes the age-old practice of achieving some political victories and some political sovereignty, especially for people who think and act alike and want to commiserate for like causes, we have to go all the way to Russia, to the Kremlin to find a supporter of it.

Eric:  Yeah, but isn’t he somewhat hypocritical?  Wasn’t the whole Chechnyan battle going on?  Isn’t that all about their independence and how they don’t want to be part of Russia as well?  It just seems like people sometimes use this defense when it’s in their favor, is it not?

Mike:  Here, Patrick J. Buchanan today, who and what is Vladimir Putin?

But if Putin is not a Russian imperialist out to re-establish Russian rule over non-Russian peoples, who and what is he?

Mike:  You just mentioned Chechnya and I just happened to have read this today.

But why would Russia, today being bled in secessionist wars by Muslim terrorists in the North Caucasus provinces of Chechnya, Dagestan and Ingushetia, want to invade and reannex giant Kazakhstan, or any other Muslim republic of the old USSR, which would ensure jihadist intervention and endless war?

If we Americans want out of Afghanistan, why would Putin want to go back into Uzbekistan? Why would he want to annex Western Ukraine where hatred of Russia dates back to the forced famine of the Stalin era?

To invade and occupy all of Ukraine would mean endless costs in blood and money for Moscow, the enmity of Europe, and the hostility of the United States. For what end would Russia, its population shrinking by 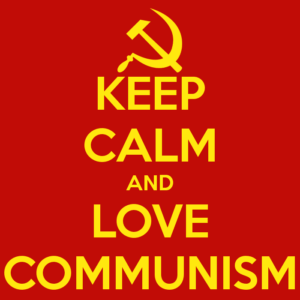 half a million every year, want to put Russian soldiers back in Warsaw?

But if Putin is not a Russian imperialist out to re-establish Russian rule over non-Russian peoples, who and what is he?

In the estimation of this writer, Vladimir Putin is a blood-and-soil, altar-and-throne ethnonationalist who sees himself as Protector of Russia and looks on Russians abroad the way Israelis look upon Jews abroad, as people whose security is his legitimate concern.

Consider the world Putin saw, from his vantage point, when he took power after the Boris Yeltsin decade.

He saw a Mother Russia that had been looted by oligarchs abetted by Western crony capitalists, including Americans. He saw millions of ethnic Russians left behind, stranded, from the Baltic states to Kazakhstan.

He saw a United States that had deceived Russia with its pledge not to move NATO into Eastern Europe if the Red Army would move out, and then exploited Russia’s withdrawal to bring NATO onto her front porch.

Had the neocons gotten their way, not only the Warsaw Pact nations of Central and Eastern Europe, but five of 15 republics of the USSR, including Ukraine and Georgia, would have been brought into a NATO alliance created to contain and, if need be, fight Russia.

What benefits have we derived from having Estonia and Latvia as NATO allies that justify losing Russia as the friend and partner Ronald Reagan had made by the end of the Cold War?

We lost Russia, but got Rumania as an ally? Who is irrational here?

Cannot we Americans, who, with our Monroe Doctrine, declared the entire Western Hemisphere off limits to the European empires — “Stay on your side of the Atlantic!” — understand how a Russian nationalist like Putin might react to U.S. F-16s and ABMs in the eastern Baltic?

In 1999, we bombed Serbia for 78 days, ignoring the protests of a Russia that had gone to war for Serbia in 1914. We exploited a Security Council resolution authorizing us to go to the aid of endangered Libyans in Benghazi to launch a war and bring down the Libyan regime.

We have given military aid to Syrian rebels and called for the ouster of a Syrian regime that has been Russia’s ally for decades.

Mike:  In other words, what Buchanan is saying, like what Kevin Gutzman was saying yesterday, we’re trying to start a war with this guy.  We are trying to make the great Russian peoples our enemy.  They’re not our enemy.  Are communists our enemy?  Yes.  Are the Russians currently communist?  Not that I’m aware of.  Are there some?  I’m sure there are.  So what?  There are communists in New Jersey, for heaven’s sake.  Hey, newsflash: There are communists in the American government, some of them you know by name.  We are allowing our big, bad, bully government, aided and abetted by its big, bad, bully military to try and bully Russia into doing what we want it to do instead of letting events transpire the way they might between Europeans and European peoples.

[mocking ] “We’ve got to get in there.  We’re not the power we used to be,” some thunder on the radio.  Really?  Is that the power we have to wield to tell a civilization that predates George Washington’s family coming over in the 1600s to settle the northern part of Virginia that we have to be able to dictate to them

their political systems, where their borders are to be drawn, who they must ally with and how they must conduct their affairs, really?  Why do you desire such a power?  What kind of an arrogant maniac are you?  We can’t be humble in the way our forefathers were and mind our own damn business, no.  We’re not a global force then.  So what?  Will I get bread and milk and butter in

Madisonville, Louisiana if we’re not a — will I still be able to go redfishing?  [mocking] “No, Mike, the Russians are going to come and invade the Gulf of Mexico.”  We’re kind of giving them an excuse to do it, aren’t we?  So drunk, though, on the supremacy of our own existence, we can’t even see that maybe, just maybe on this ginormous planet of ours there are a few other hundred million people that deserve to exist and live the way they want to live.  For crying out loud!  We resent the fact that the general national legislature monster tries to influence our affairs from 800 miles away.  What do you think people that live 8,000 miles away think about it?